Ambergris Caye and the Blue Hole

Ambergris Caye is Belize’s largest island and known for three things: water sports, eating and drinking.  Off the eastern shore, Belize’s barrier reef features famed dive sites that have an abundance of sea life, plus the Blue Hole is not too far away.

We spent four days in San Pedro, the main town in Ambergris Caye and the perfect base for our diving adventures.

Upon landing at Belize International, I gathered my stuff and headed over to Tropic Air.  A scenic 15-minutes in the air and I was in the tropical paradise of San Pedro.  After dropping off my bags at our guesthouse, we grabbed a drink on the beach at Palapa Bar and then rented a golf cart, the primary mode of transport around the island to explore the town.  We had a slight malfunction with the golf cart and broke down while exploring the DFC, the local neighborhood in San Pedro, so we decided we had explored enough and it was time to head back to the beach and grab a drink at our neighboring bar, Sandbar.  We met a fellow New Yorker, Theo, and all headed out to Wild Mangos for dinner, before calling it a night.

The next three days were filled with fresh seafood and diving in the crystal clear waters around San Pedro.

We started the first day with local dives – a great way to explore the reef, which is only a half mile offshore.  We did two dives – Mermaid’s Lair and San Pedro Canyons.  Both were spectacular and filled with amazing sea life, including a number of reef sharks and nurse sharks.  We were tired following the dives so we did what any New Yorker would do – order pizza.  If only we had realized that we were on island time, so pizza delivery would take 2 hours! 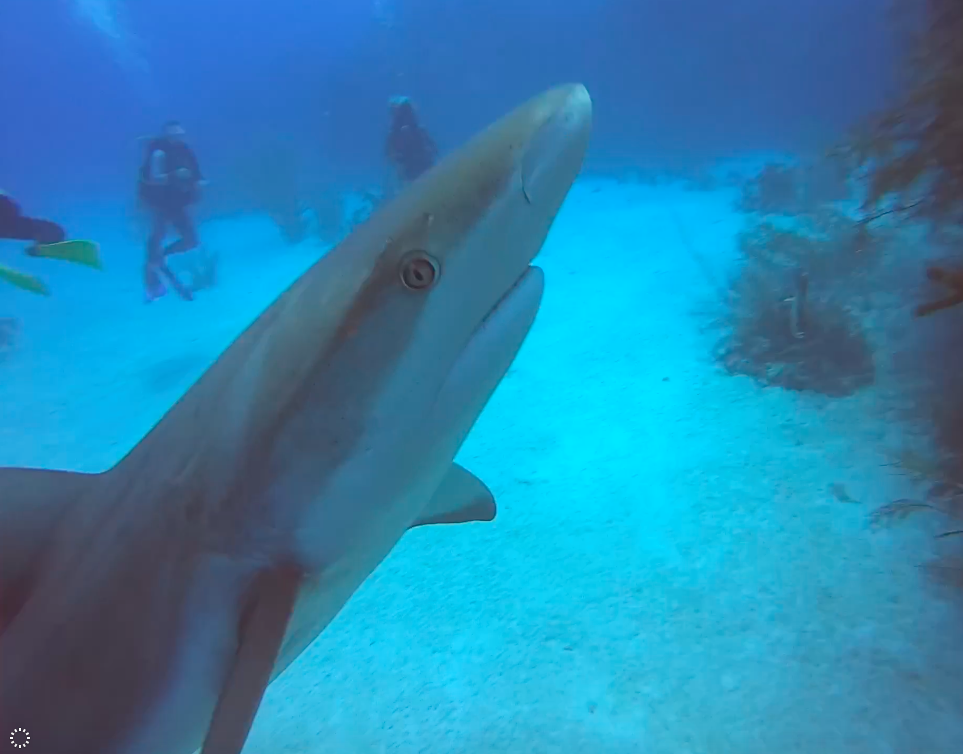 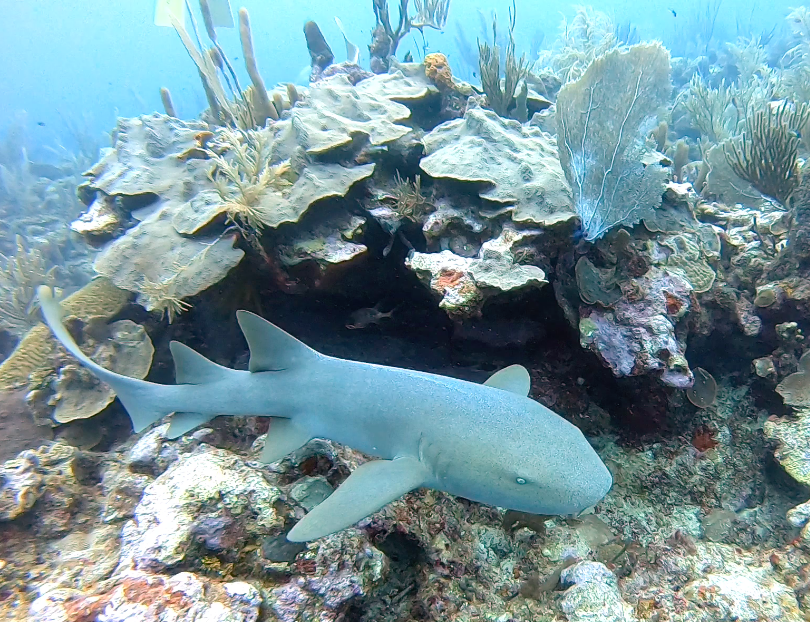 Our second day of diving was an adventure.  We were picked up at 6:30am on the Sandbar dock and taken to the dive shop, and even in that 10 minute boat ride, the storm had us completely windblown and drenched.  And that was just the beginning — the ride out to Turneffe was a 90 minute bumpy, cold and rainy experience.  The swells in the water were so large, that for each dive, we needed to descend immediately and meet the group at the bottom.  Fortunately, once down at 6 meters, the water was calm and clear, still making for three amazing dives.  We dived Tarpon Wall, Sayonara and Snake Point. 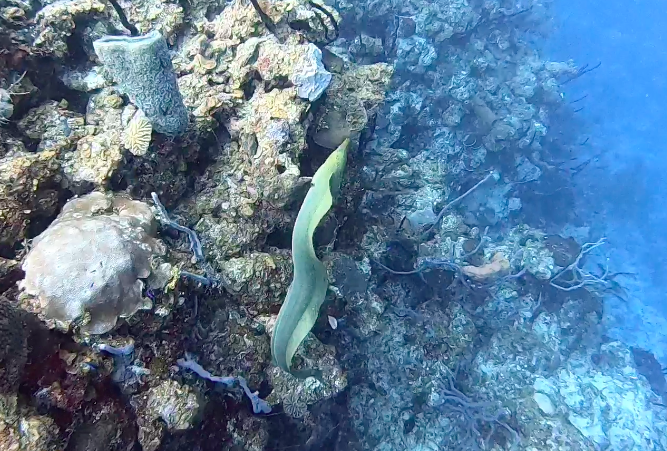 It was a questionable Christmas morning, with pouring rain and winds at 5am.  We were picked up, and jumped on a 2-hour speedboat ride to the Blue Hole for the first dive of the day.

The Blue Hole is a large underwater sinkhole, over 300 meters wide and 125 meters deep, making it the largest natural formation of this type found anywhere in the world.  It first became famous in 1971 when Jacques Cousteau and his crew on the Calypso explored the Blue Hole and confirmed it had been created thousands of years ago when rising tides flooded a network of caves.

The dive into the Blue Hole begins with a descent of 12 meters to a sandy limestone shelf that surrounds the Blue Hole.  At about 18 meters, the shelf becomes an incline that leads up to a dark abyss.  We continued down to a maximum depth of about 43 meters, where it felt like we were in outerspace — giant stalactites along the wall, yet when looking up, it was almost a perfect circular area of topaz water. 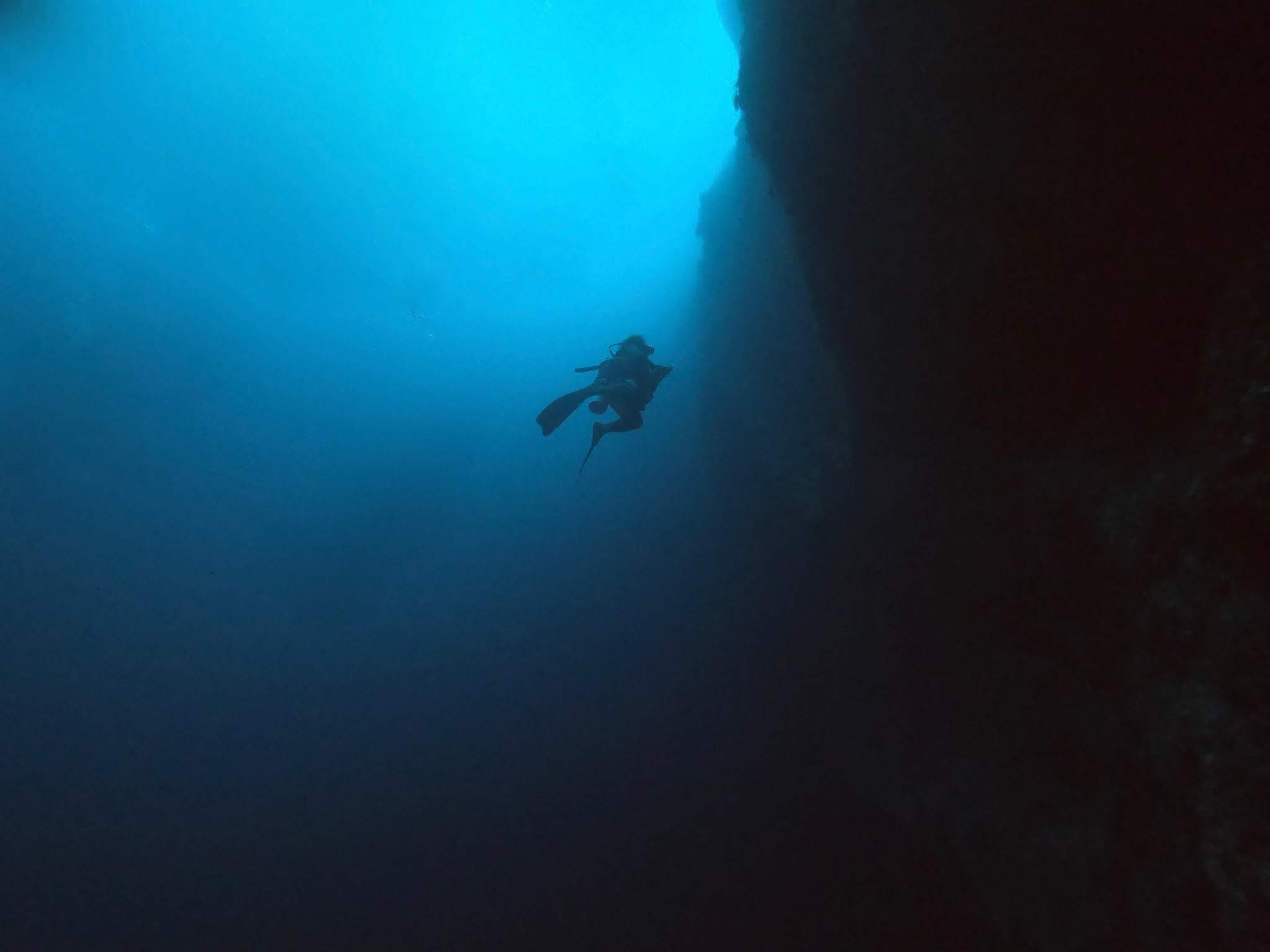 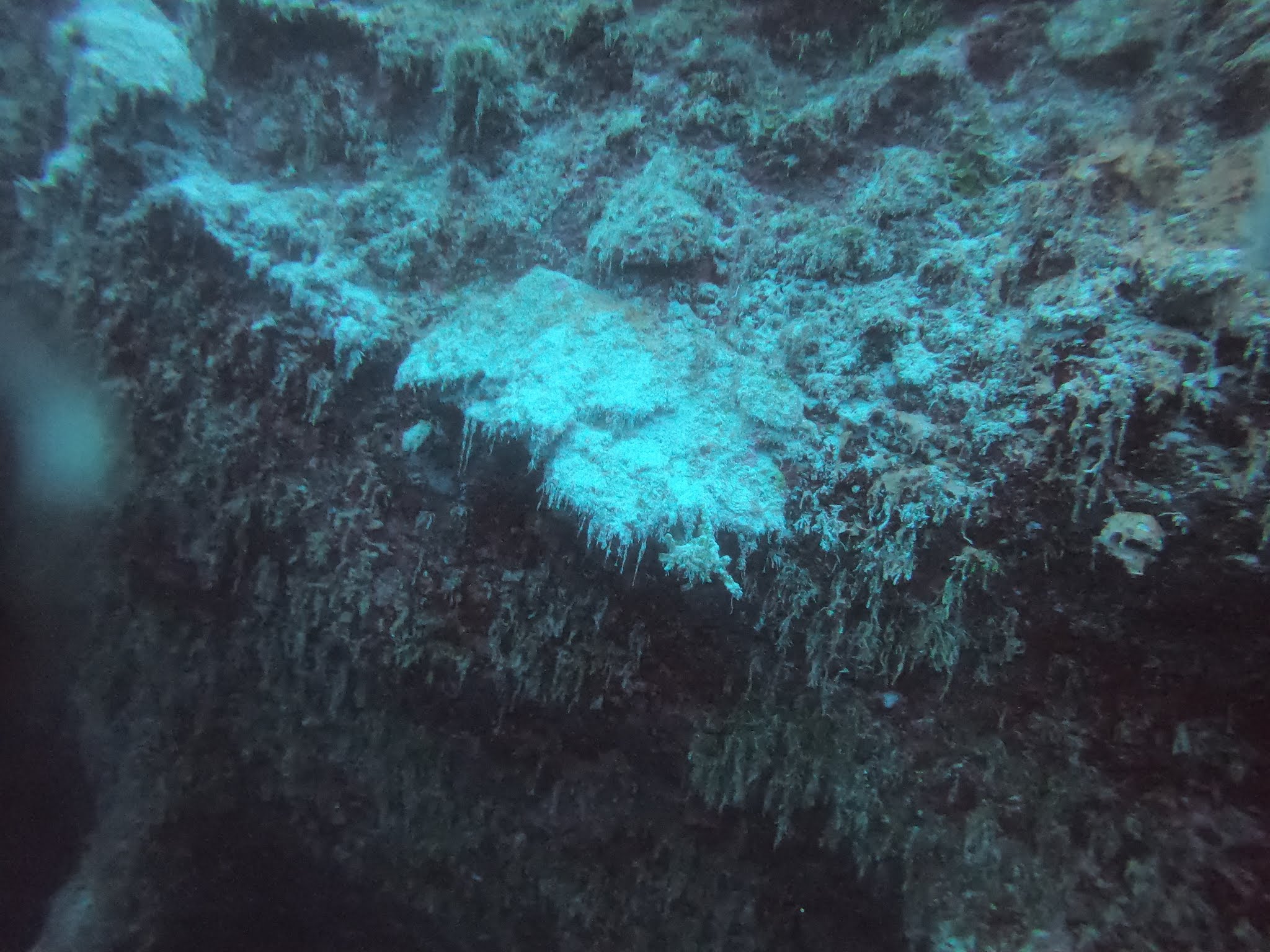 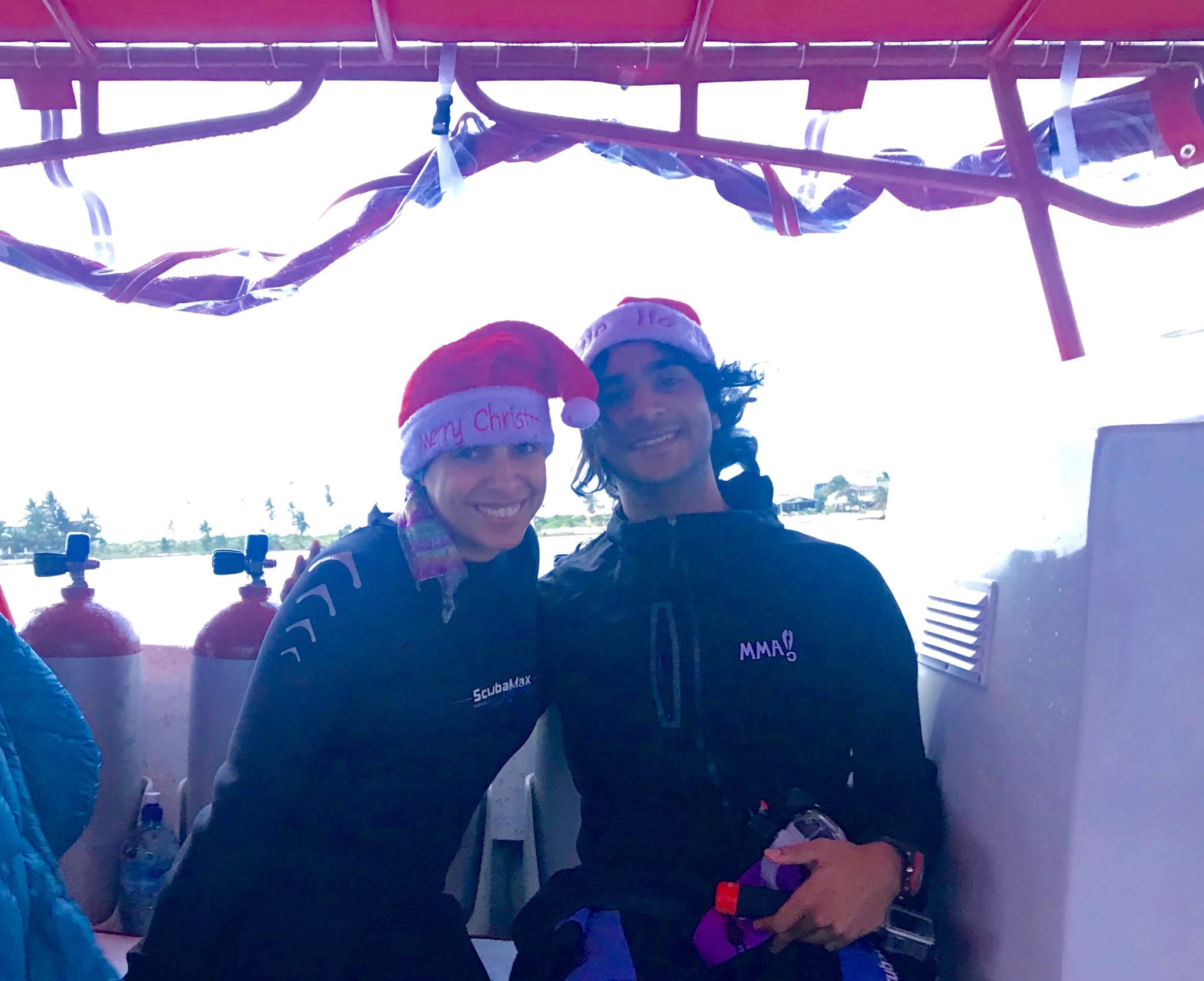 Following the Blue hole, we had an amazing dive at Half Moon Caye Wall, followed by lunch at Half Moon Caye, and then back on the boat for our final dive at Aquarium.  The second two dives were filled with large schools of fish, eagle rays, moray eels, lobsters, crabs, and nurse sharks!  Plus the weather cleared up and the sun came out for these as well! 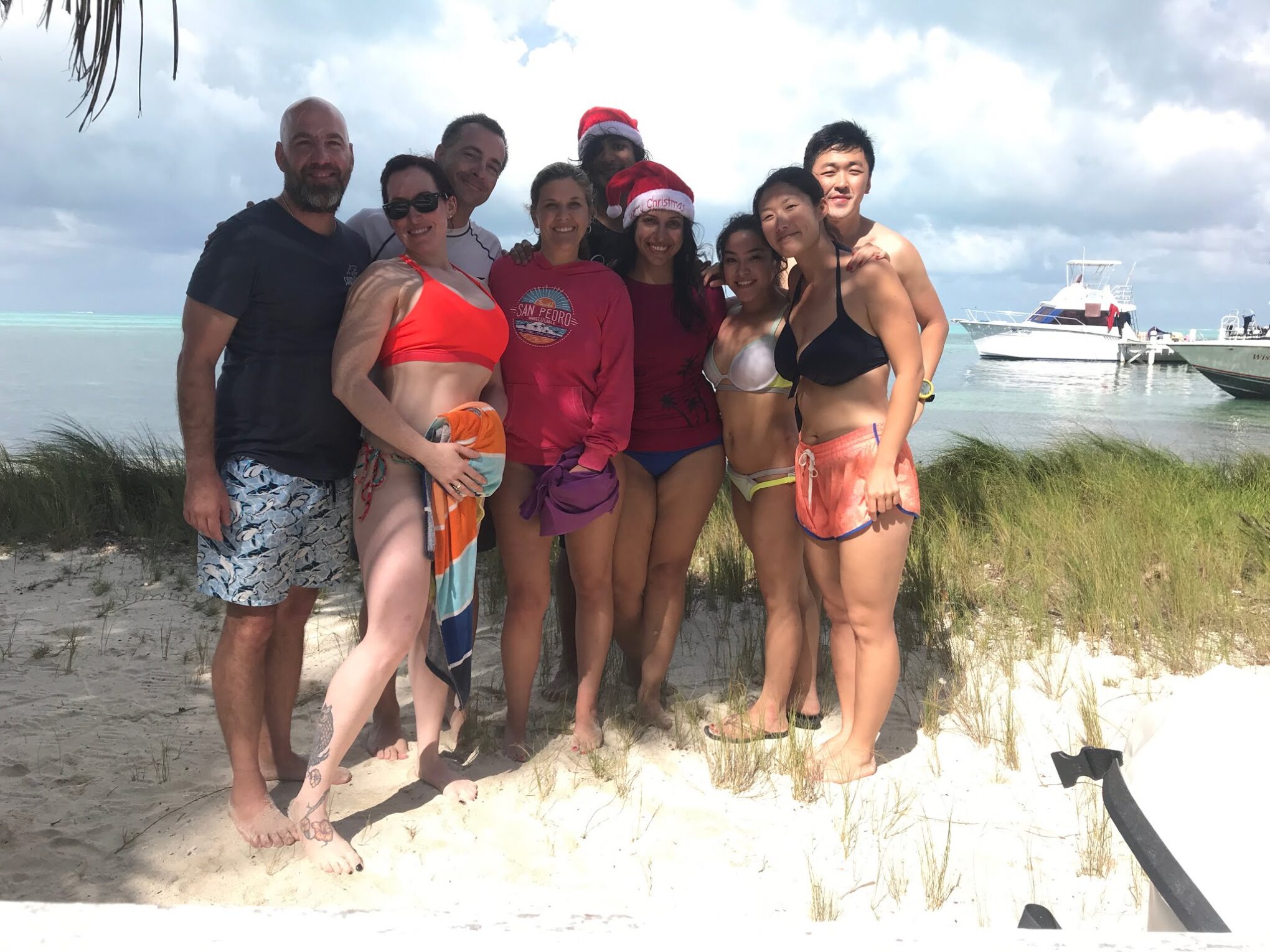 We made our way back around 5:30 and ended Christmas with dinner with our local friend, Philip. 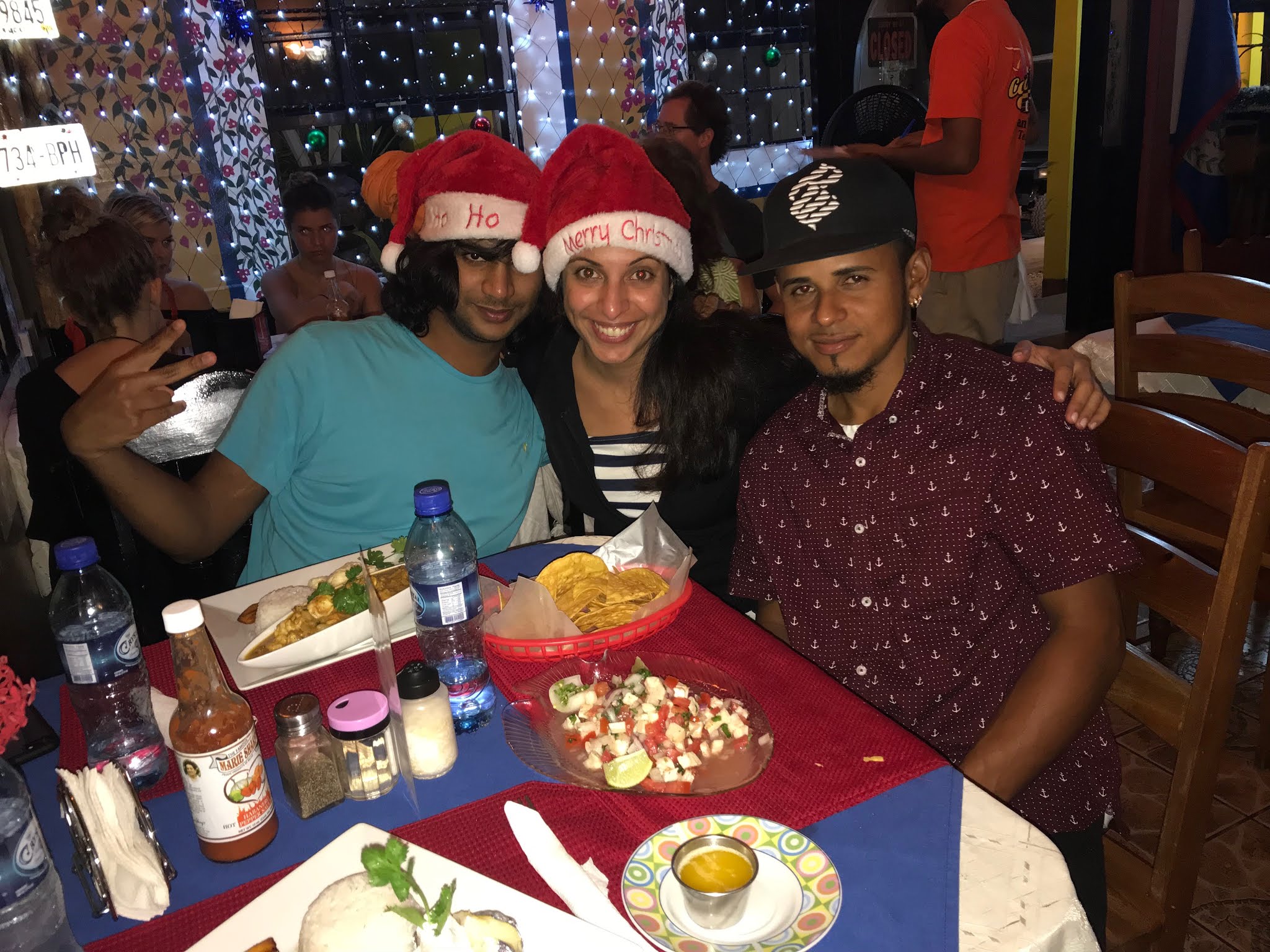 Since we were flying out on the final day, it meant we couldn’t go diving.  Therefore, we jumped on the local ferry to check out Caye Caulker, a laid back neighboring island.  We fed the tarpons and then hung out at the Lazy Lizard on the Spit for a couple drinks.  It was a gorgeous day, but how spoiled we had become with good restaurant options, we decided to go back for lunch in San Pedro instead. 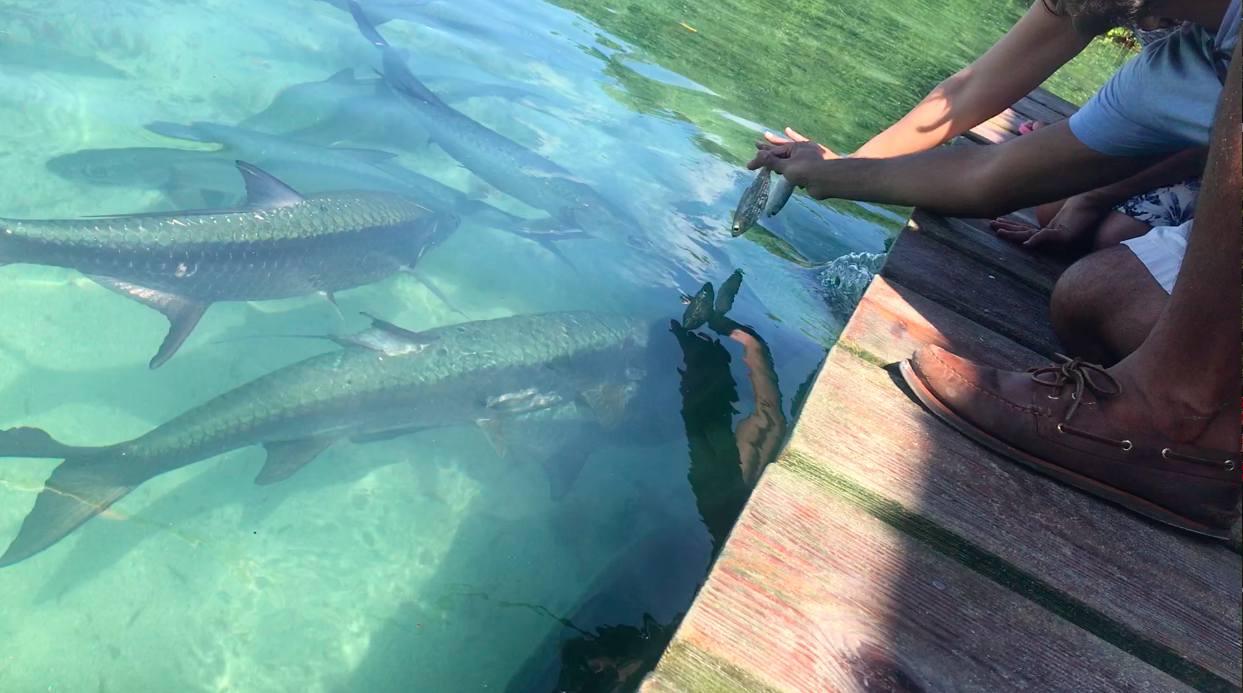 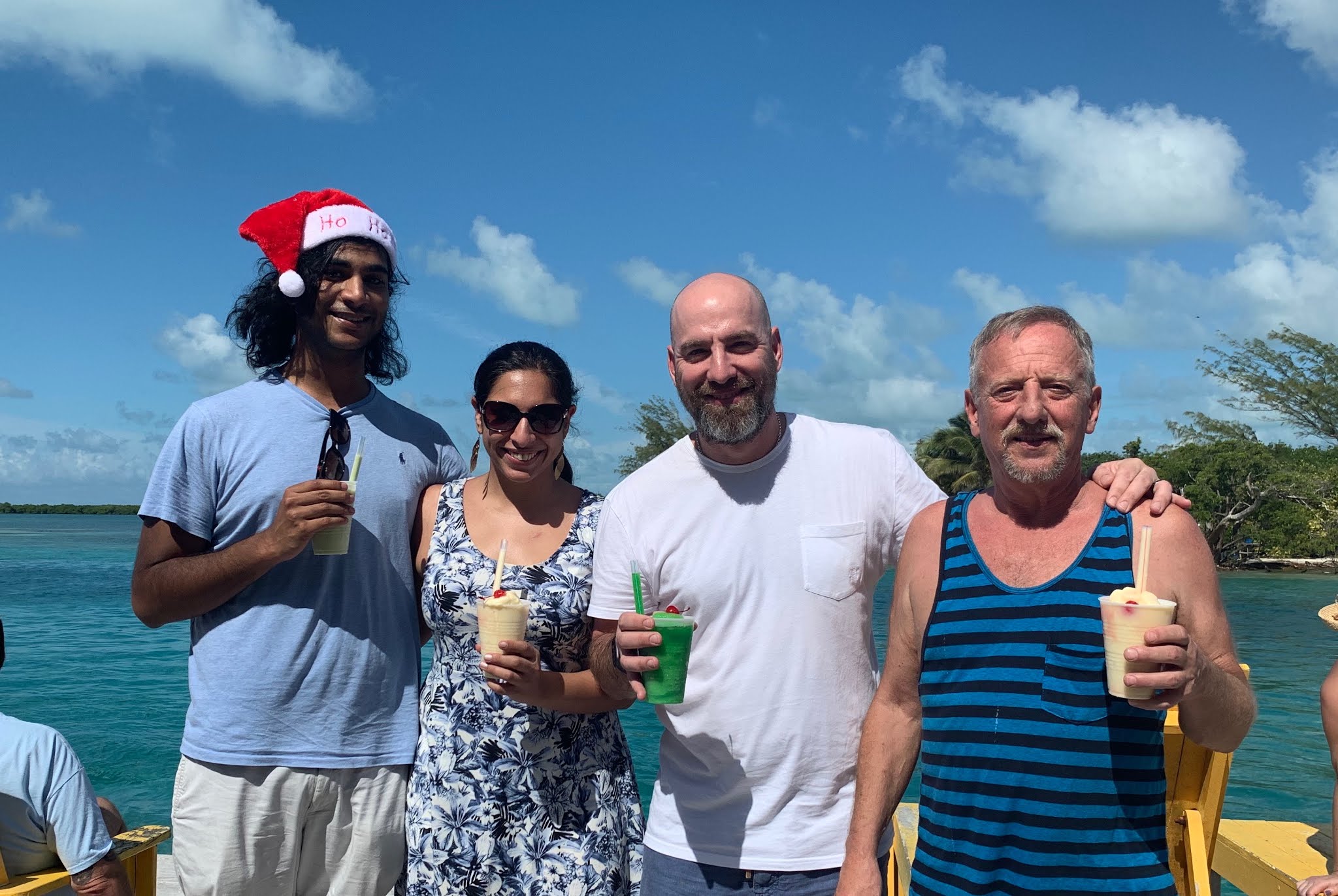 As we were on island time, the ferry was late, but we had just enough time to grab our luggage, lunch at Blue Water, and have a final hot chocolate before flying back to the mainland. 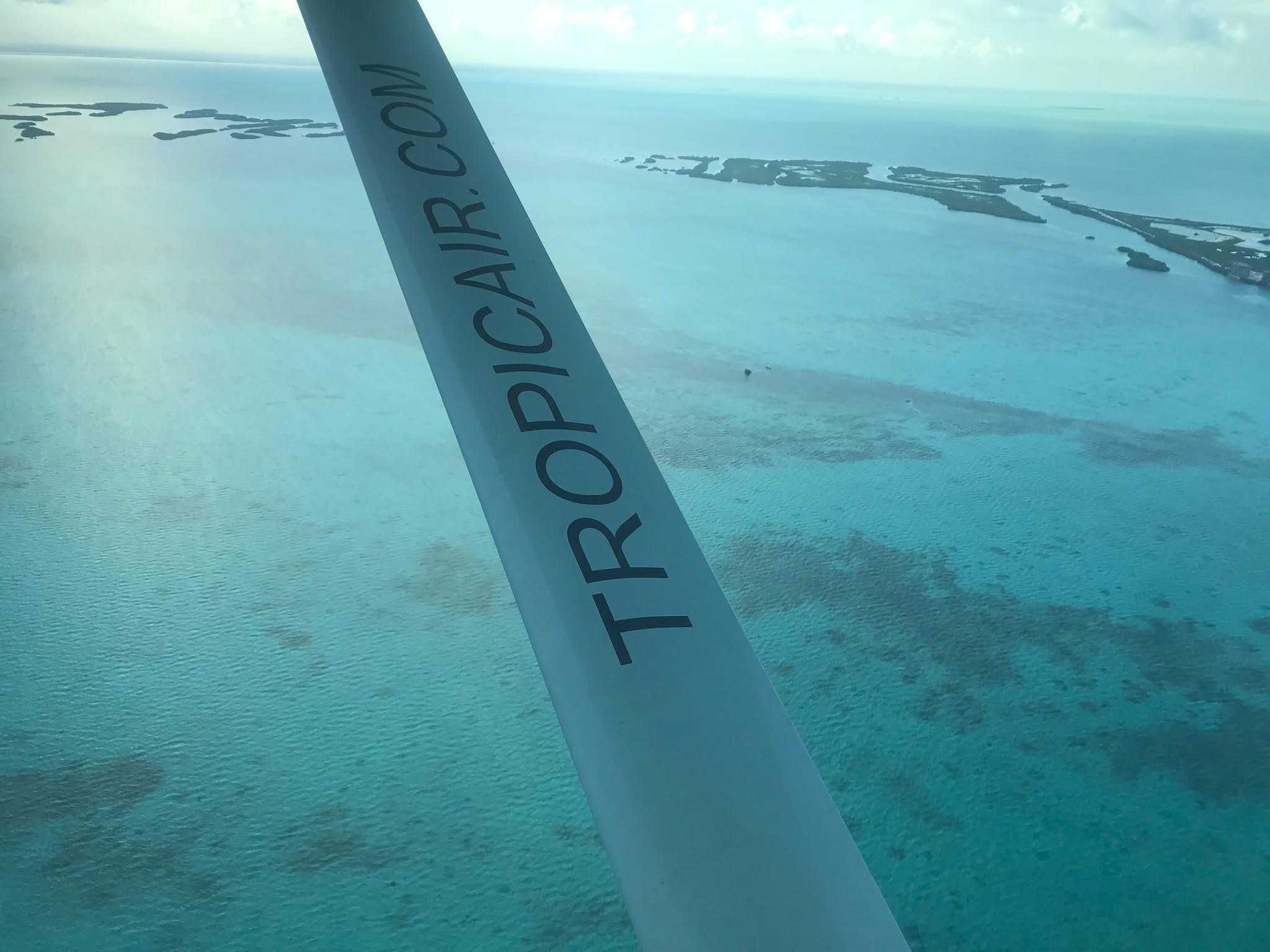 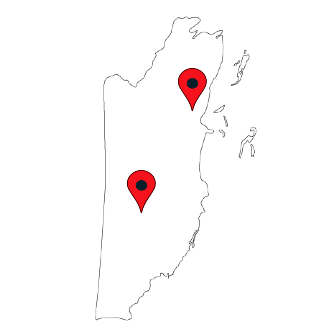 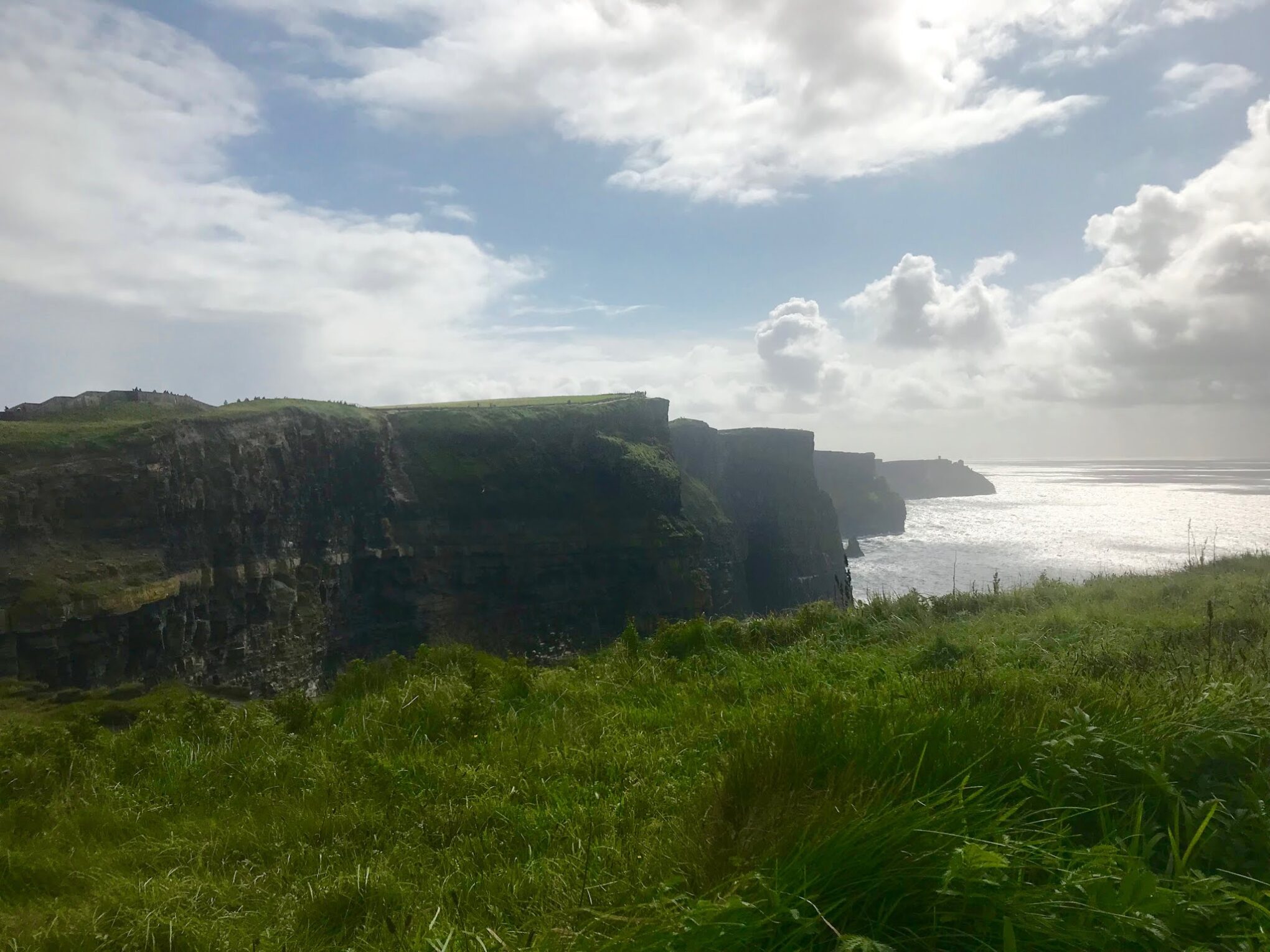 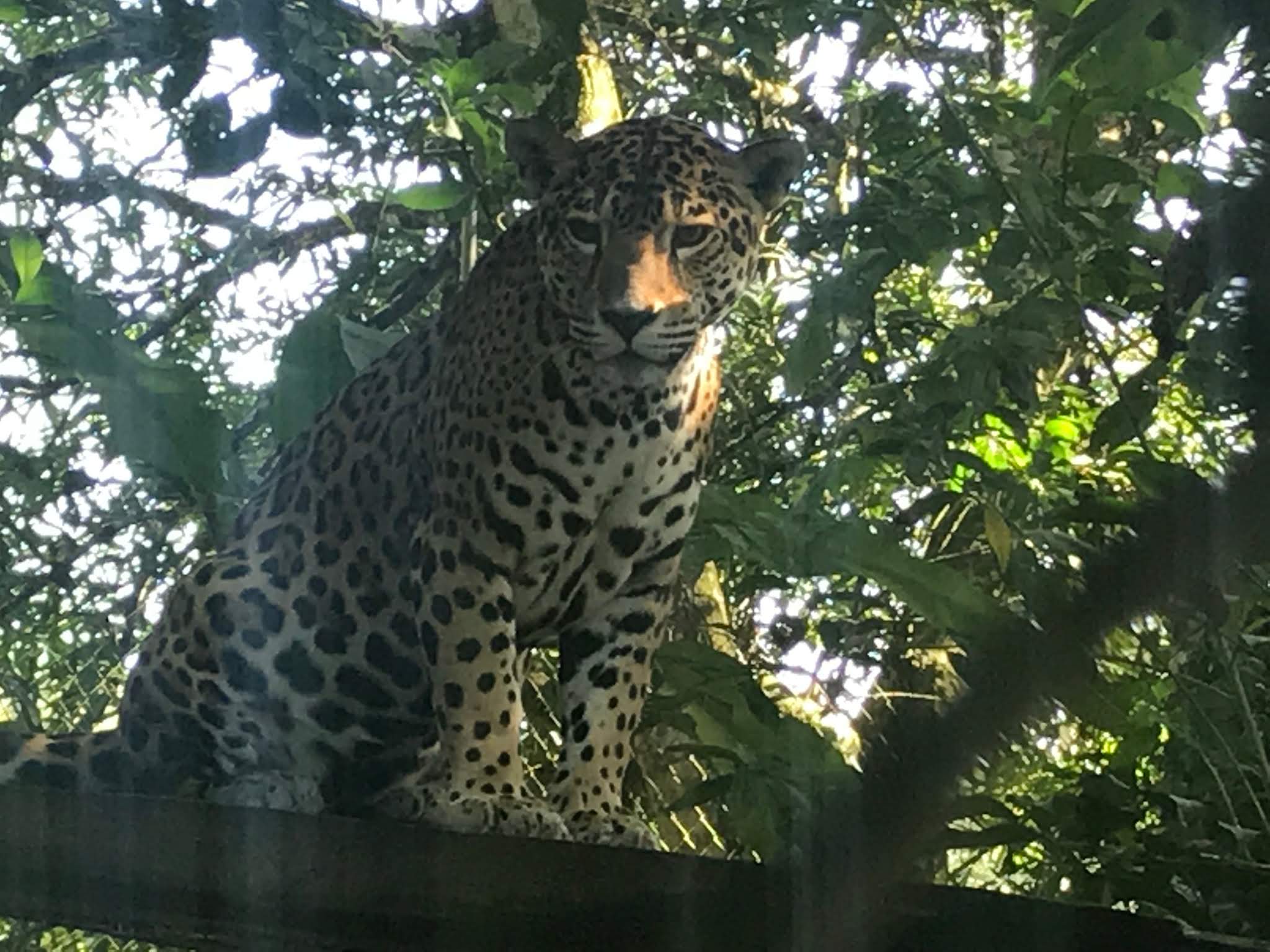