Temples and Pagodas in Bagan

During Bagan’s golden age, there were over 13,000 temples in the area.   Most of this was built between 1057 and 1287, but then swept away by various earthquakes and the invasion of the Mongols in 1287.  Today, there are still about 2,200 temples remaining in various conditions.

Bagan is easy to explore whether you have your own guide or do it on a self-guided visit.  We chose to do our own research and do a self-guided visit of the area, which is easy as long as you find a way to navigate the hundreds of dirt roads that weave between the main roads and lead to all the temples, pagodas and villages.

The sheer number of temples in the 26 square mile radius is impressive.  The site rivals Angkor or even the pyramids, but at least today, has the benefit that it is not over-crowded with tourists.  There are temples that get crowded, but plenty that were completely peaceful – when we found ourselves at some of the lesser known or smaller temples, we found we had it all to ourselves.

It’s also pretty amazing how many pagodas you can still climb – even where the stairs are eroding.  I’d guess this is due to how the area is managed (or not managed).  Additionally, the site suffers from UNESCO pulling out its funding – it had previously donated $15 million to help preserve the area but pulled out because some of the government’s policies did not respect the original structures and therefore did not meet UNESCO standards. The local government is keen to change this and get UNESCO World Heritage status so you can imagine how things may change over the next 3-5 years.  You can already see changes in infrastructure – three years ago, there was minimal mobile reception and a SIM card would cost you a fortune. Today, it is no problem and most hotels have a slow wifi connection, and often a generator for when they lose power (which happened to us a few times).

Nevertheless, there is something magical about Bagan today – the mix of peaceful, crumbling temples with more preserved temples with frescoes and reliefs, along with many variations on Buddha, including many gilded statues is hard to describe. The site is something special and you can easily spend days wandering around to take in the various details of the different temples.

We had three days to explore Bagan, which was perfect – it allowed us to enjoy a leisurely visit and experience sunsets on top of the pagodas, sunrise floating over the temples in a balloon and also time to explore and navigate a variety of temples.  Below are pictures and further details on our itinerary.

Given we landed in the morning from Lake Inle, we decided to have a leisurely day and rent an e-scooter to check out the town, with very little planning.  Navigating with the hotel’s paper map led us the wrong direction, away from the main archeological zone, but it turned out to be a nice surprise.  We arrived at an unnamed temple a few kilometers south of New Bagan which we had all to ourselves. There was a local family onsite who acted as the temple gatekeeper and happily gave us a tour.  The temple was not one you could go up or inside, but we had a chance to crawl through part of the temple walls and get a sneak peak of the inside (although we didn’t venture through the tunnels to see what remained of the Buddha). It was tranquil and an interesting start to our temple adventure. 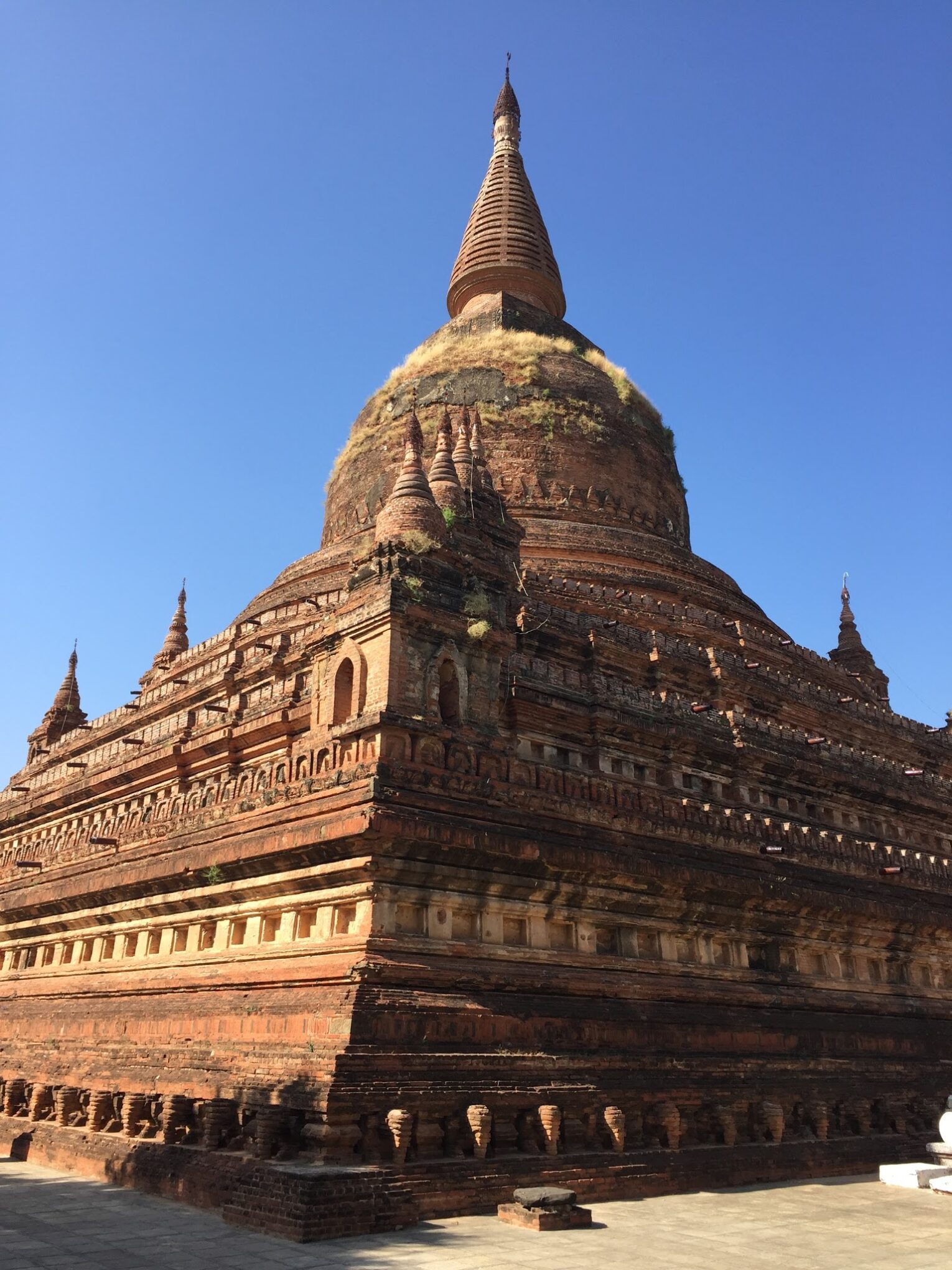 Following that, we made our way toward Old Bagan, stopping at two temples:

This temple was built in the 11th century and is famous because of the mural painting that still remains intact. 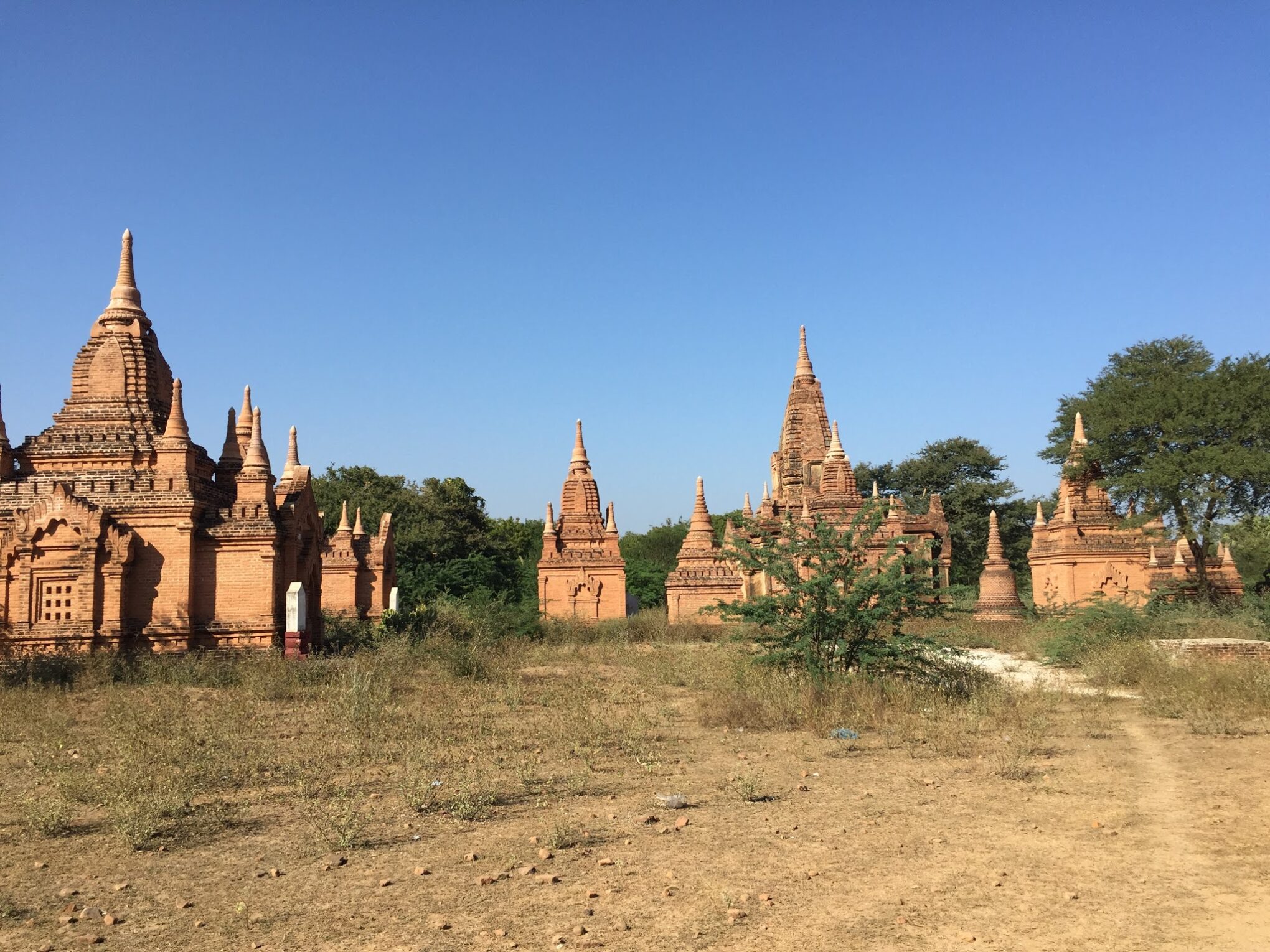 This temple is extremely crowded with both locals and tourists, primarily because it contains three  large sitting style Buddhas and one huge reclining Buddha statue at the back.  Pretty unusual and worth braving the crowds for a short look. 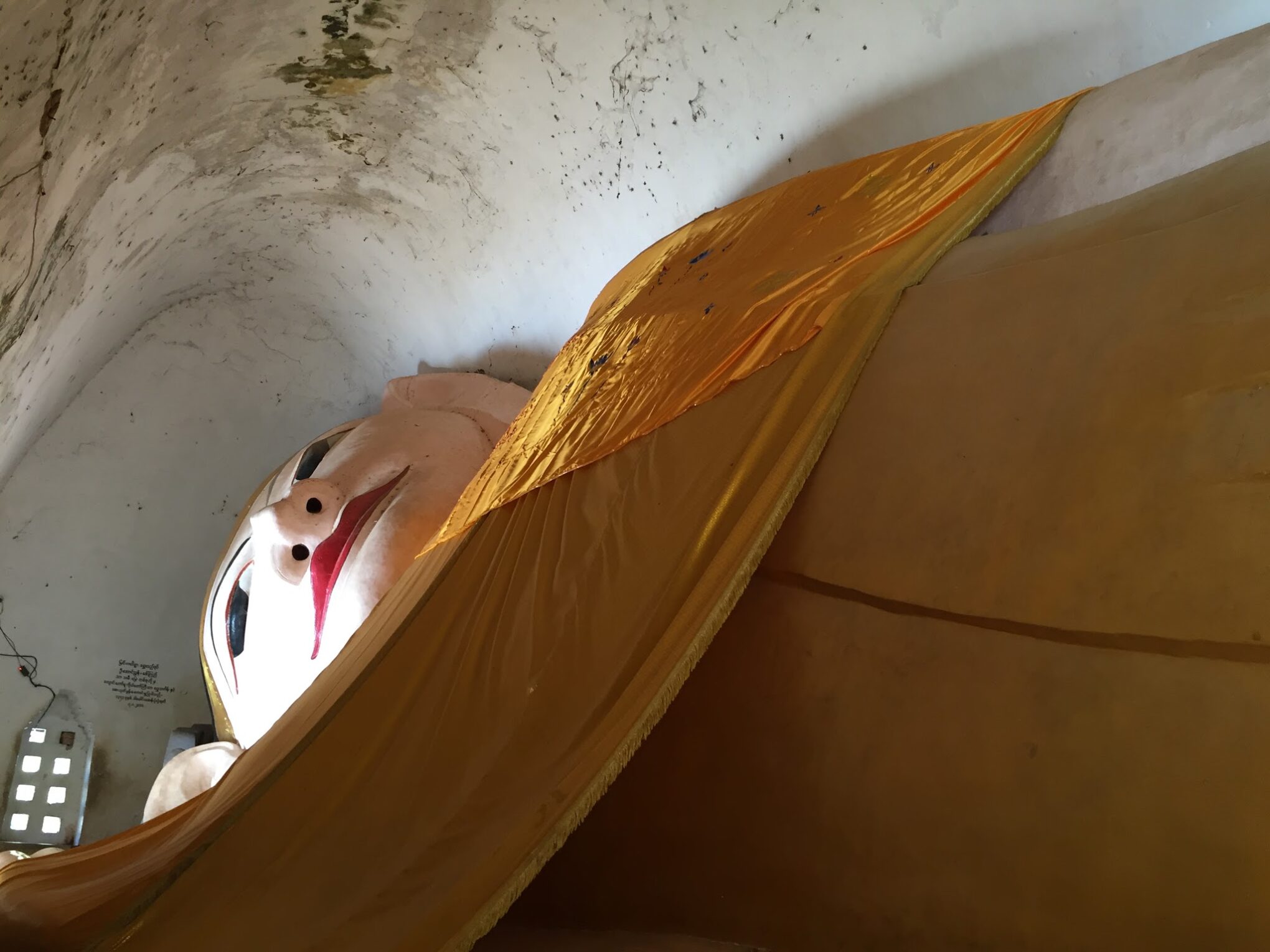 We got a feel for Old Bagan, which isn’t much of a town, and continued up to Black Bamboo for a late lunch, before catching the sunset at Thisawadi.

While this is not as high as Shwe San Daw Temple, it still has an amazing view of the sunset and is far less crowded. It was a perfect place to sit on the top and enjoy the sunset. 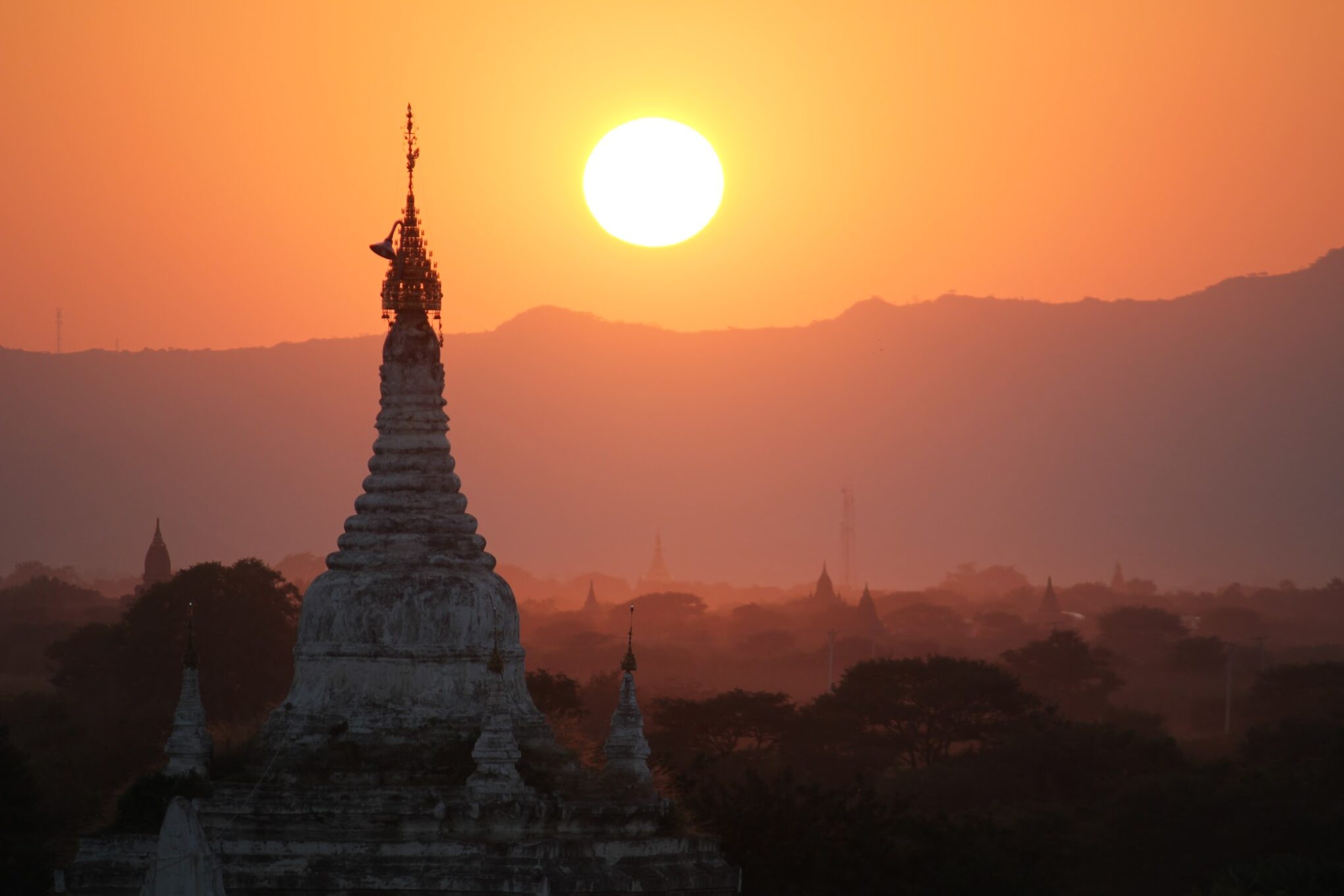 We woke up for a 5:30am pickup by Oriental Balloons.  We had a light breakfast in the dark and then we were off to float to the skies with Oriental Balloons.  The experience of floating over the temples as the sun rises is magical and a must-do experience in Bagan.  It is peaceful and neither words, nor photos do this experience justice.  It’s just you (and 20 other balloons) all enjoying an amazing view over the temples, and even the site of the red, yellow and green balloons is quite special. 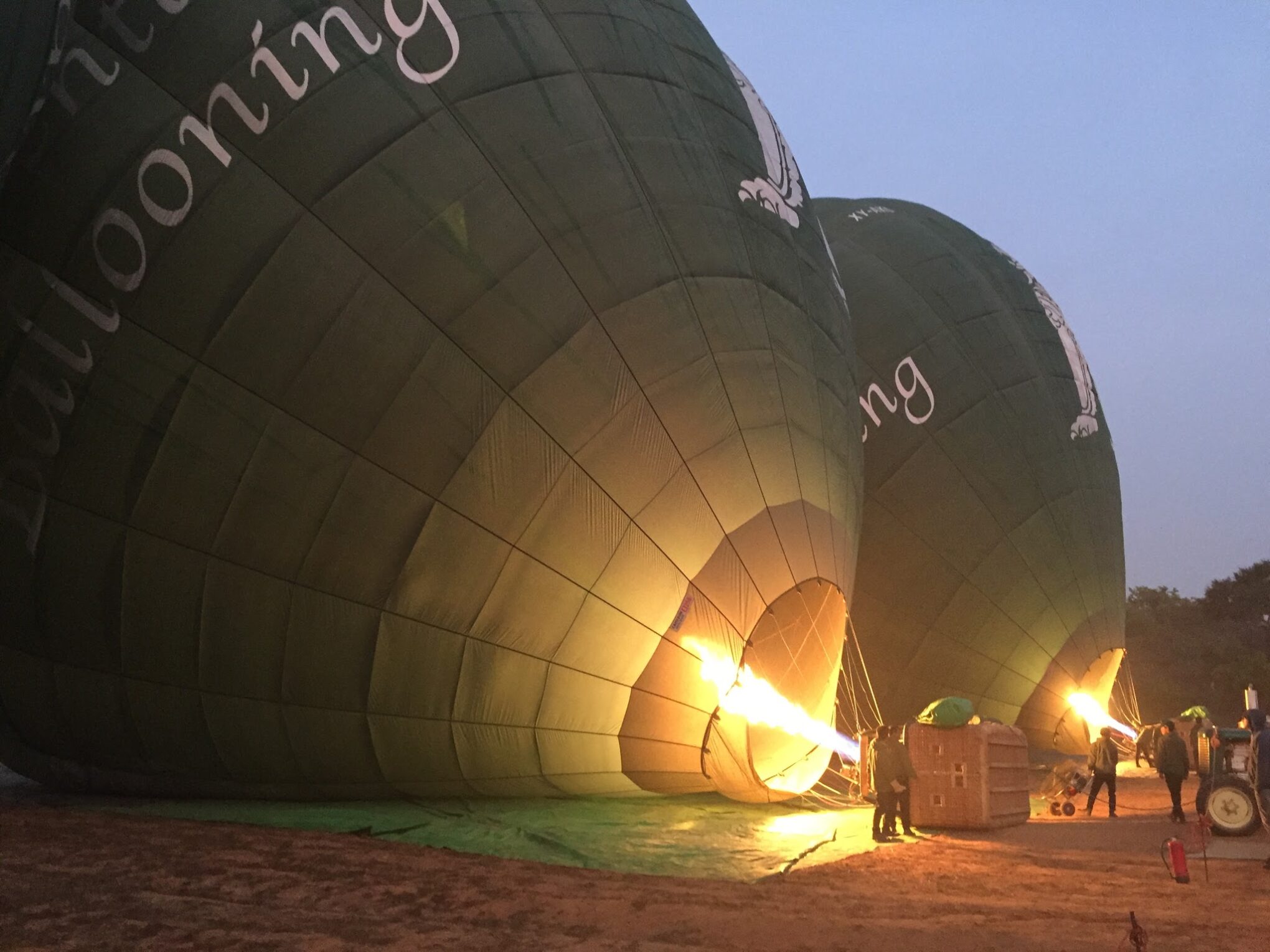 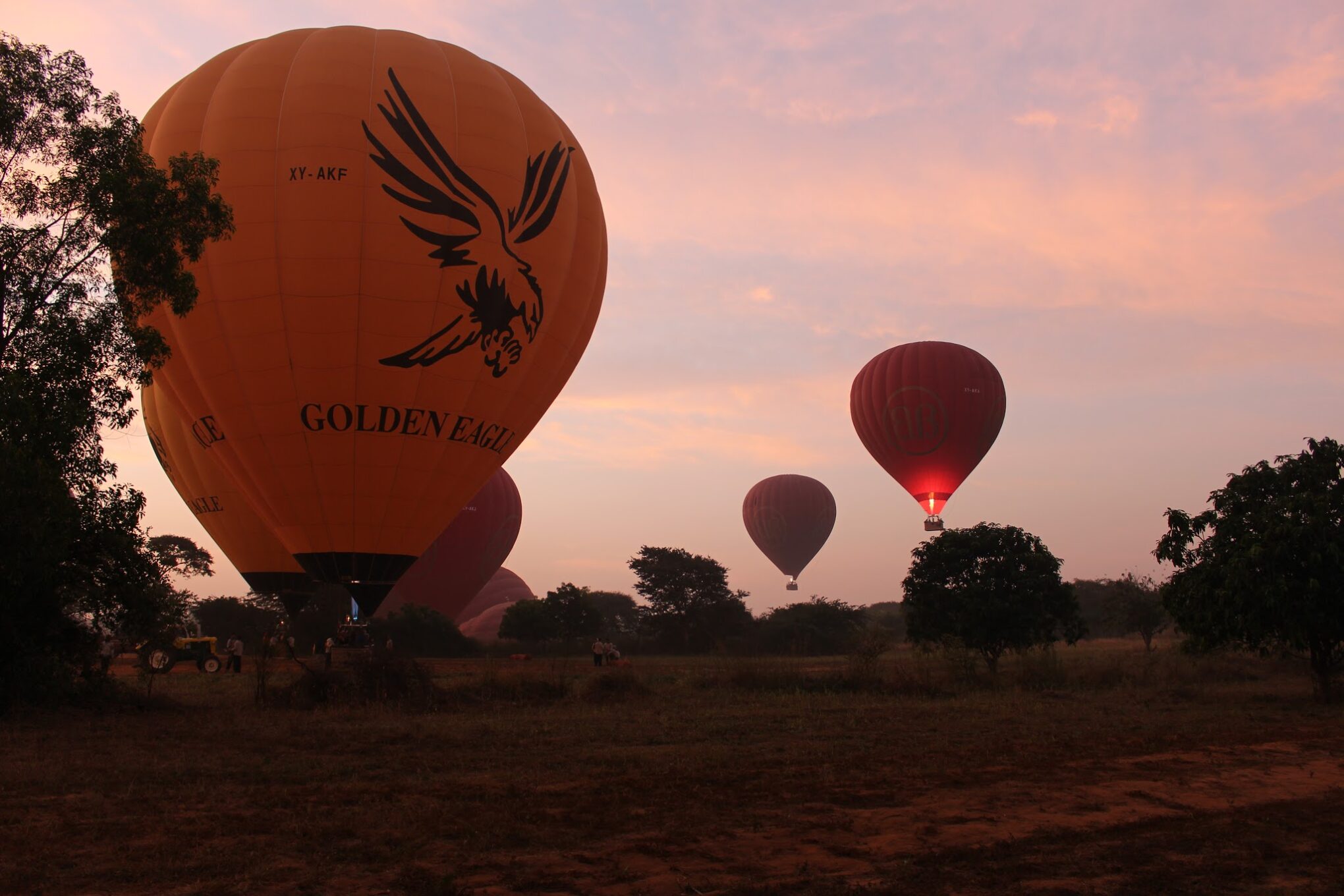 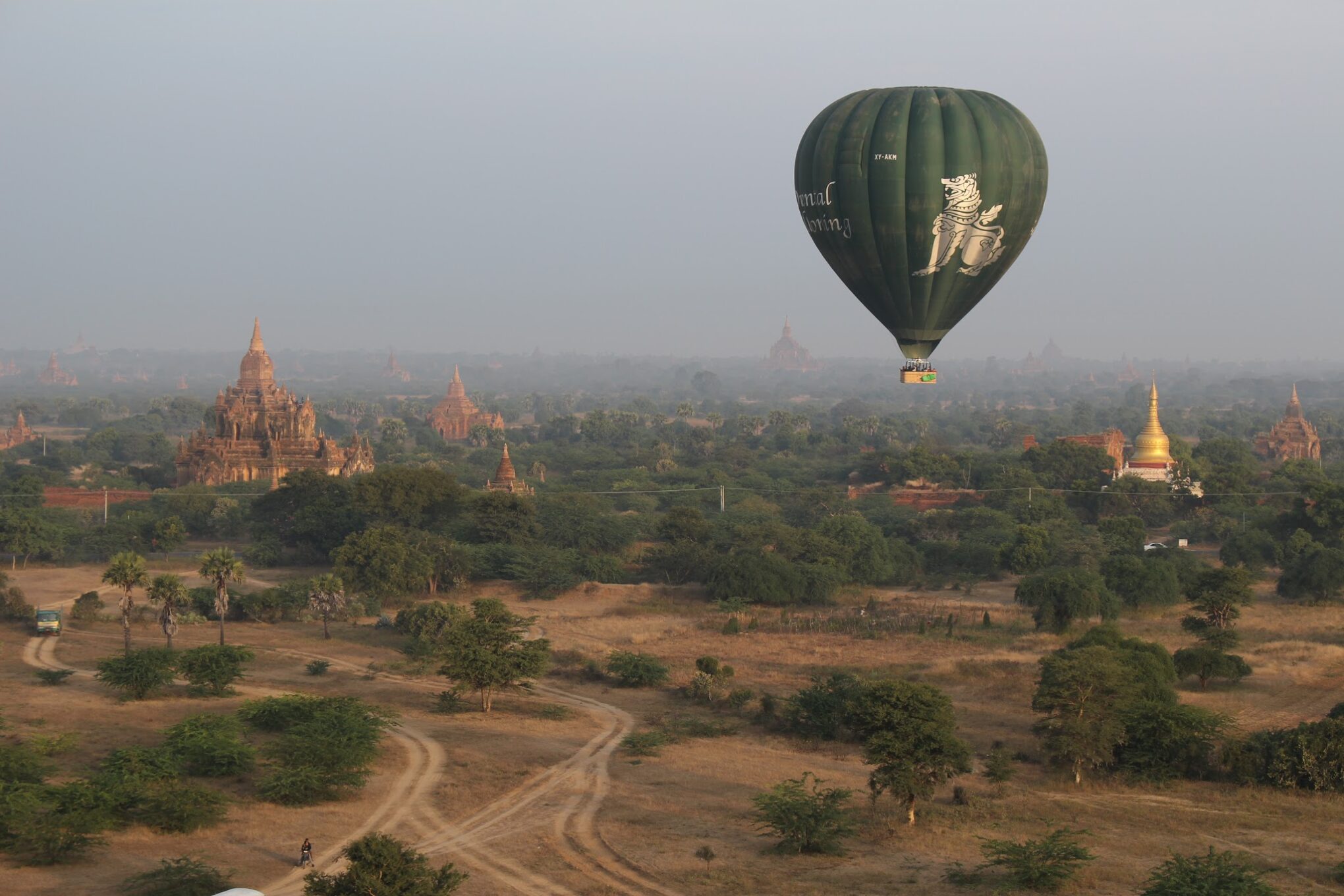 There is also something great about having such a great experience and it only being 9am when you are done!  Once back at the hotel, we decided to do our research and map out our itinerary (using maps.me offline maps) for the day and download literature on each temples so we could have a real self-guided tour.  This worked out really well giving us some in depth knowledge of the temples.

The temple was built by King Anawrahta in 1057, and constructed at the center of his kingdom. It was known as Ganesh because of the elephants that once stood at the corners of the five terraces – each which used to be made of terracotta showing the scenes from the Jalakas.  It has a great view from the top of the steep steps. 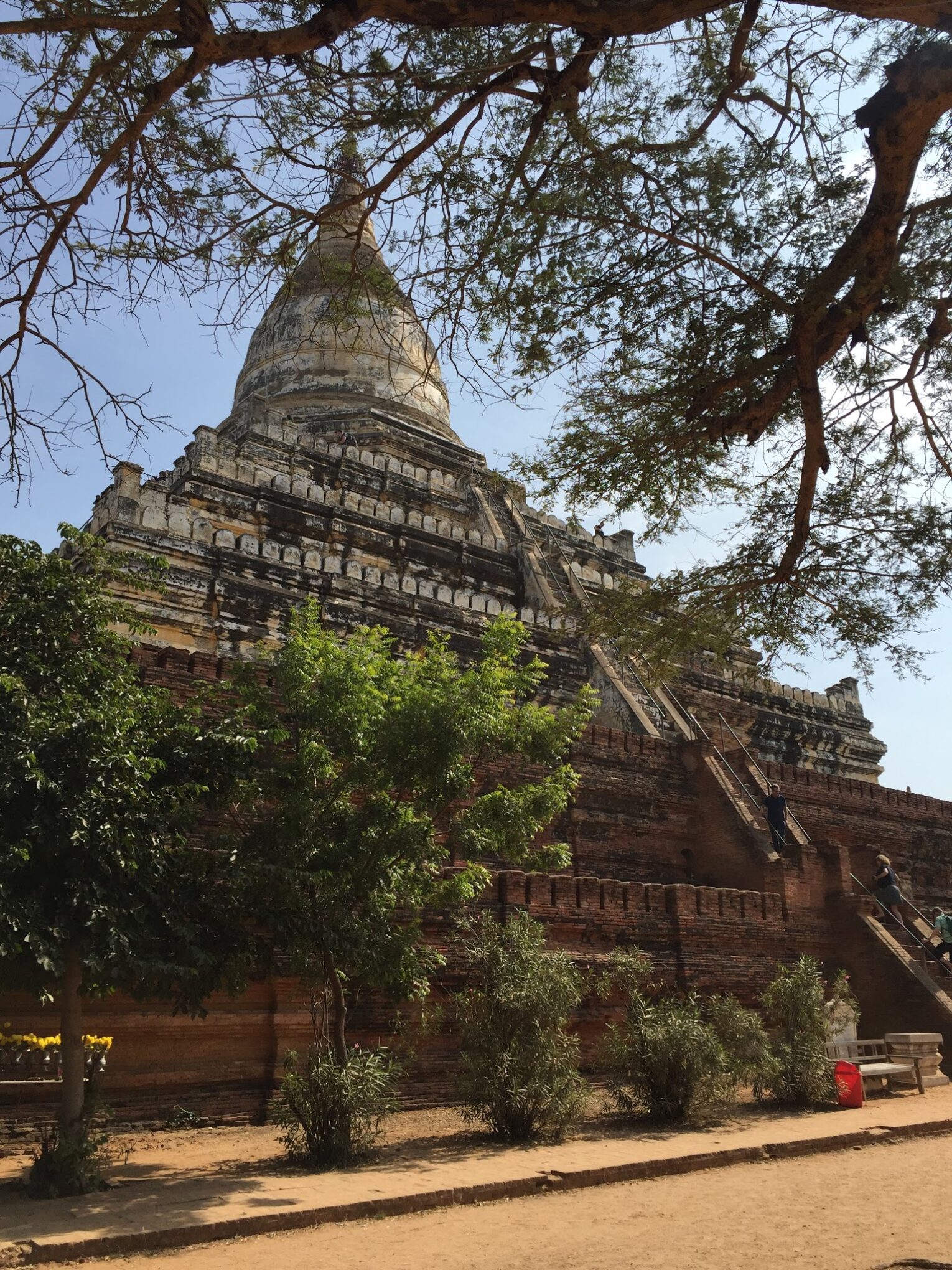 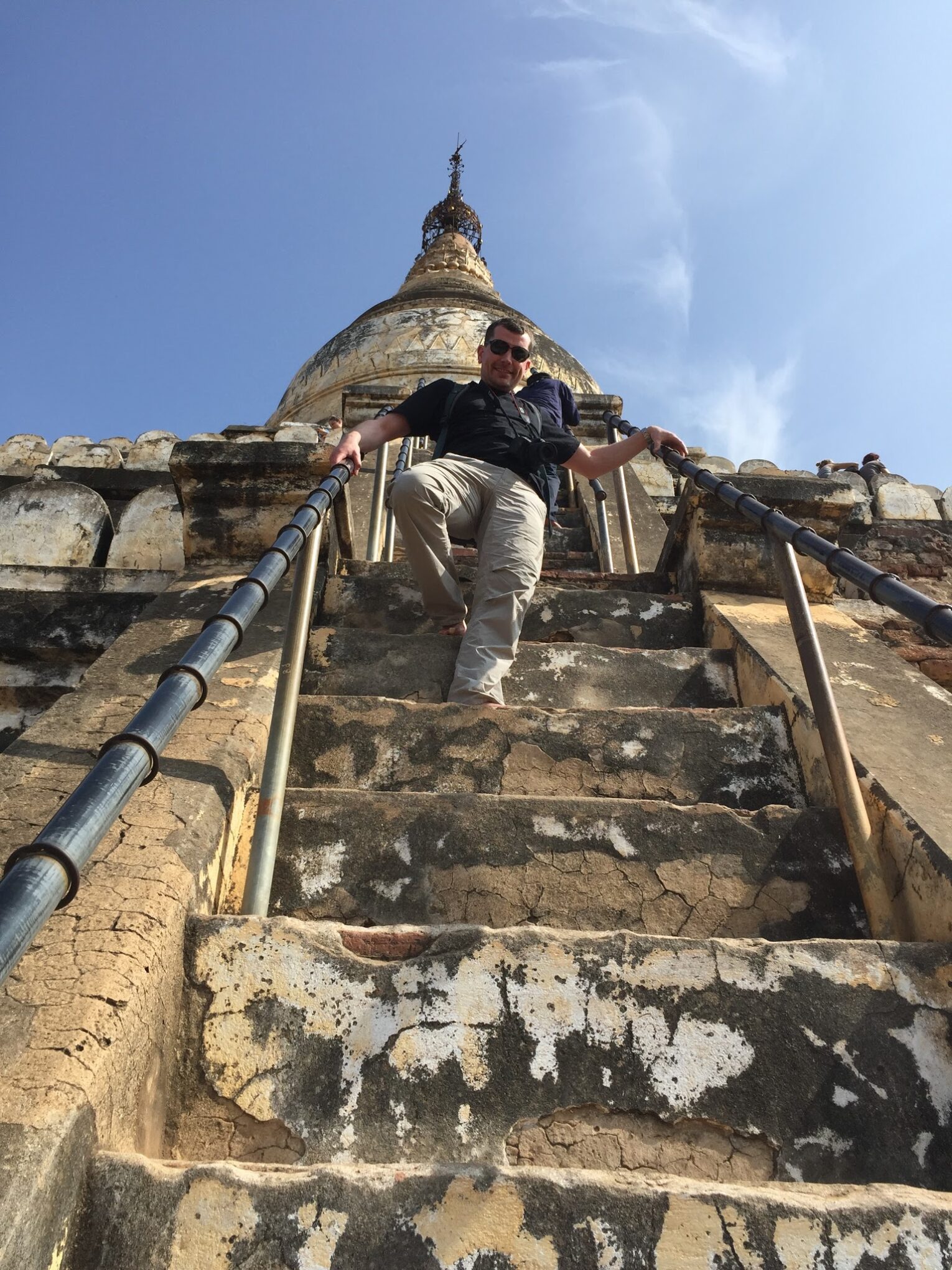 I struggled to find true literature but found it on a list of recommendations.  There was absolutely no one here, and given one of the walls is missing, their is a Buddha exposed to the sunset.  There is something extremely peaceful about this site and I absolutely loved it. 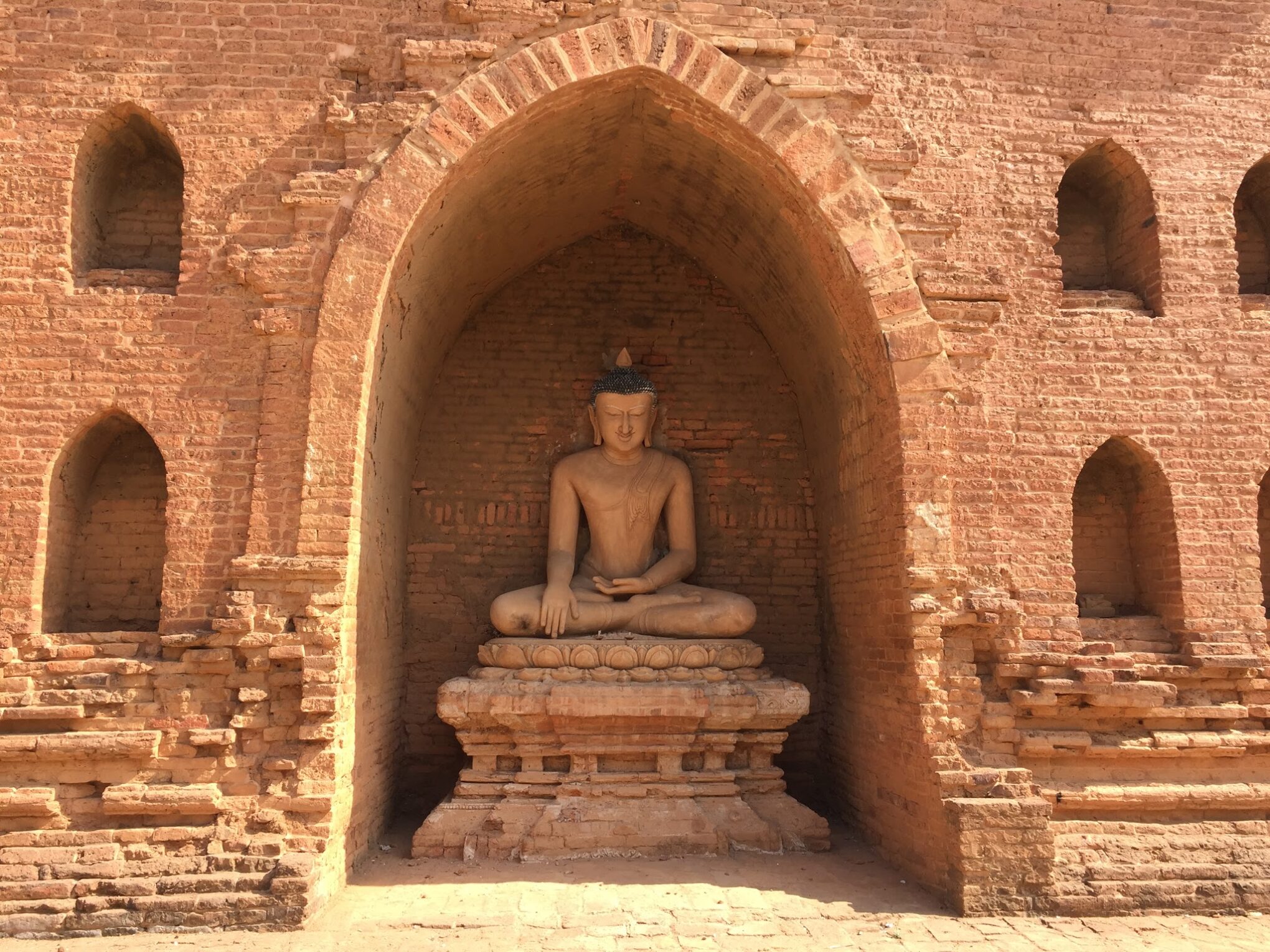 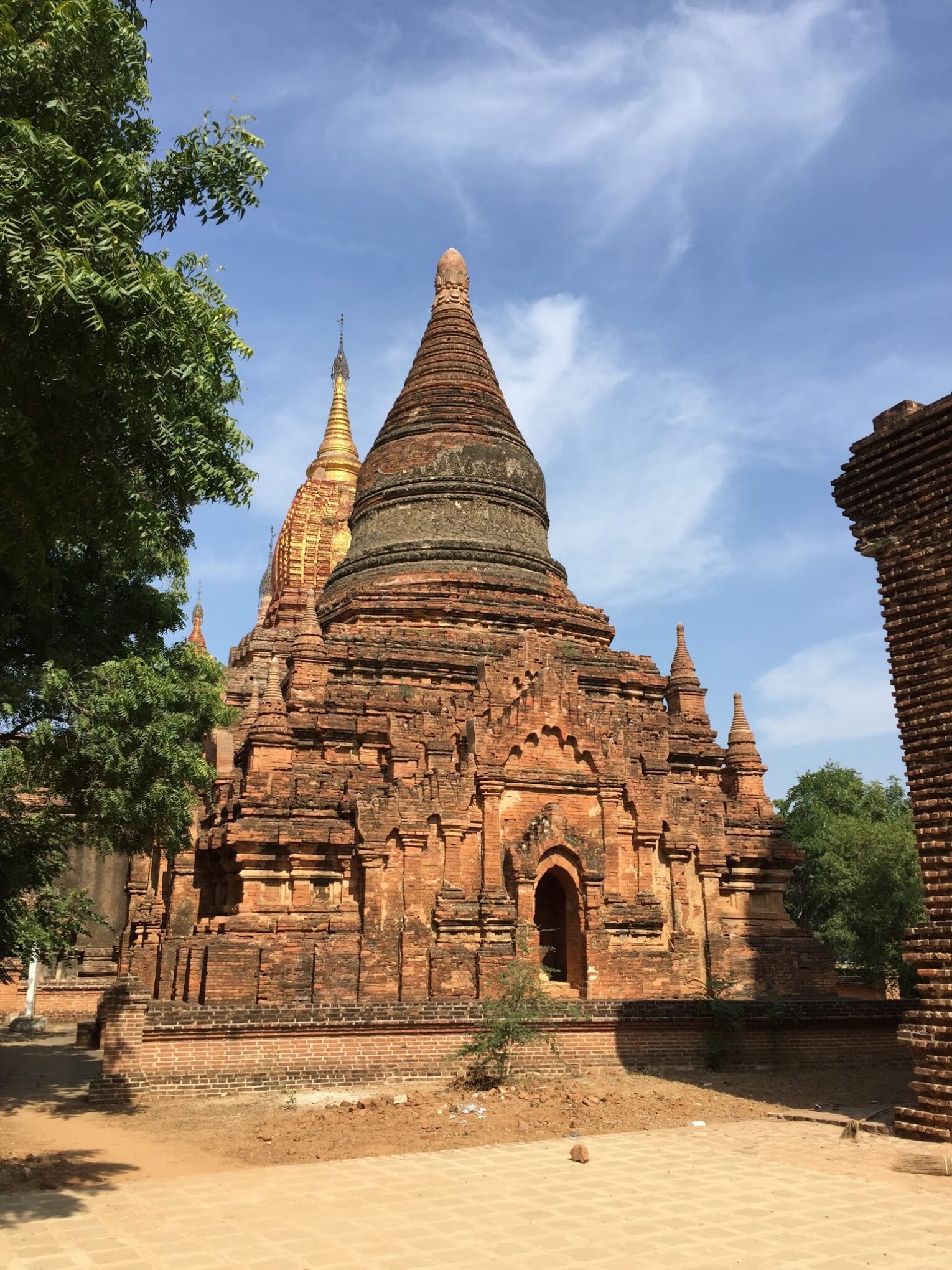 This temple was commissioned by King Narathu and is known for the fine brickwork on the structure, using about 6 million bricks for the structure.  It is also known to be unfinished once the King was assasinated.  This temple had way too many tourists and while beautiful, one I would consider skipping. 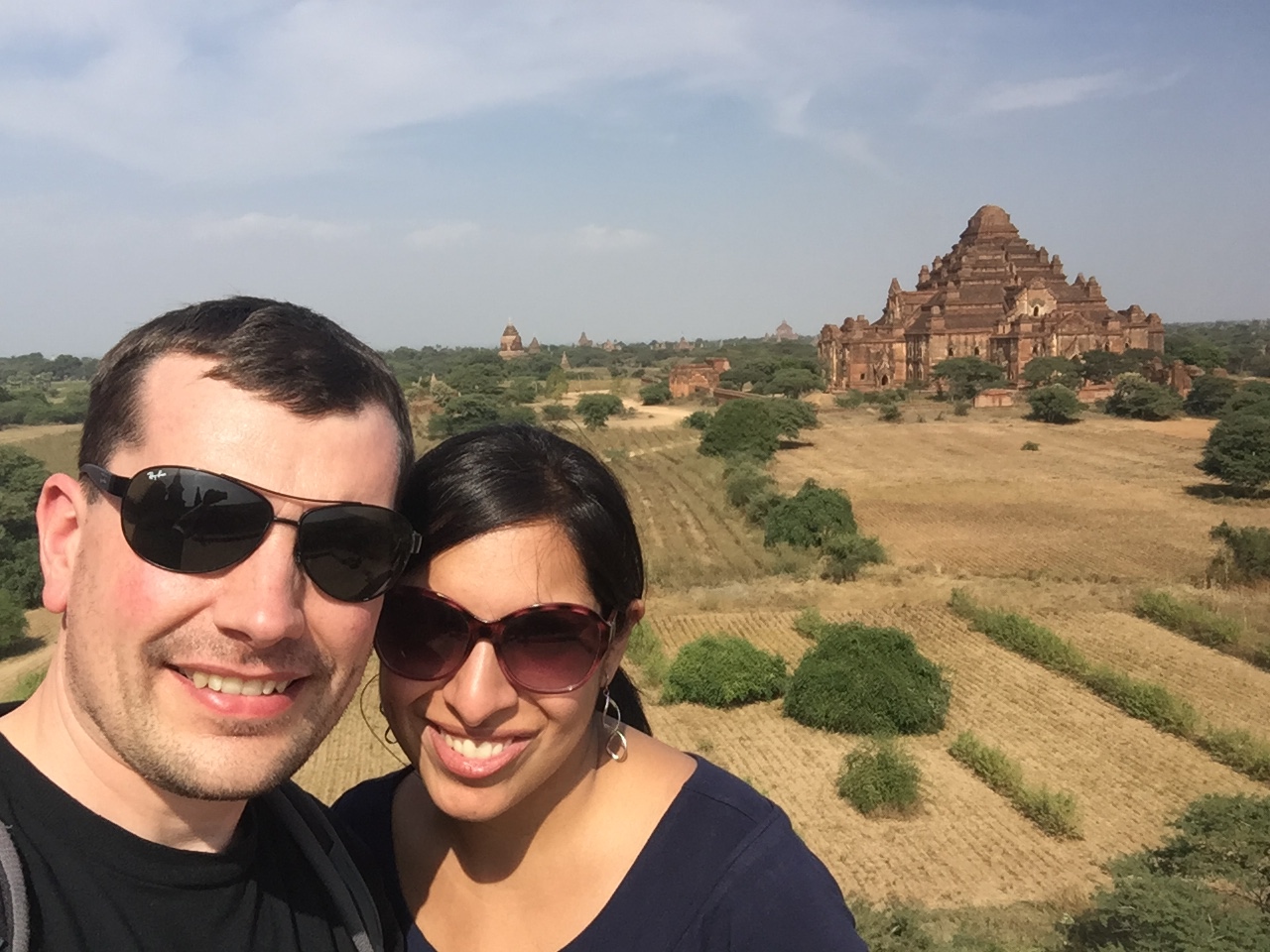 Don’t stop where the tourists do – keep following the road past Dhamayangi to discover this charming temple. There is a hidden staircase inside which you can take all the way up 7 levels to the top, and you’ll be delighted with some lovely views of Bagan and more specifically, Dhammayangi and Shwesandaw.  Not to mention, you will likely be the only person there! 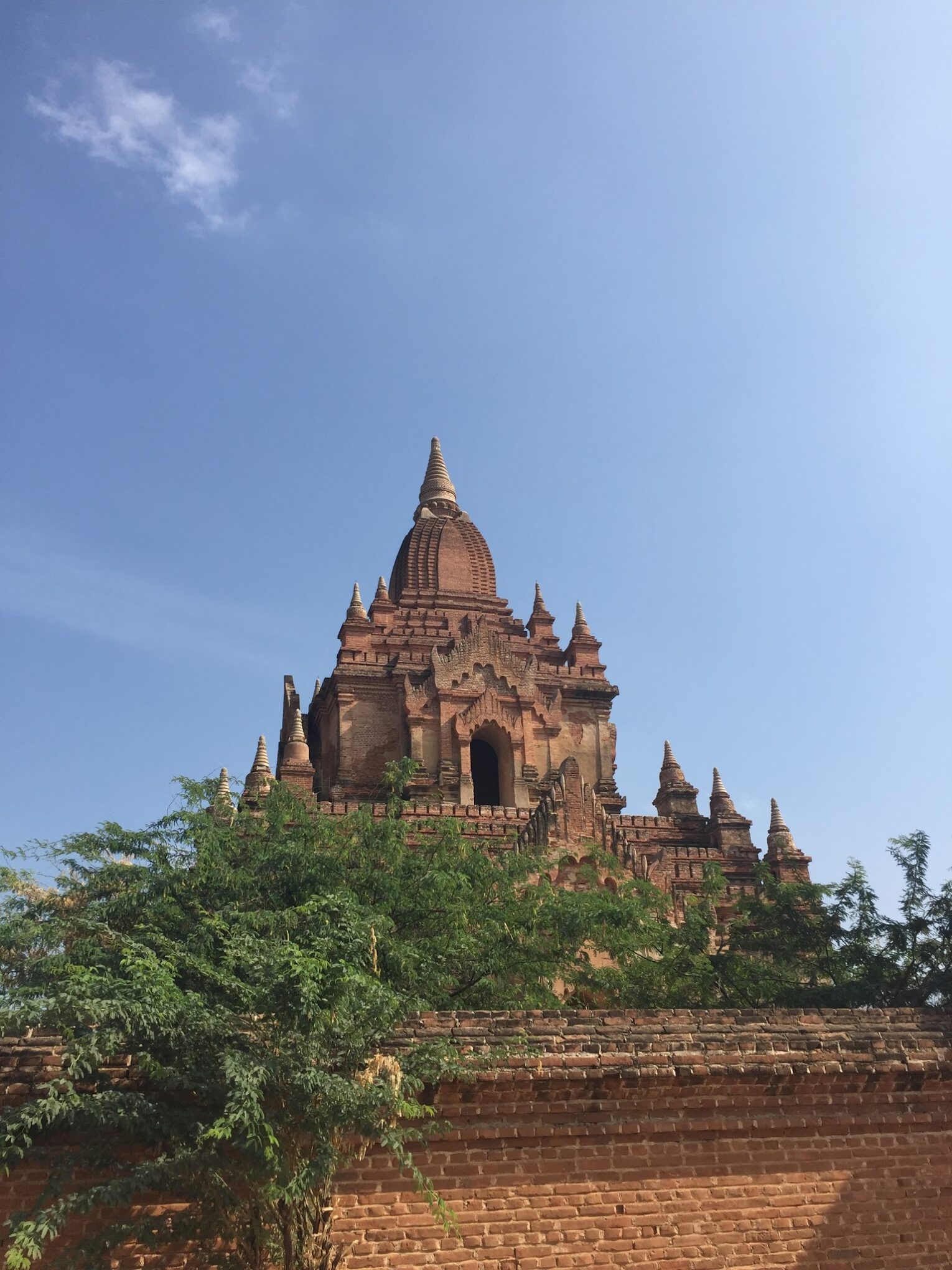 Just down the road from Dhammayangi, it is far less touristy and filled with some of the best carved stucco. 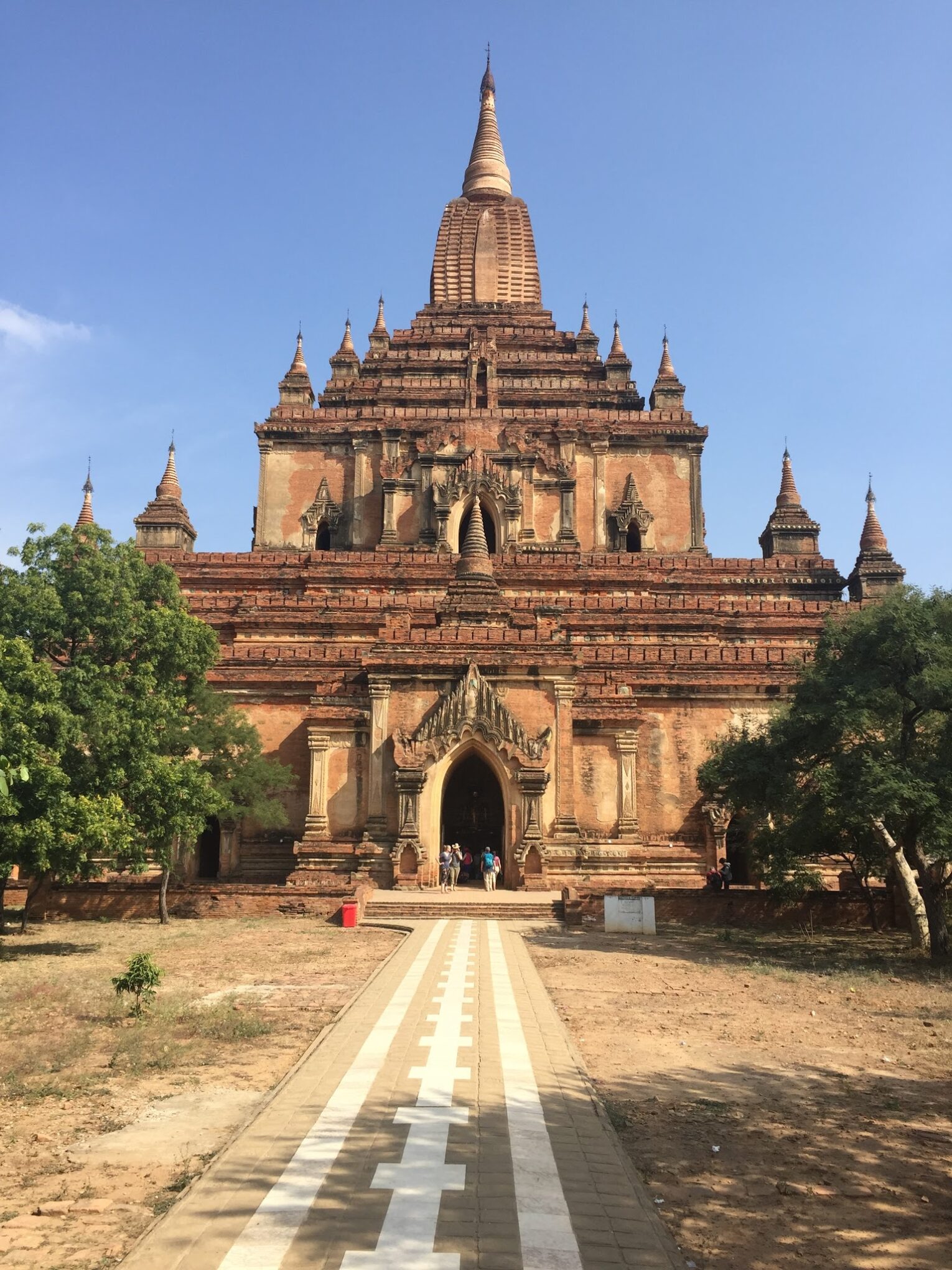 Ananda was built but the 3rd king, Kyan-zit-tha in 1091.  It is considered the holiest temple in Bagan, and houses four Buddhas, and has intricate reliefs and paintings telling the story of   The temple houses four buddhas and has 554 tiles showing the scenes from the jataka.  Well worth a visit, despite the crowds.

We had a great morning, and then made a lunch stop in Nyuang at Bipo.  This was a perfect place for a quick lunch – run by a husband and wife, the food was made to order and was fresh and delicious.

This was the first pagoda built in this style in 1087 – defenitely a site to see, especially if you get a chance to see the Shwedagon Pagoda in Yangon as a comparison.

Given how close to sunset it was, we chose to take a less popular view (and not the best in Bagan) but we benefited by being one of the few there compensating for the view with the better, more peaceful ambience.  Plus, it has a spectacular view of Htiliminlo.

We started our morning with a chilled out breakfast and a chance to relax at the hotel.  We then hired a taxi/driver to take us around Bagan for the afternoon.

Note there are two of these and they are an exact replica of one another. It is a small temple but take a torch to get a glipse into some of the best preserved frescos still present today.

Just next to Gubyauk, it is a nice stop to check it out.

We chose to avoid the street vendors and skip entering this one. In fact, you can’t go to the top so you wouldn’t be visiting for the view. Instead, we went across the street – as just south of this pagoda is a small pagoda that you can climb up for unobstructed views of Gawdapalin. It you’ll have it all to yourself. Plus the added bonus is the treeline blocks the street stalls making for a picture perfect view. 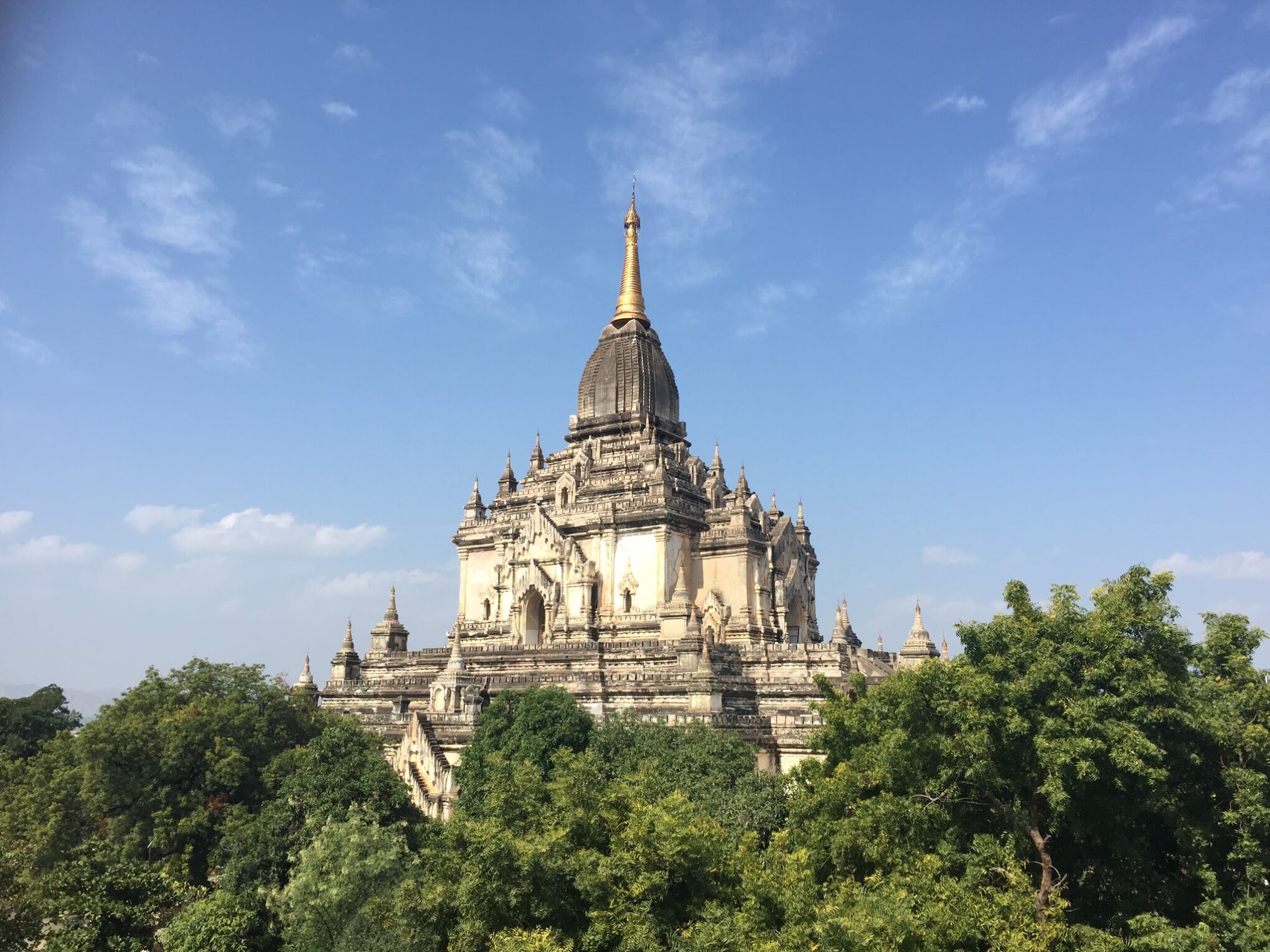 We then ended the day with a 1 hour river cruise to get a bit of a different view of the few pagodas you can see form the river, followed by lunch at Moon Vegeterian restaurant, which was fantastic.  We also visited Nyuang market, which has both a local produce and seafood market and of course, a tourist market. 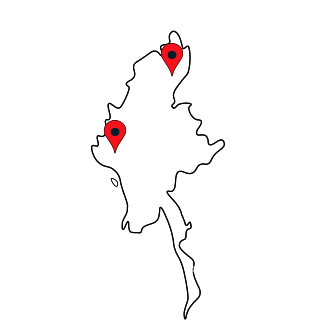 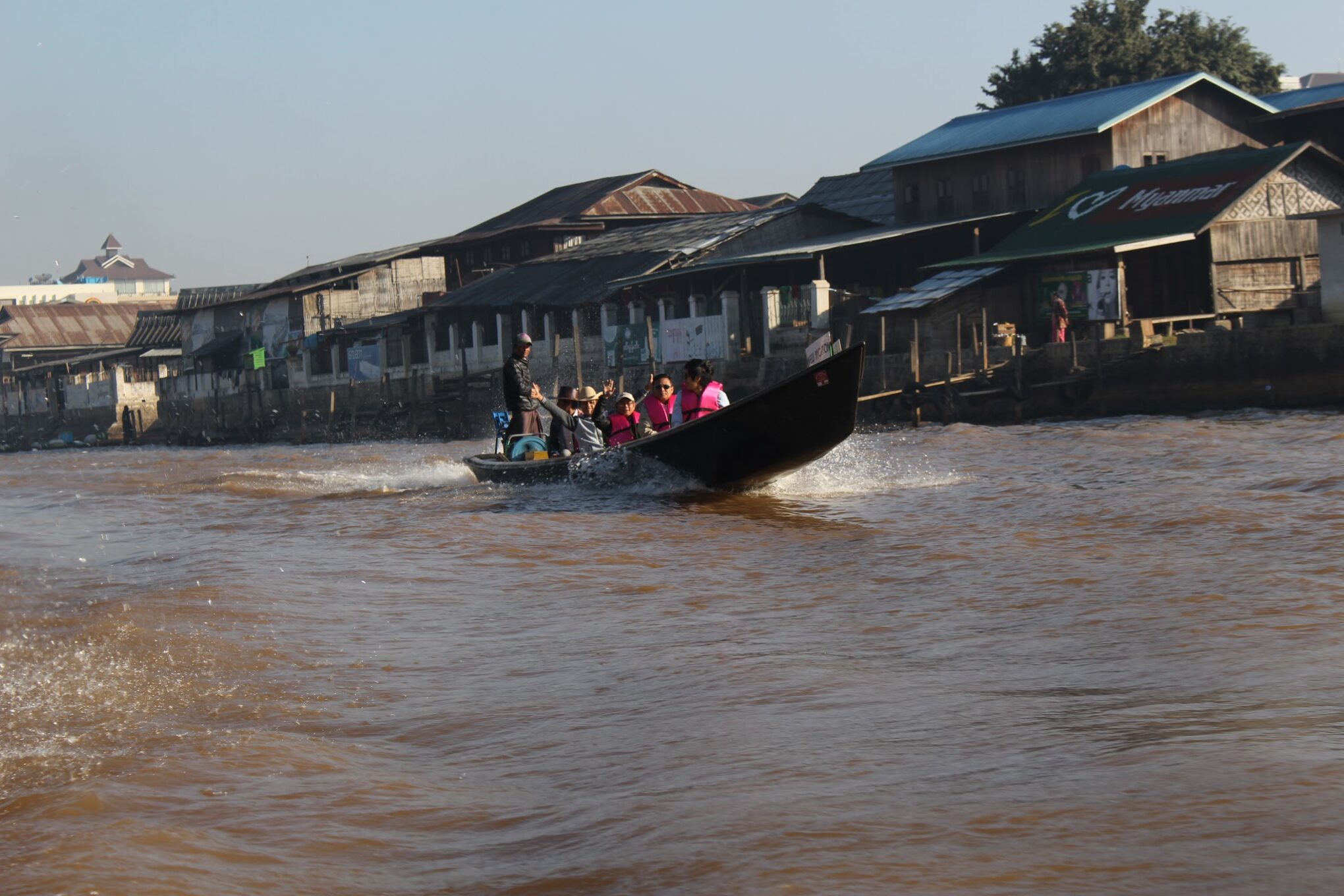 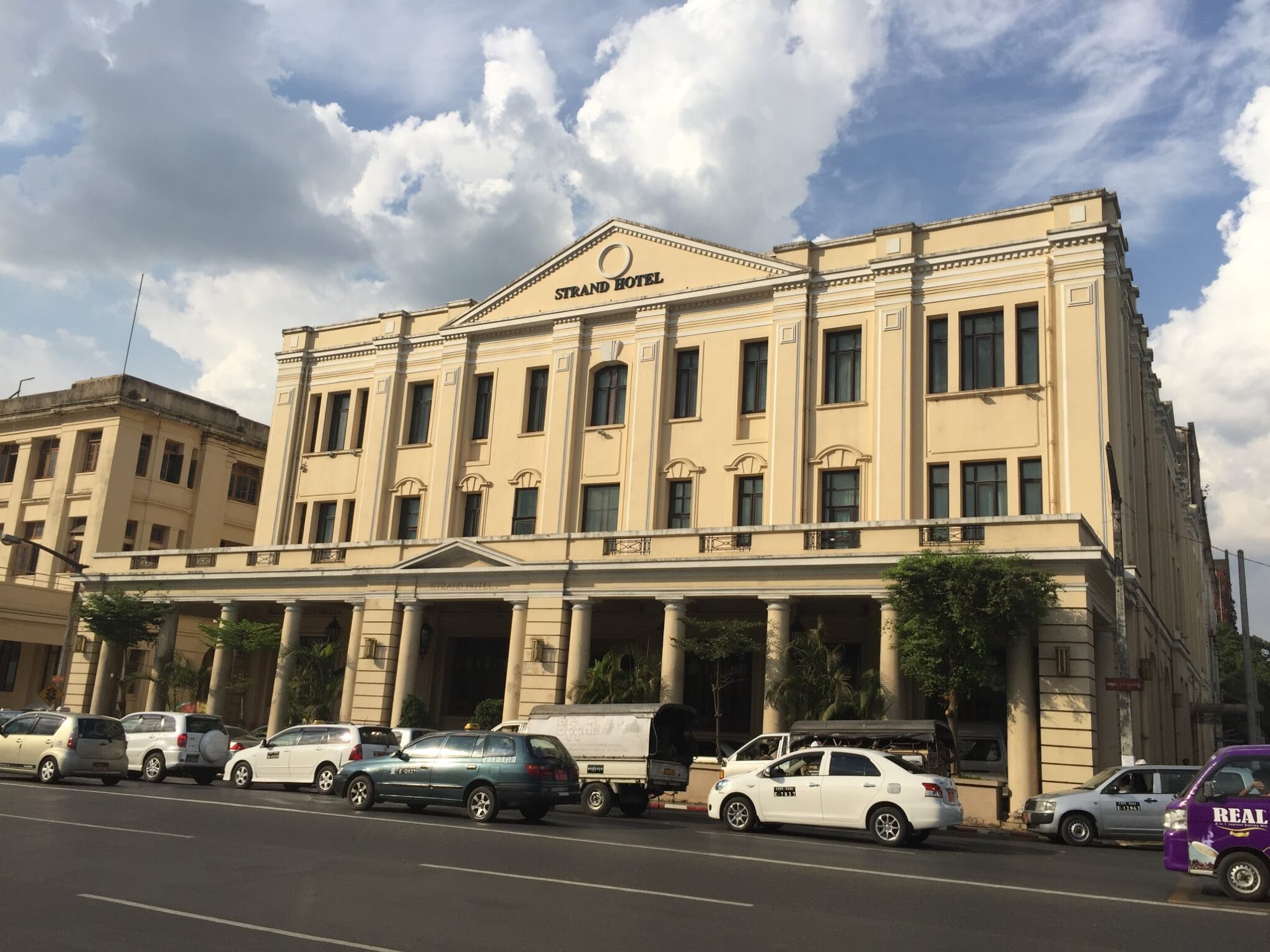