Home  >  Destinations  >  Spain  >  Driving from Santander to A Coruna

The north coast of Spain doesn’t seem to have been non-Spanish travelers, but I’d recommend brushing up on your Spanish and making the trip.  It’s a stunning coastline, amazing food, and actually very cheap given that it isn’t filled with tourists (from outside of Spain).

Due to limited time, we only had a chance to explore a subset of the coast, starting in Santander and working our way to A Coruna.  There is so much to do – beautiful views and coastal drives, amazing beaches, hiking.  Not to mention, great restaurants – we stopped at a couple Michelin star restaurants but even just the small tapas bars were great.  It was a great long weekend, but I’d recommend going for at least a week!

After landing in Santander, we checked out the town, and quickly made our way to Cangis de Onis.  Along the way, we stopped for a nice meal at El Nuevo Moleno.

We had planned on visiting some caves, as Cantabria is famous for them.  Altamira is the most famous, but mostly just a museum so we had a few others on the list. Unfortunately, most require advanced reservations (even 24 hours can be sufficient), but we were not that planned.  Therefore, we went with El Pendo as they had availability for us – http://cuevas.culturadecantabria.com/el-pendo-2/.

Following the visit, we continued our journey to Cangas de Onis, a town set deep in the valley between the Sella and Guena rivers.  It’s extremely picturesque and easily a place you could spend a couple days hiking. 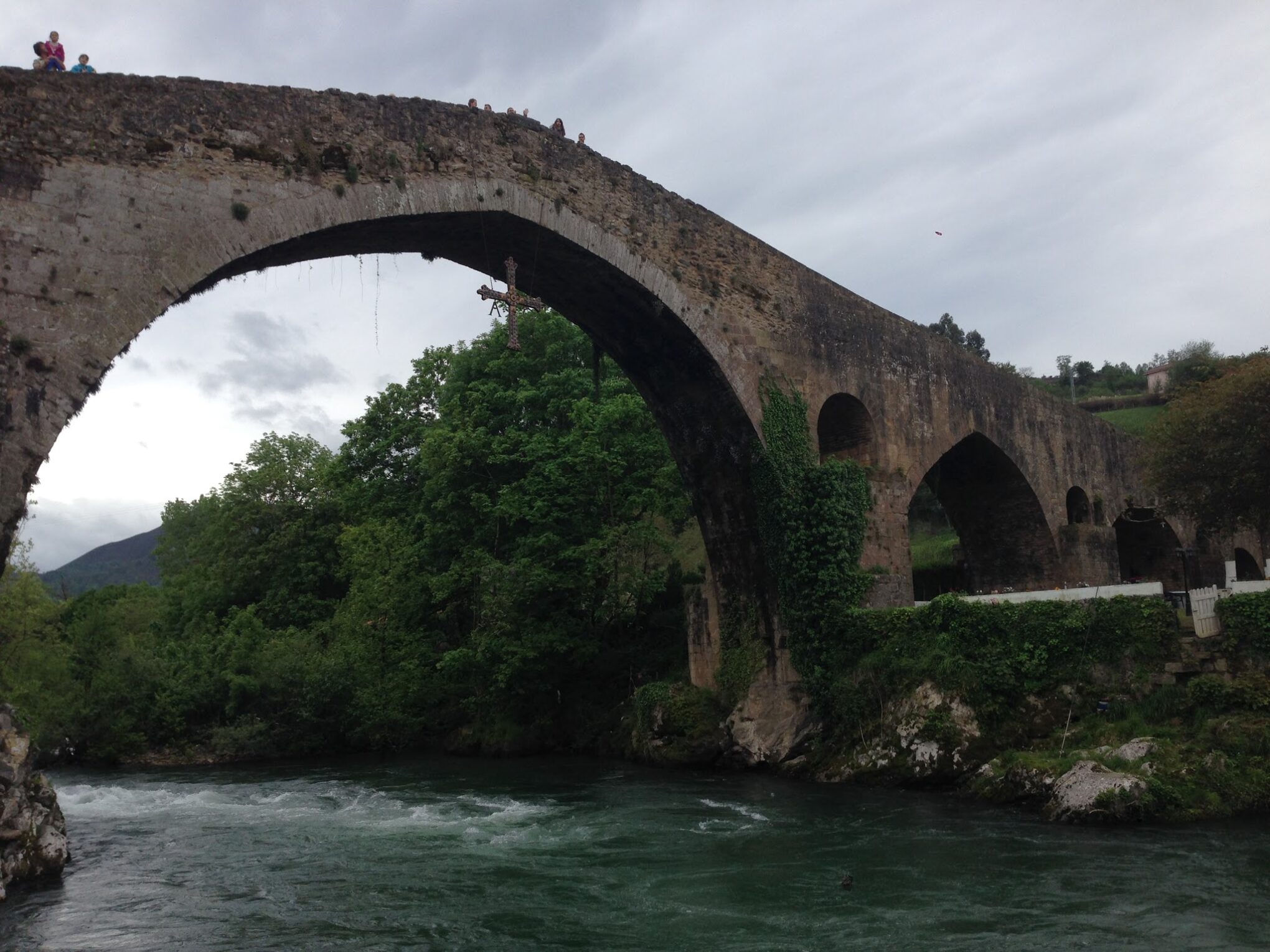 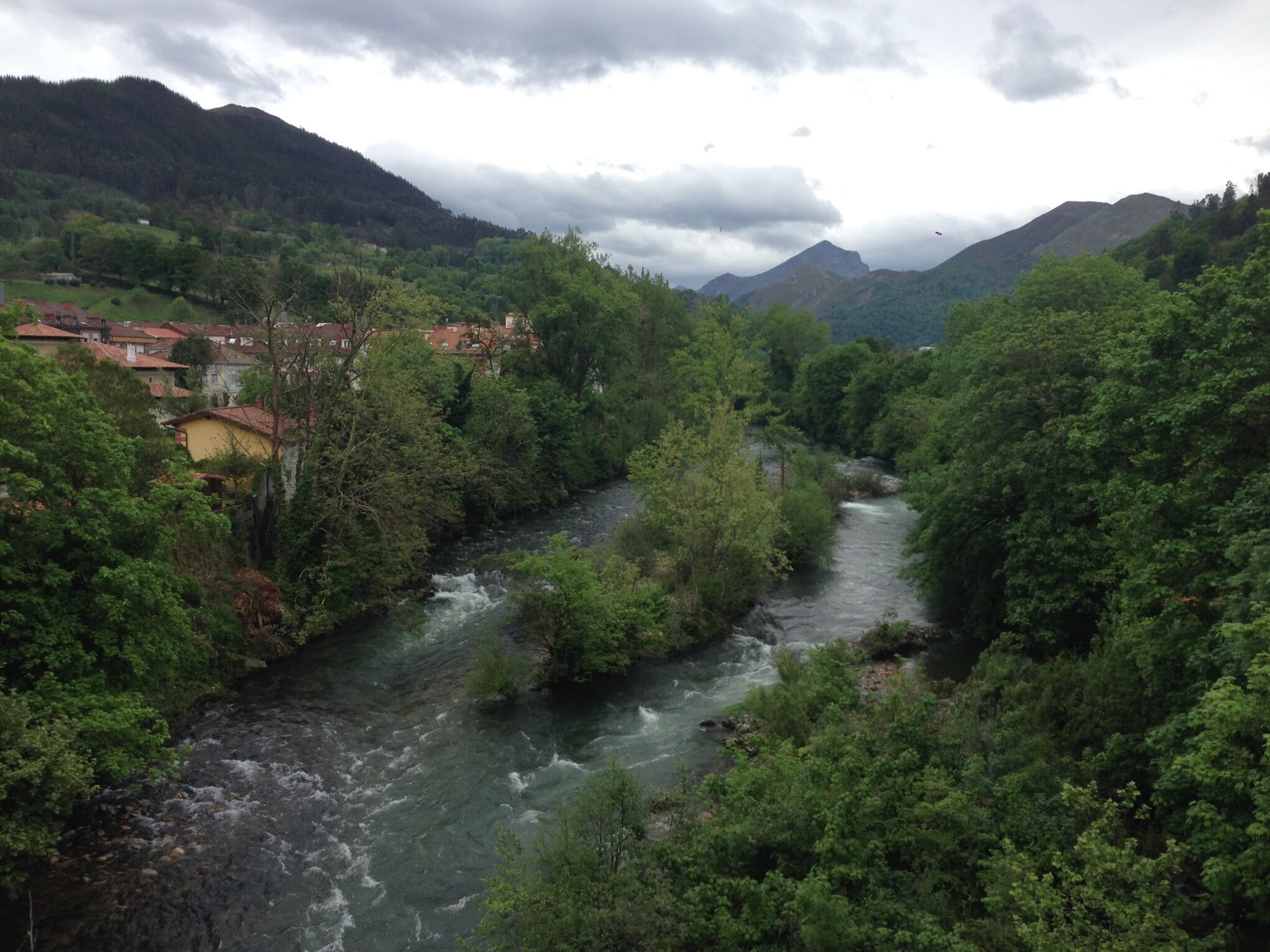 After a night in Cangas, we continued our drive along the coast, and made a number of stops along the way.

Gijon is the main loading terminal for coal in the Asturias region, making it a big, but somewhat gritty city.  That said, it does have a nice seafront, along with a park and a nice pedestrianised main square. 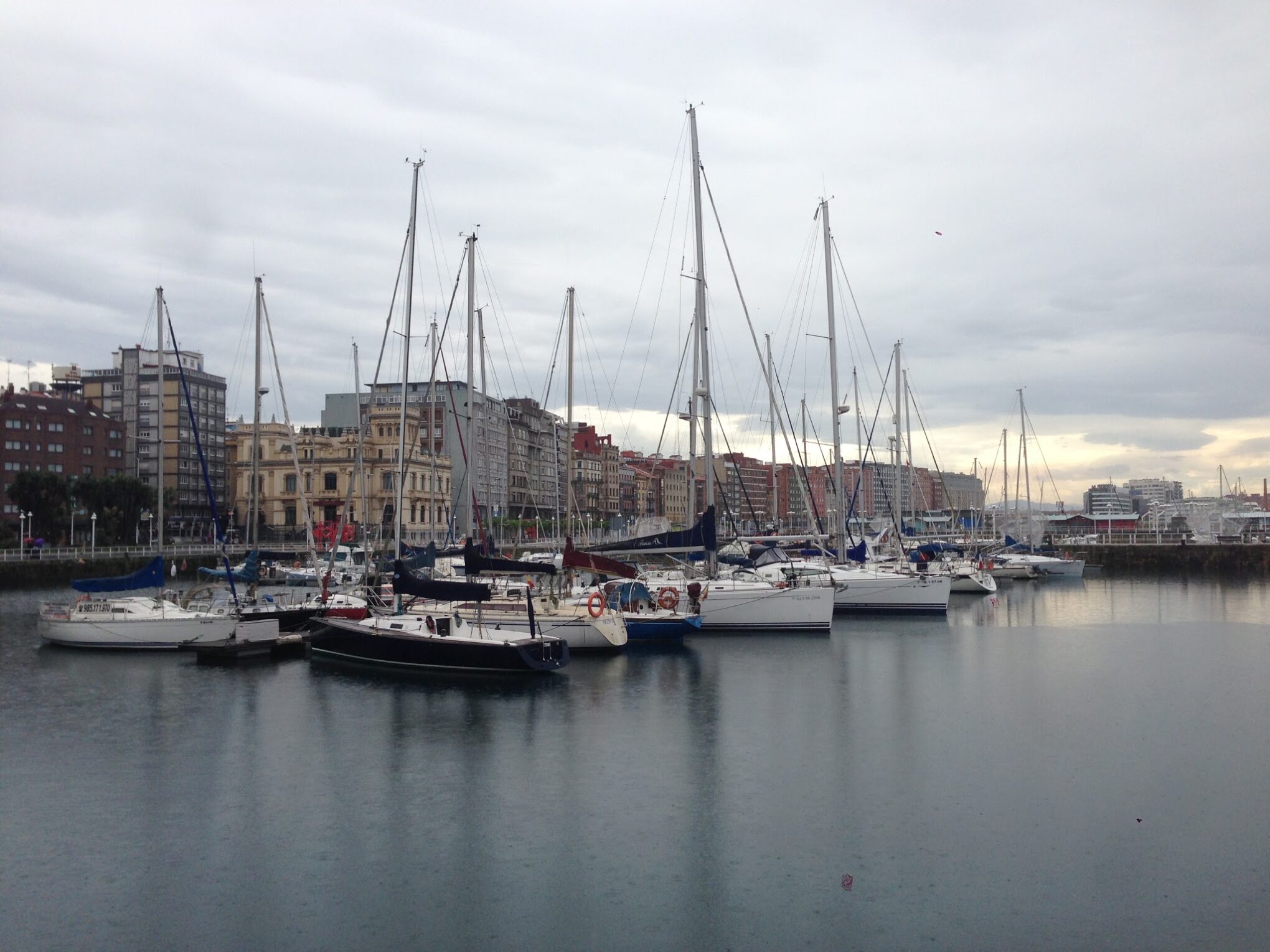 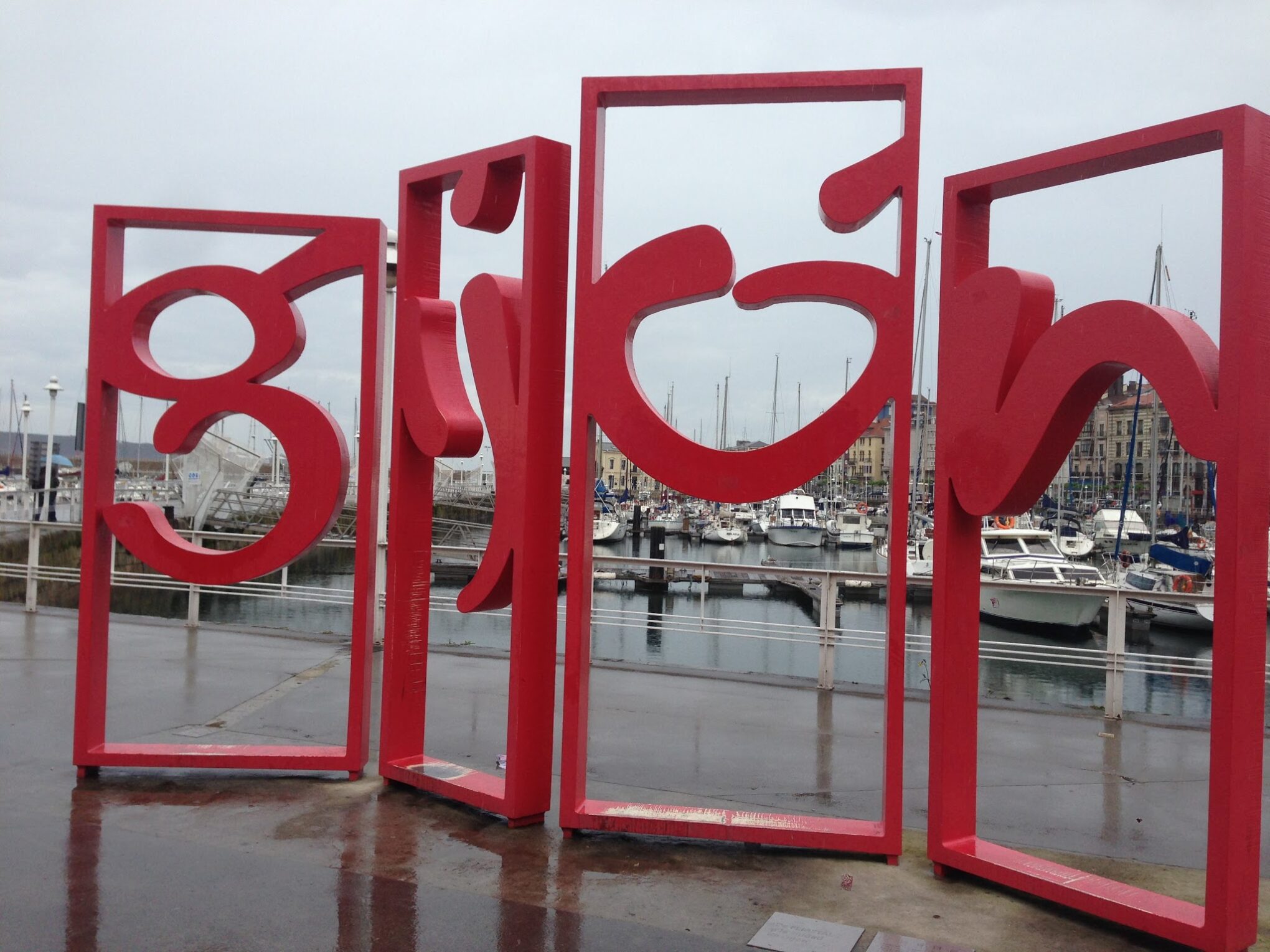 Art sculpture in Gijon: Using the famous Sidrerias.  Sidrerias is the famous cider where pouring it is a true art form.  To pour it, you hold the bottle high above your head with one hand and pour it in the glass in your other hand to get the maximum distance between the bottle and the glass. The reason for this is the create a foamy layer and release the aromas of the cider. 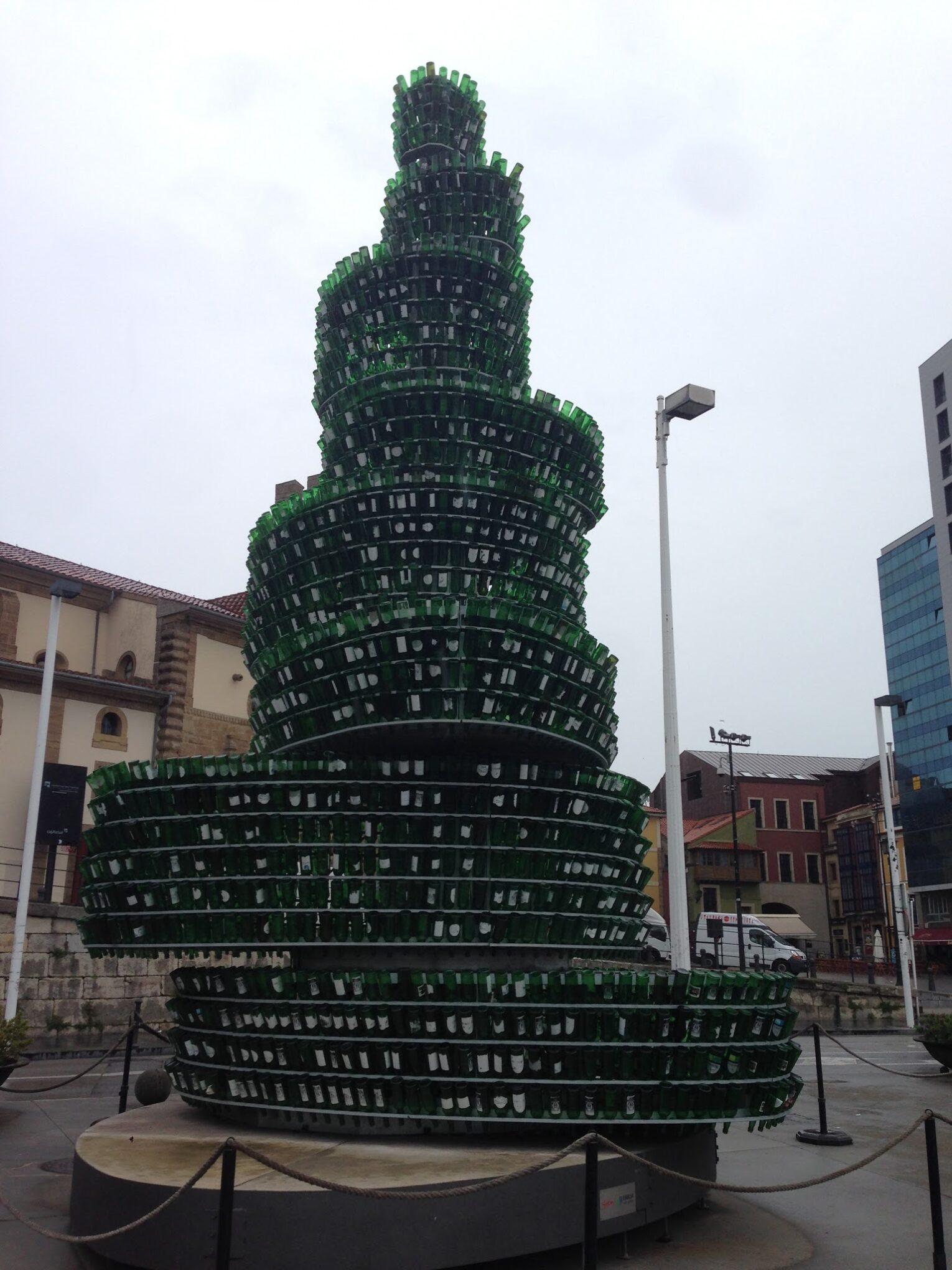 It made for a nice stop, but not a full day.

Along the coast, there are a number of important lighthouses, so we stopped to view a few of them: 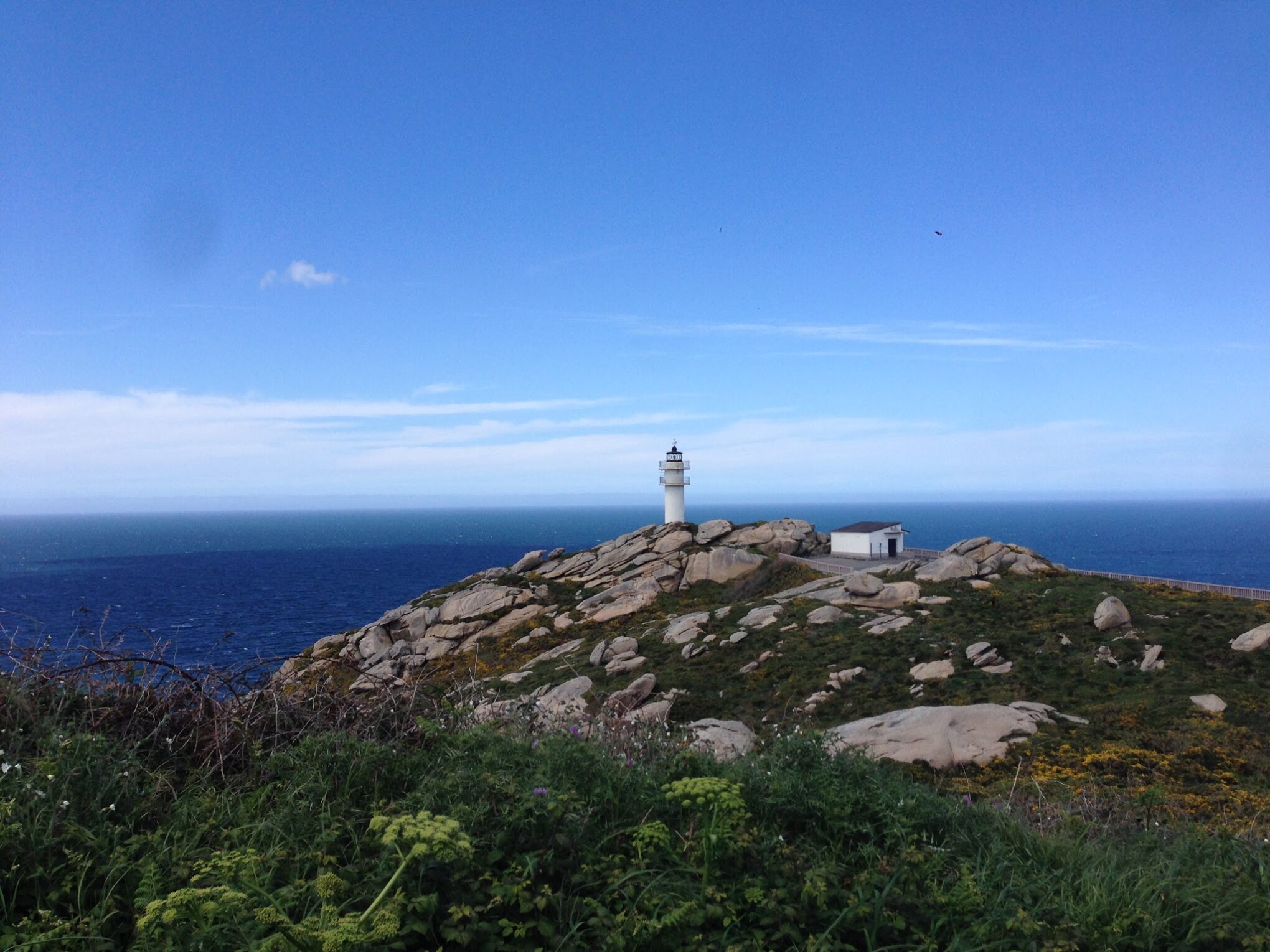 We passed through portside towns like Cudillero, and eventually arrived at our next port for the night: Luarca.  This harbour is set in a deep valley, and it’s tiny – making it a perfect place to feel local. 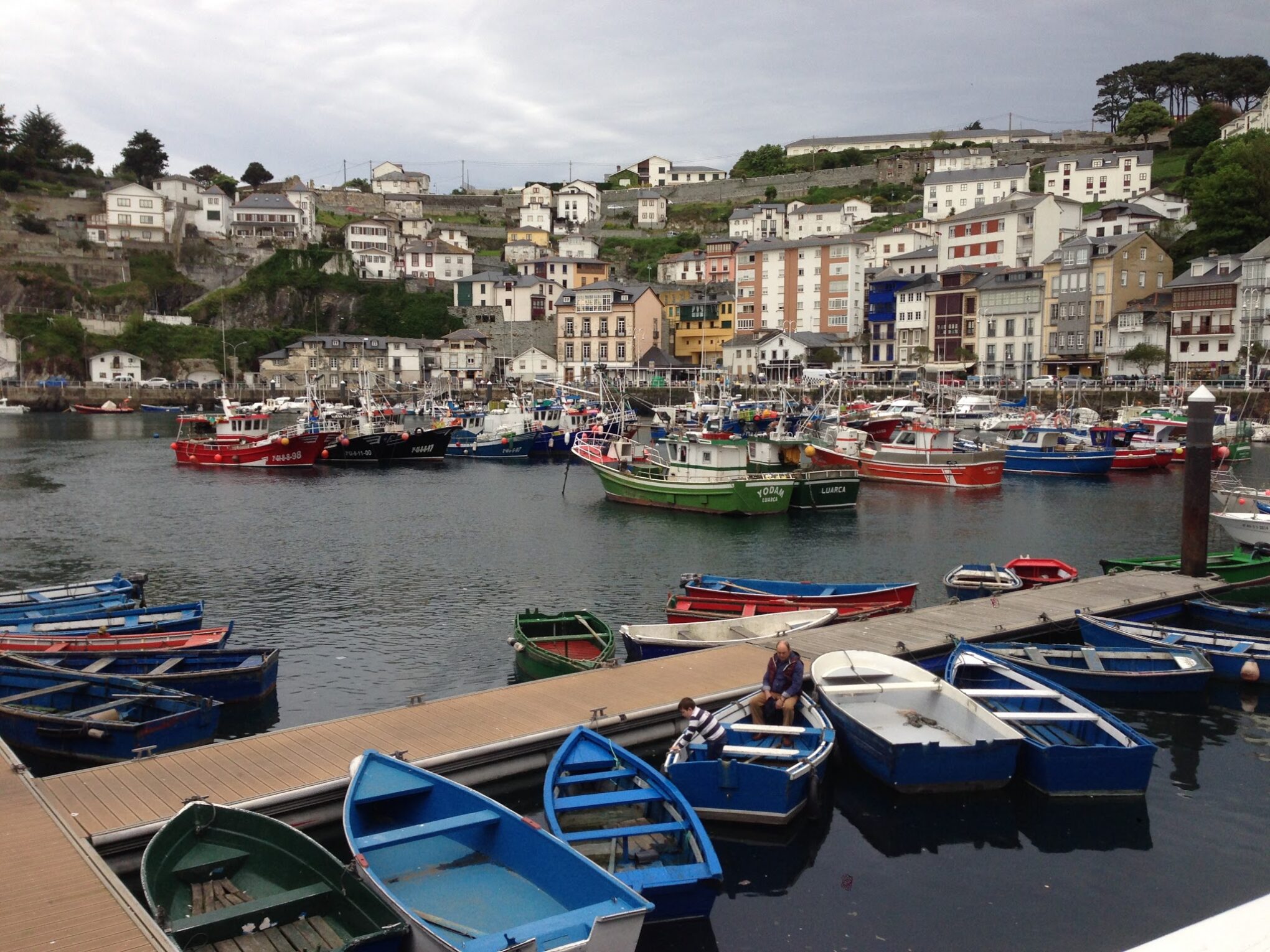 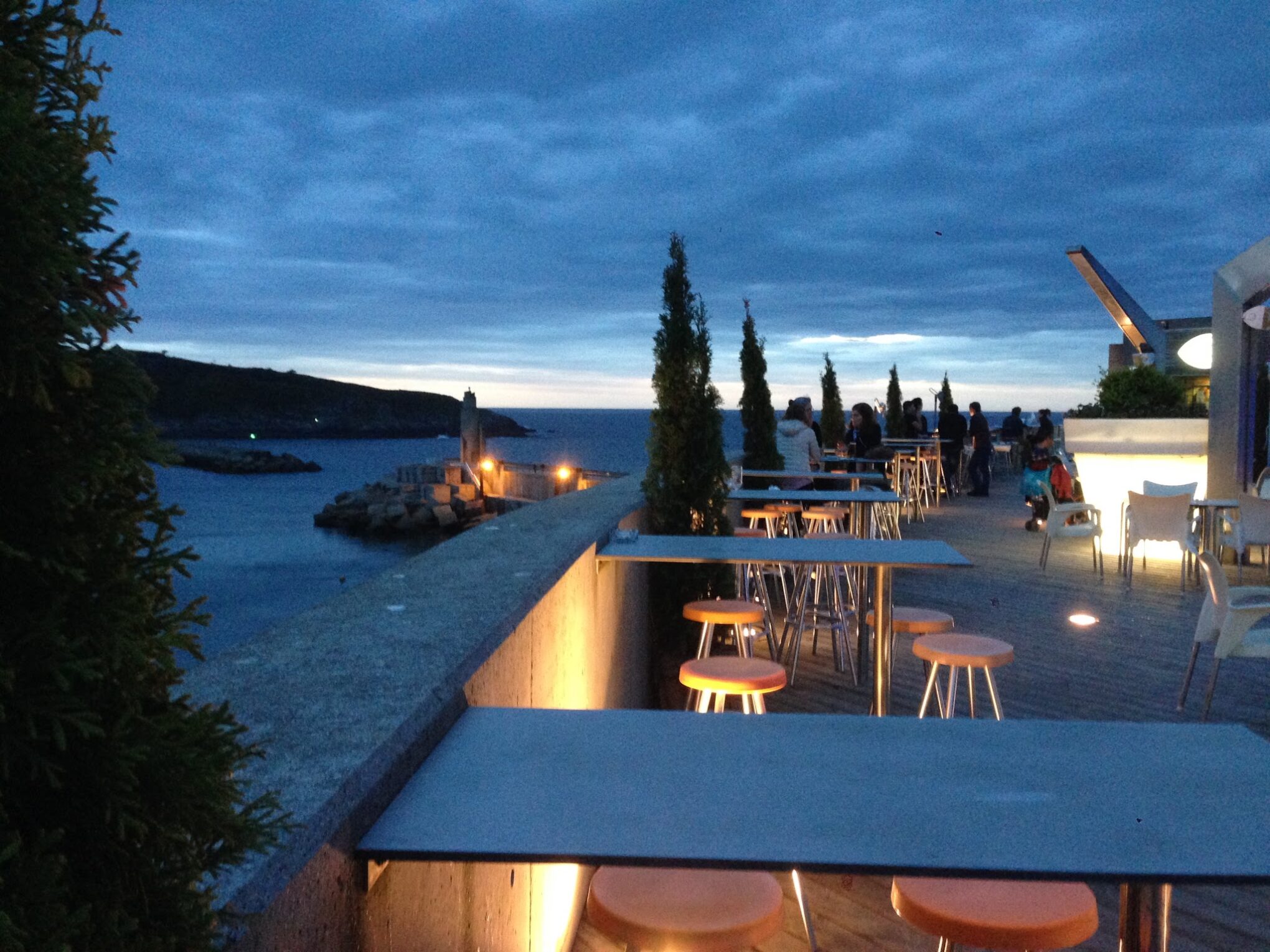 Just perched above the harbour, on a cliff, was a church with a very interested cemetary

Along the coast, there are also some amazing beaches.  Depending on the time of day, you may not know that there is a beach there as when the tide comes in, it just looks like a rock cliff straight down.  We were fortunate enough to make it to the beaches, and wander along the trails and coastline. Highly recommended! 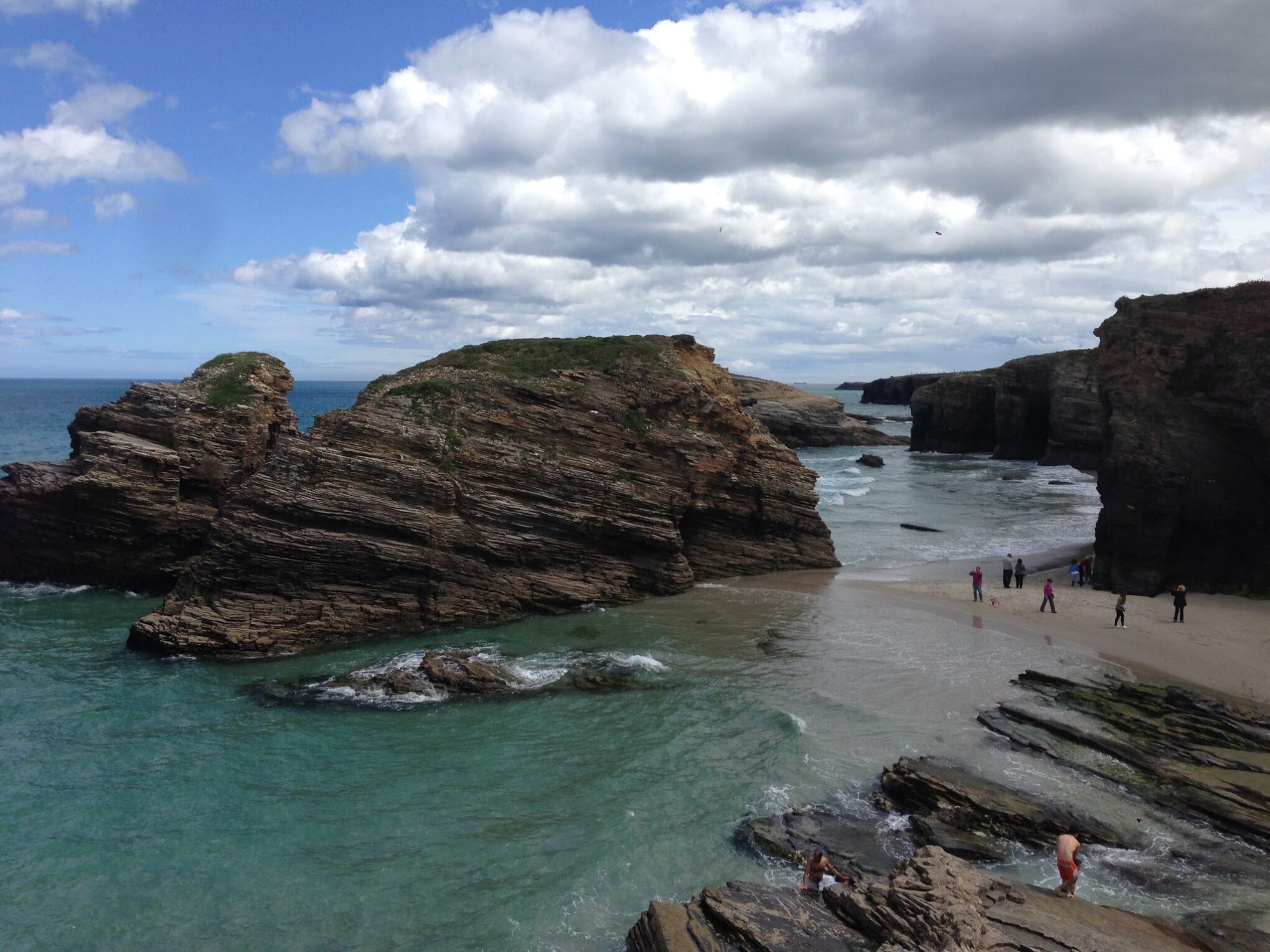 Ferrol isn’t the most exciting of all cities, and I’d actually recommending skipping it.  That said, we ended up visiting the Castle of San Felipe.

The funniest part was the end of our visit where they kept the fort open late to watch the cruise ship depart.  It was just an ordinary cruise ship, but perhaps they don’t get a lot of visitors as there were shot guns and music to see them off! 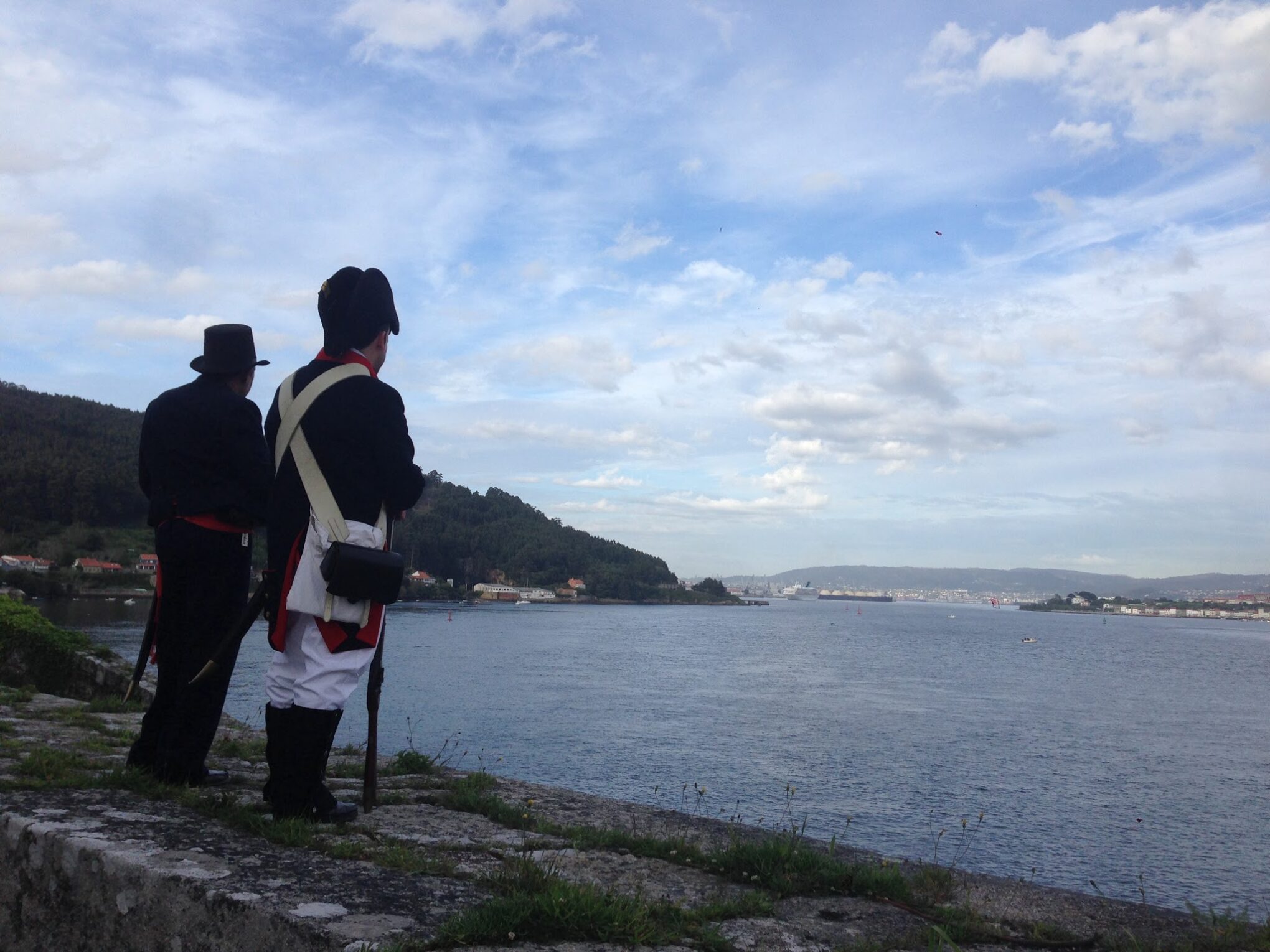 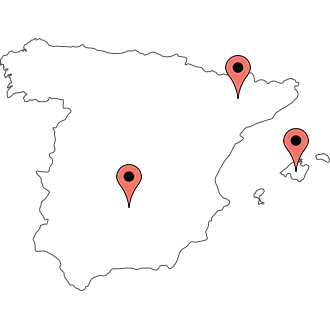 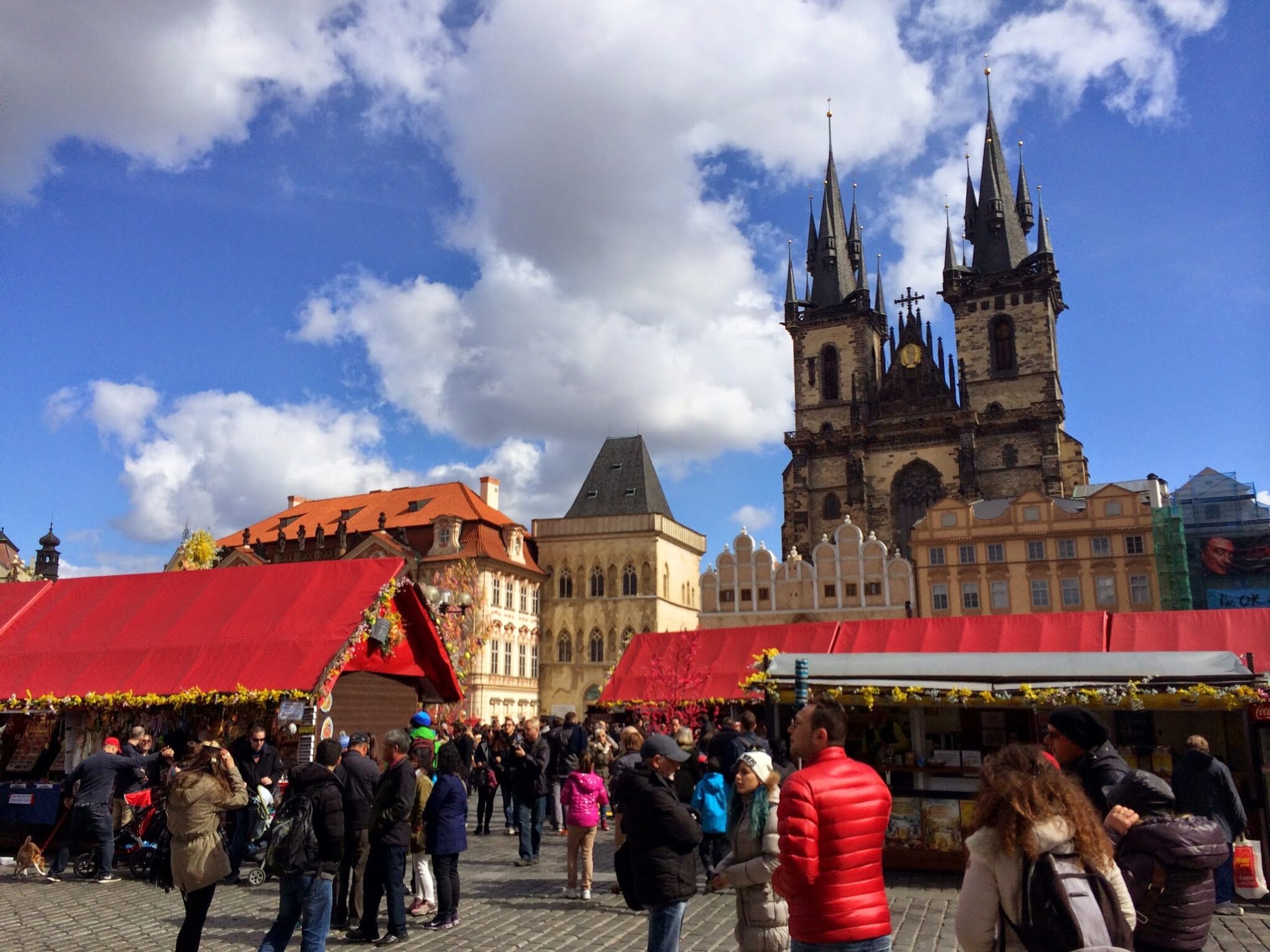 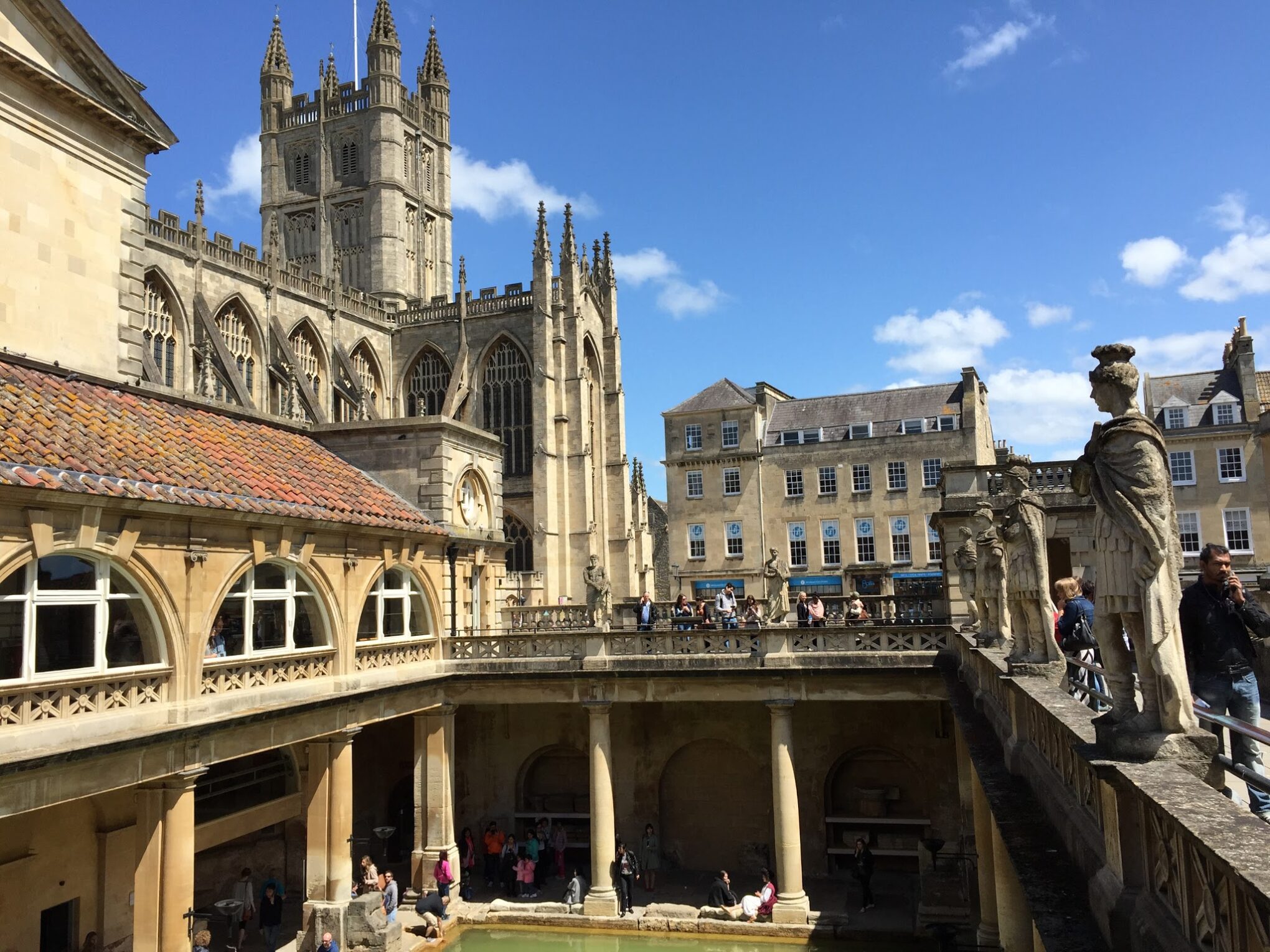 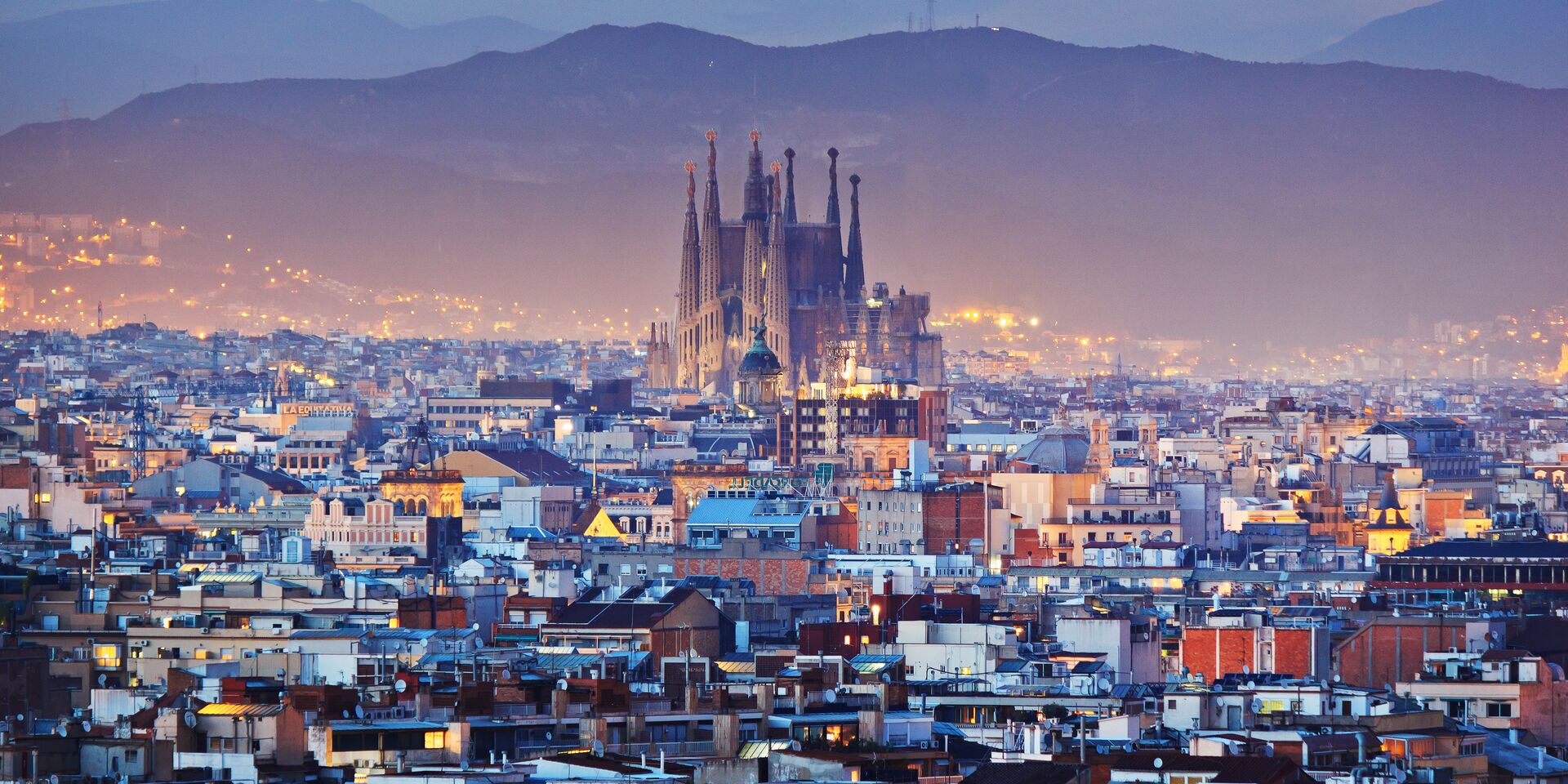 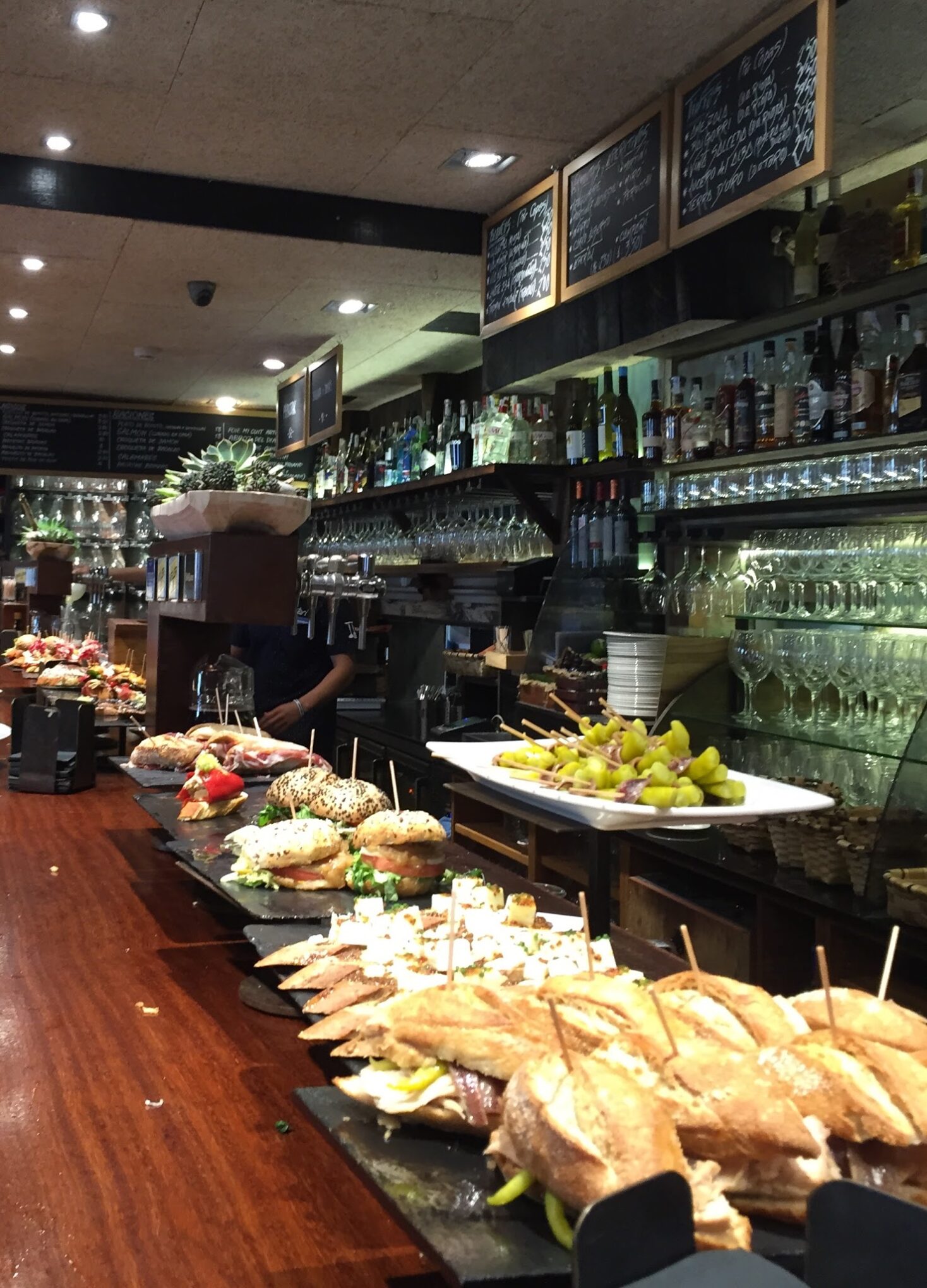 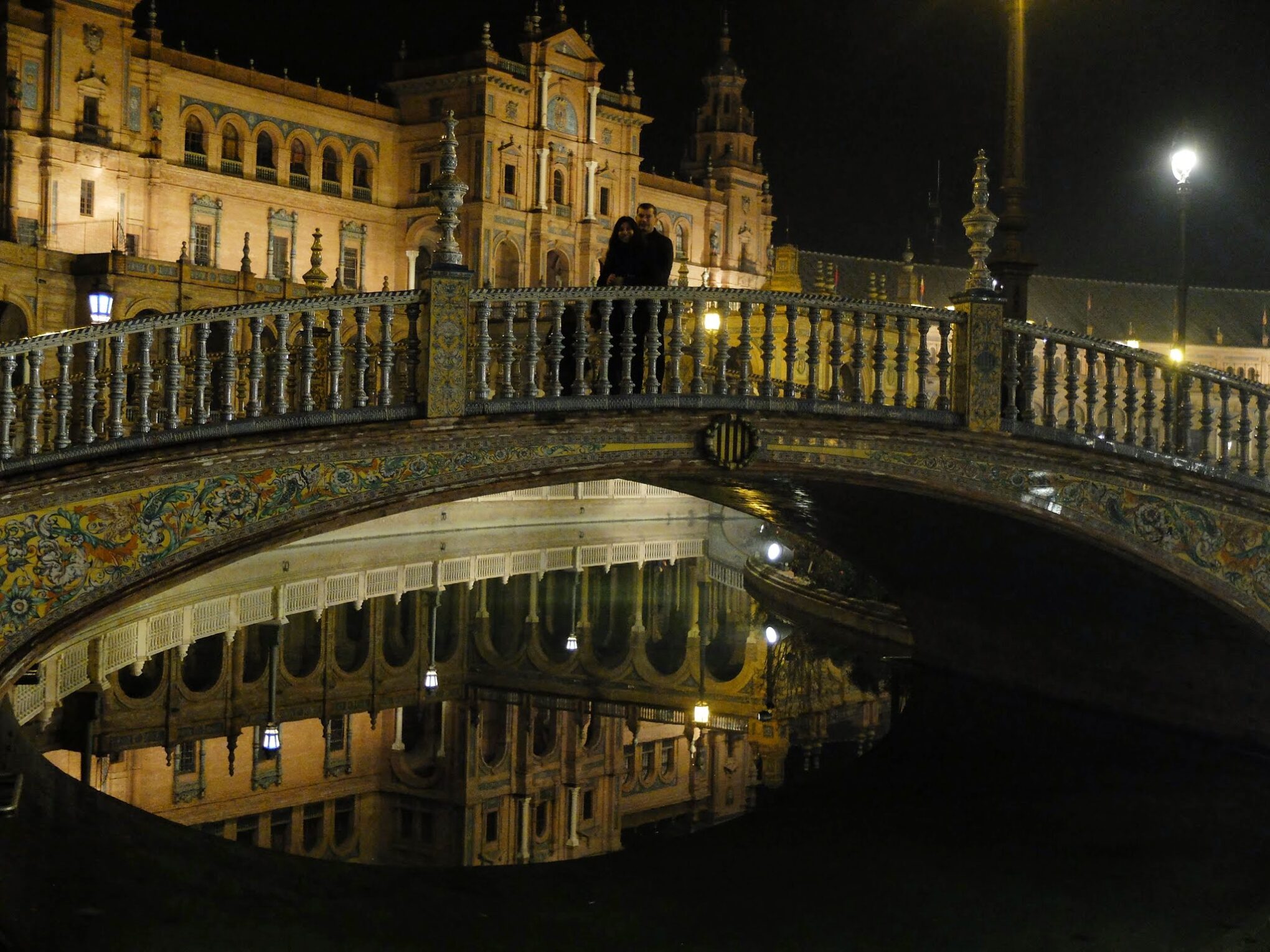