Koh Phi Phi is an archipelago of six islands filled with jaw dropping scenery – limestone cliffs, soft white sand, crystal clear turquoise waters and a lush jungle interior. Of the six islands, Phi-Phi Don is the only one that is inhabited. It’s filled with hotels, bars and restaurants near the main port, and the rest of the coast is dotted with resorts. Despite it being a small island, it’s not possible to cross the island on foot as it’s mostly jungle. Most tourists stay right at Tons Sai Pier, which has a reputation of being noisy with backpackers partying all night long. The other option is to stay on the resorts dotted along the perimeter, but it does require a long tail boat to get to/from them.

We chose Koh Phi Phi because the diving was supposed to be some of Thailand’s best this time of year (and more so, because the reefs have had a chance to recover after three years of no tourism). We were nervous about the island not having the best reputation given the party scene. Therefore, we chose to stay on Long Beach, as it was a short long tail boat ride away from the action, but close enough to get to town.

We spent the night in Krabi Town and then took a one-hour speed boat from Marina Pier to Koh Phi Phi. Upon arrival, we hopped on a long tail boat from Tonsai Pier to The Beach Hotel, where we spent the next four days.

Our seaside villa was perched on the cliff above the beach with 180-degree views. We spent the first day relaxing and enjoying the resort. Shark point is just off the coast, so we attempted to snorkel out there. I didn’t have fins and managed to get a small sting by a sea urchin and rushed back to shore to take care of that (all okay!).

Koh Phi Phi Leh is not inhabited, but it’s made famous by the movie, The Beach. We rented a private long tail boat to make our way to Maya Bay at sunrise before the crowds arrived. It’s beautiful but an extremely disappointing experience as it’s heavily controlled and you can’t swim in the ocean there. We kept our visit short and and then continued around Phi Phi Ley and Phi Phi Don. We did a couple snorkel and beach stops around the other parts of the islands.

Every third storefront in Ton Sai is a dive shop. We chose to dive with PKT Diving, primarily because Adam was able to do the Advanced course 1:1, and they had a good size boat. We spent two days diving, six dives total. The dive sites were scattered around Phi Phi, including Bida Nok, Bida Nai, Phi Phi Ley and Phi Phi Don. The dive sites offer gently sloping reefs, deep walls of coral, ship wrecks and some artificial reefs made of concrete blocks.

Each morning, we took the longtail from the hotel to Ton Sai pier to catch the dive boat. On the first day, we did four dives around Bida Nok and Phi Phi Ley. We saw a range of wildlife including hawksbill turtles, blacktip reef sharks, moray eels and my favourite, an octopus!

On the second day, we decided to visit the wreck. It’s a purposely sunken boat that’s been under for 9 years, and has a surprising amount of life on it. The wreck is away from the rest of the marine park diving so it meant we were traveling via long tail boat as there were other divers on the main boat. This was a little chaotic as we had 7 divers, 16 tanks rolling around and a bunch of gear. Plus getting on the long tail boat post-dive was also an interesting challenge when all geared up. That said, the wreck is filled with an abundance of fish and is incredible. Also, since our second dive was at Viking Cave, we also got to swim in Pi Leh Bay for the surface interval which was gorgeous.

After our first day of diving, we ran up the steps to the ViewPoint, to catch the sunset over Phi Phi Don. Pretty spectacular and worth walking up the hundreds of steps and twisting paths for the rewarding view.

All in all, we enjoyed Koh Phi Phi. I don’t believe the town itself was as noisy and raging as its reputation suggested, but perhaps that was because we were just past the covid restrictions and tourism was not at its peak. We enjoyed being on Long Beach, close enough to experience some of the life, but far enough to have a tranquil getaway. And most importantly, Adam became an Advanced Certified Diver! 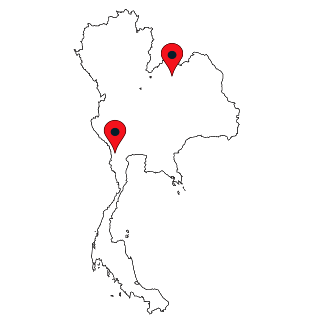 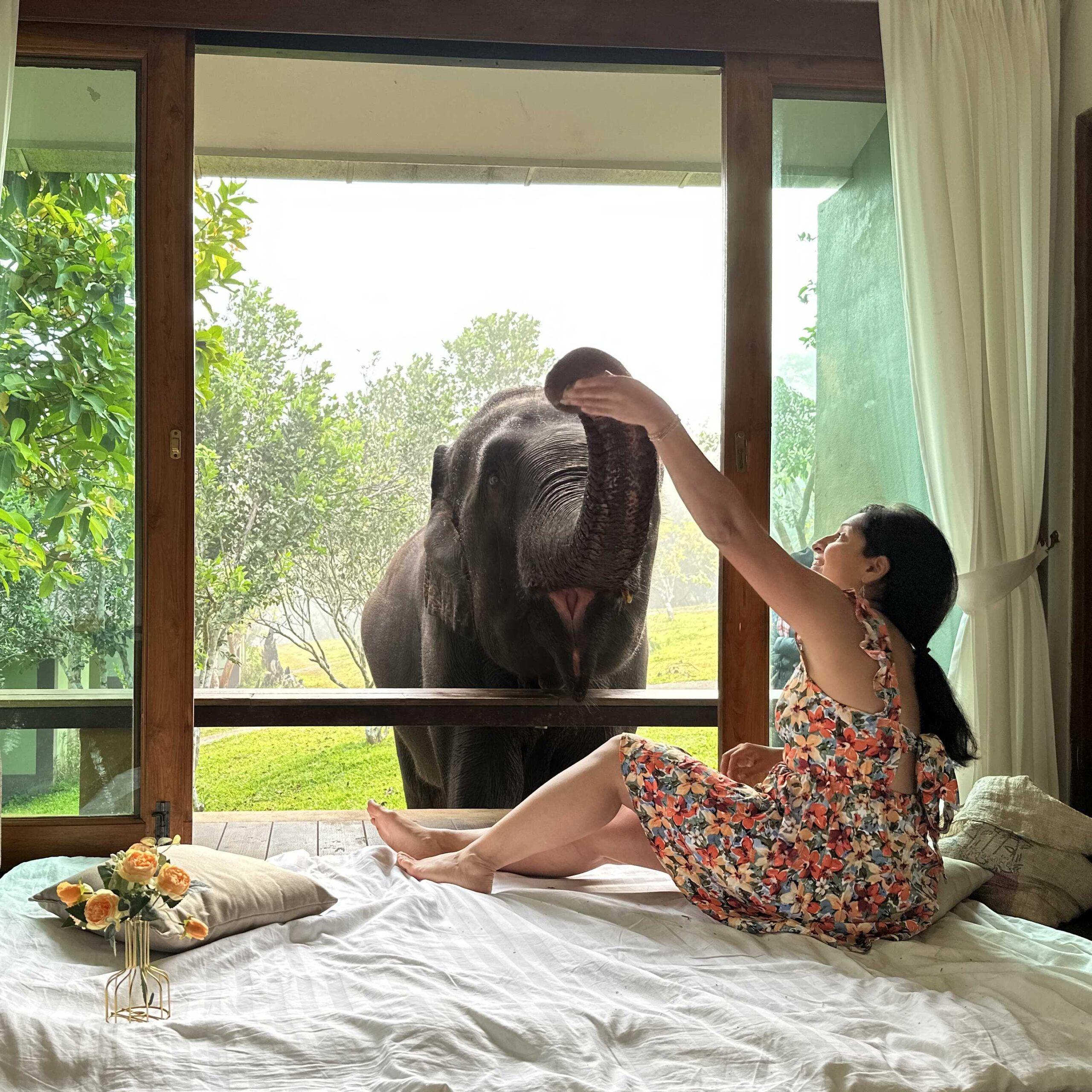 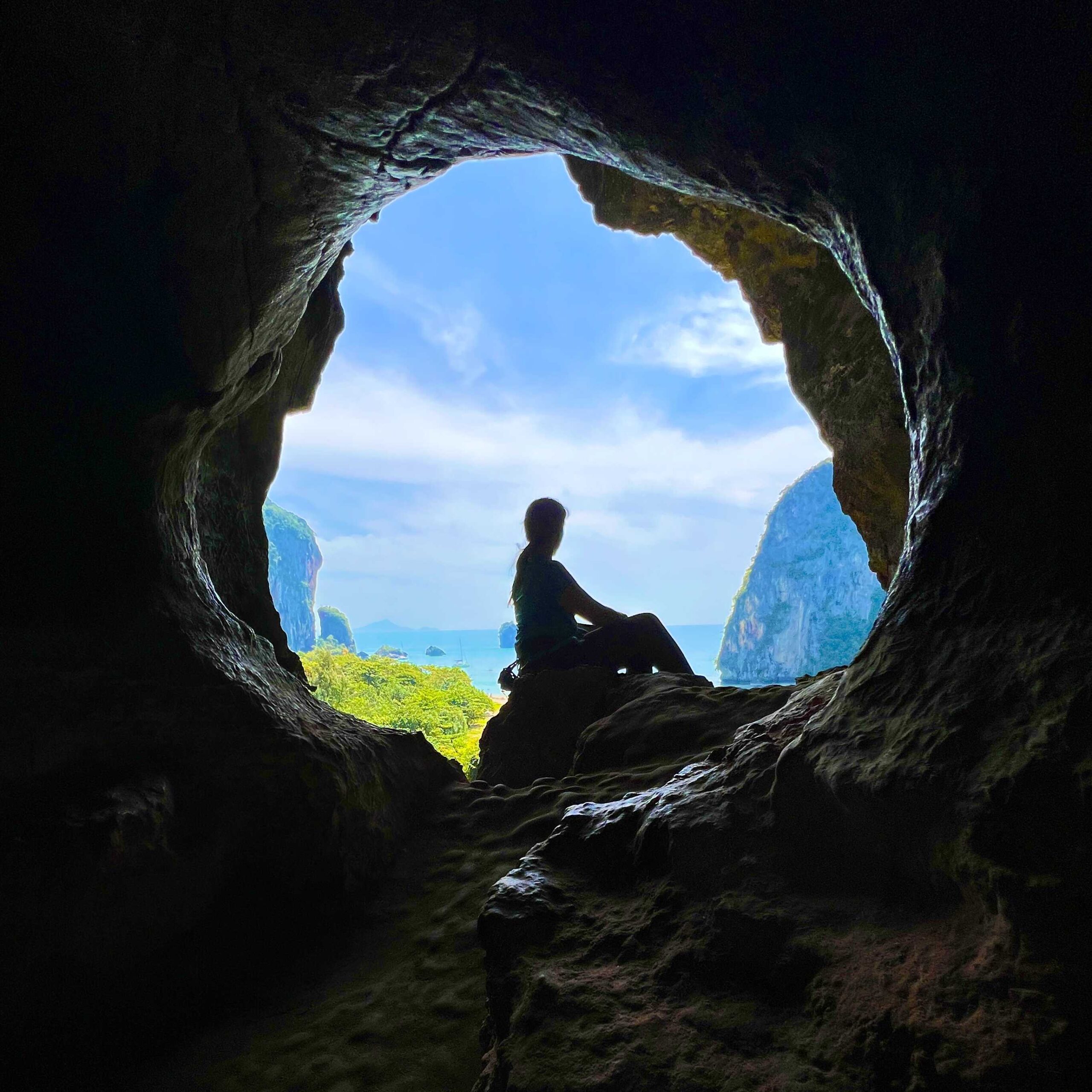