After several nights without hot water and a hostel like stay in the jungle, we were pleasantly surprised with our hotel in Manuel Antonio.  The Falls had a beautiful courtyard filled with lush vegetation and a nice pool.

We immediately dropped our luggage in the room and started our evening with a sunset cocktail poolside, a hot (the first of the trip) shower and dinner at Cafe Milagro.  The next few days were all about beaching in the turquoise waters surrounding Manuel Antonio. 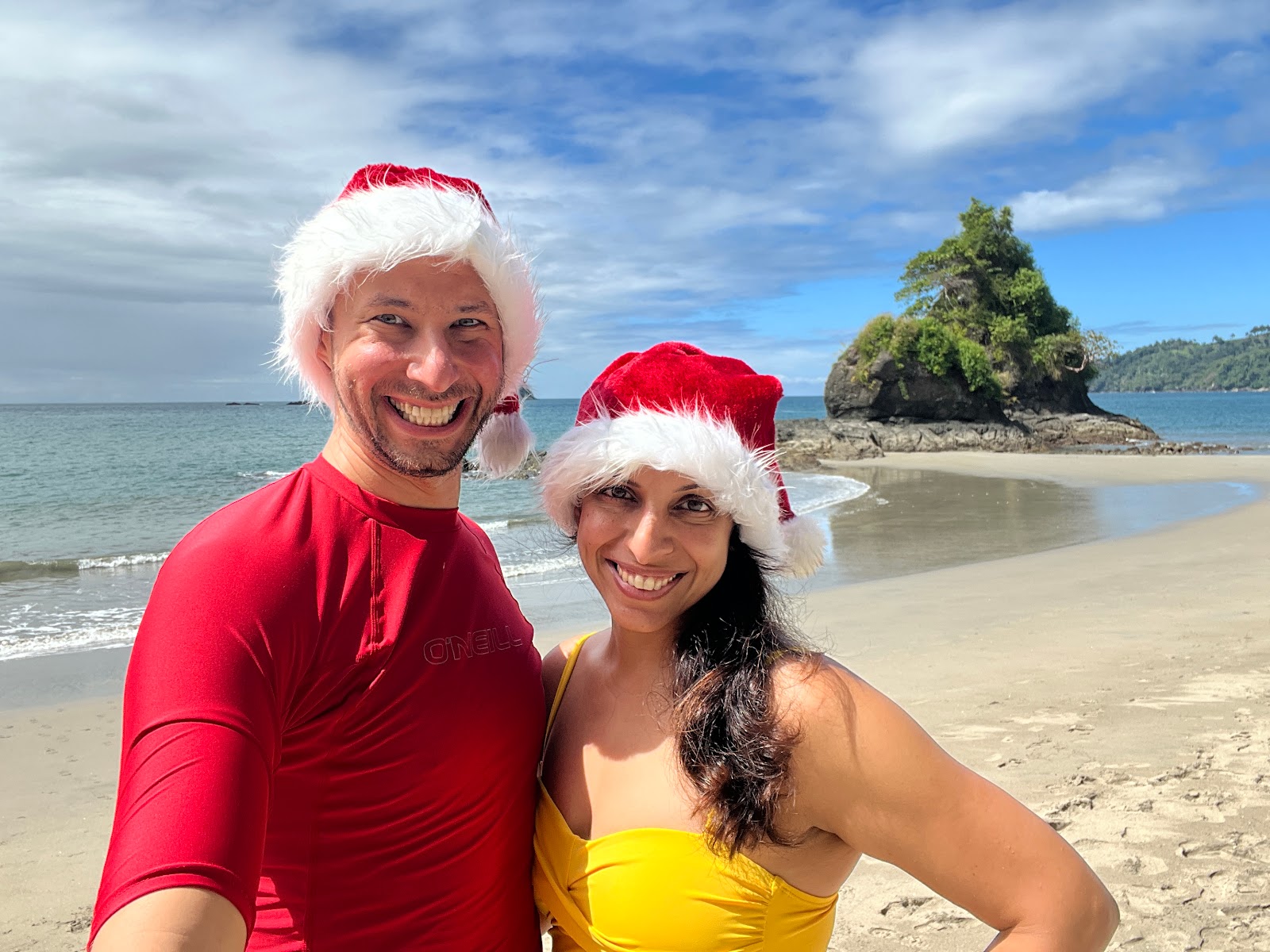 While Manuel Antonio’s park is the smallest national park in Costa Rica, it was one we were keen to check out as it is know for the abundance of monkeys and other wildlife.  We saw a few sloths, iguanas and birds, but really, the monkeys were the stars of the show! 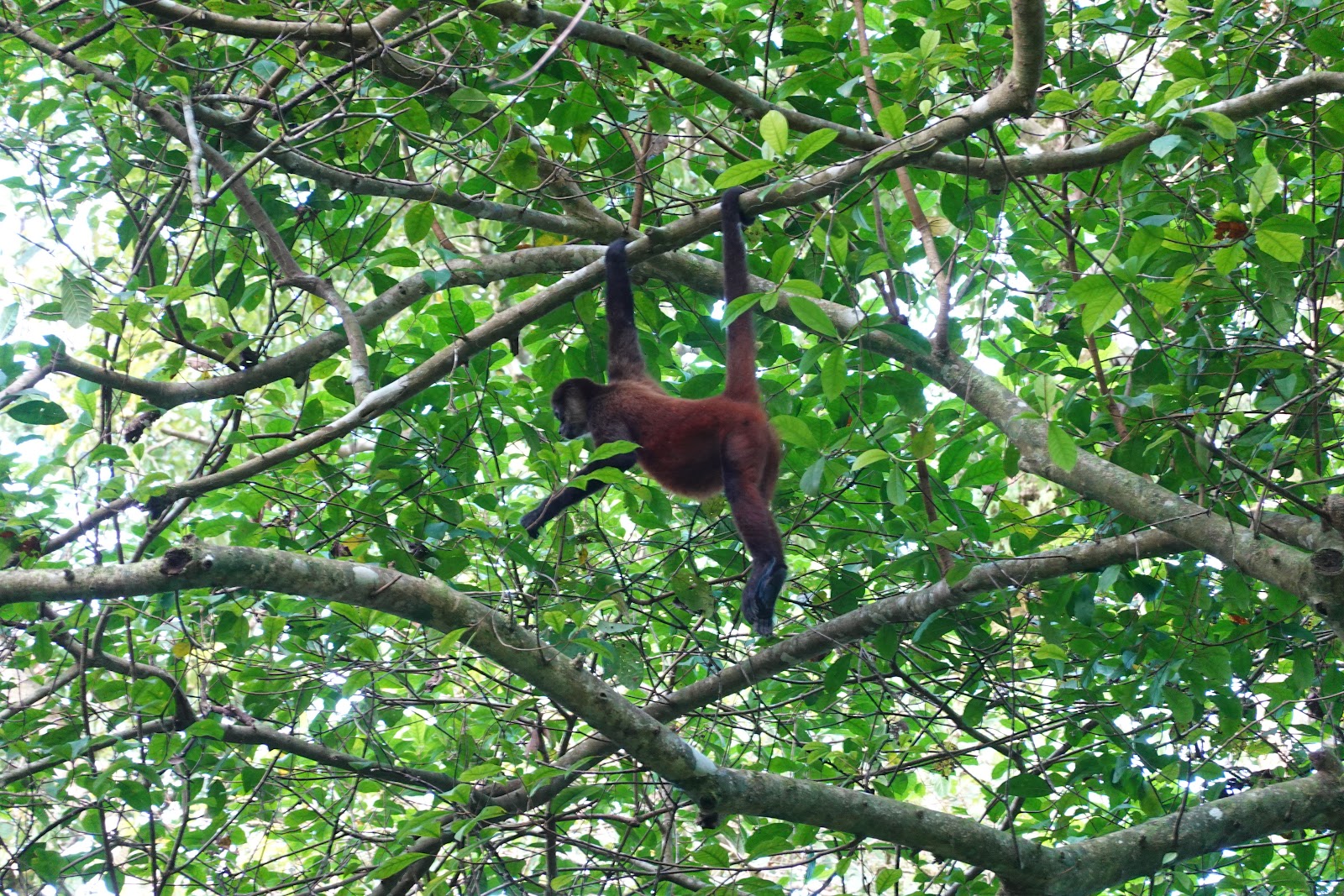 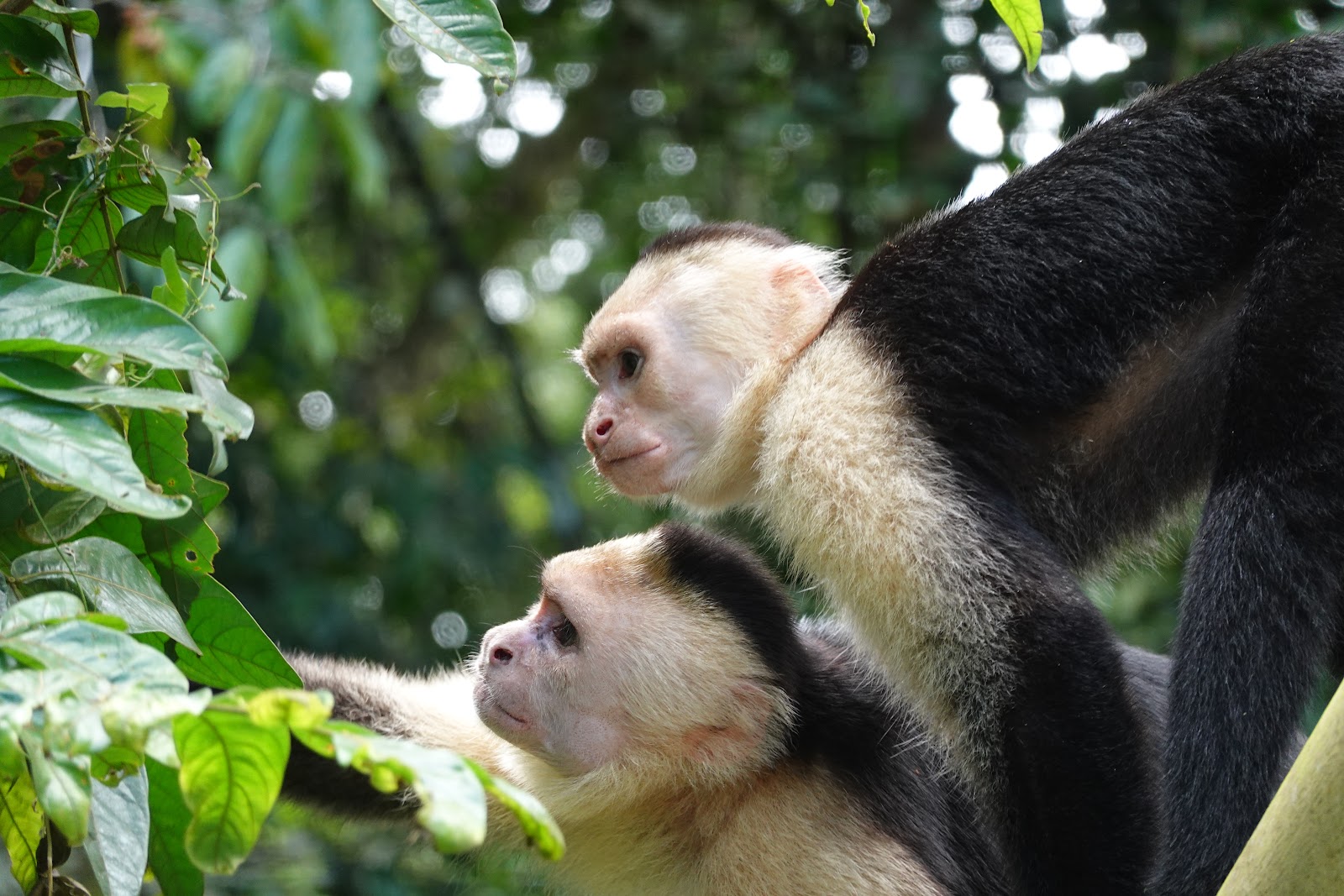 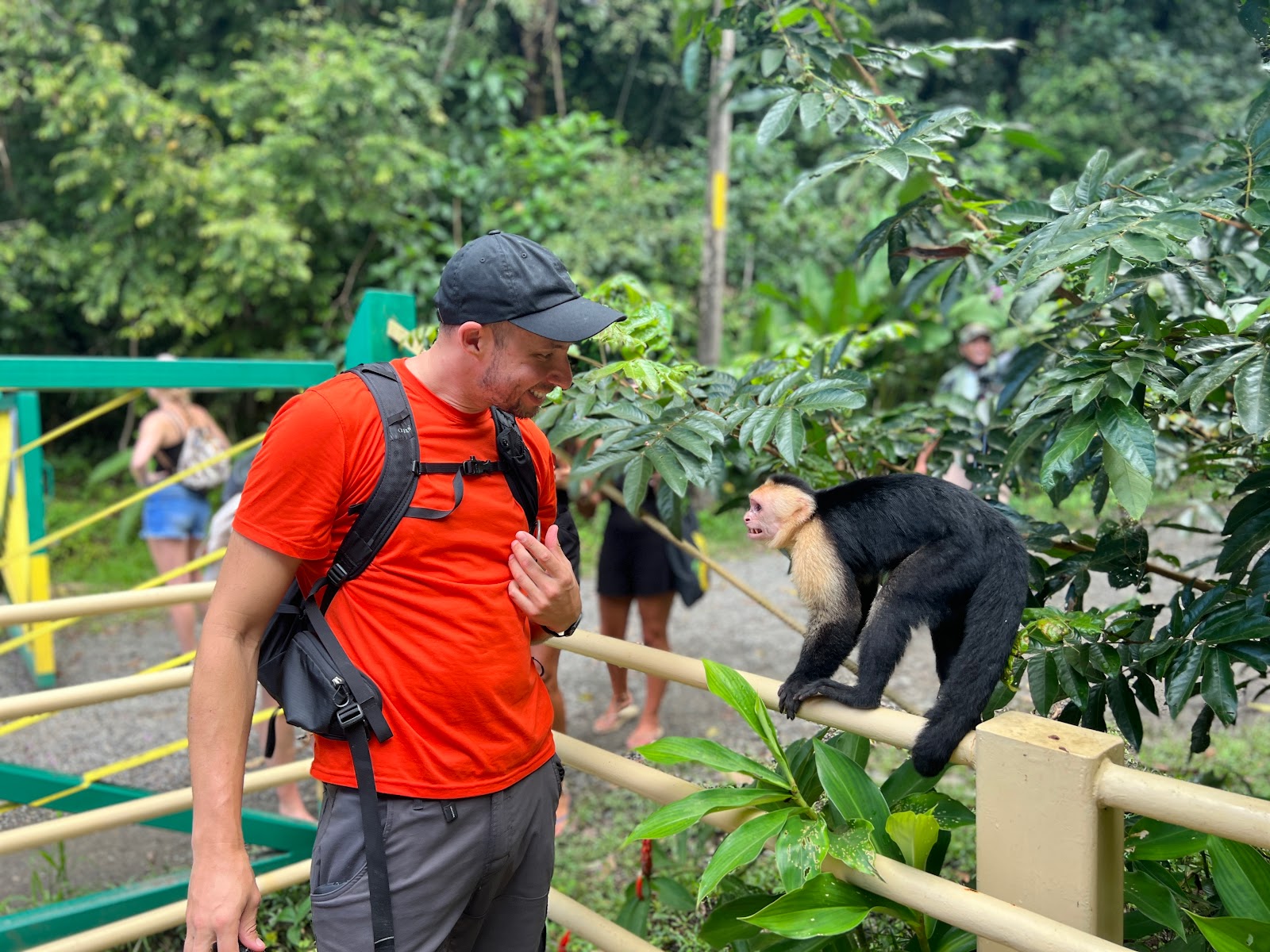 The walk through the park is also nice as there are two beaches within the park itself.  We had a chance to swim at one of the beaches inside the park before heading to the beach in town to try out surfing.

Adam and I had never surfed before and Manuel Antonio’s gentle waves were perfect for just this. I was extremely nervous about trying it but after two hours with Luis, we were both hooked.  We spent the first few minutes on the sand learning the basic technique and we were then in the water with Luis holding the board and teaching us how to stand up.  We felt like we were toddlers again learning how to ride a bike!  It started with him holding the board and then slowly, the training wheels came off and we were standing up on our own. We ended up enjoying it so much that we took a second lesson the following day and tried to perfect our ability to ride the waves. 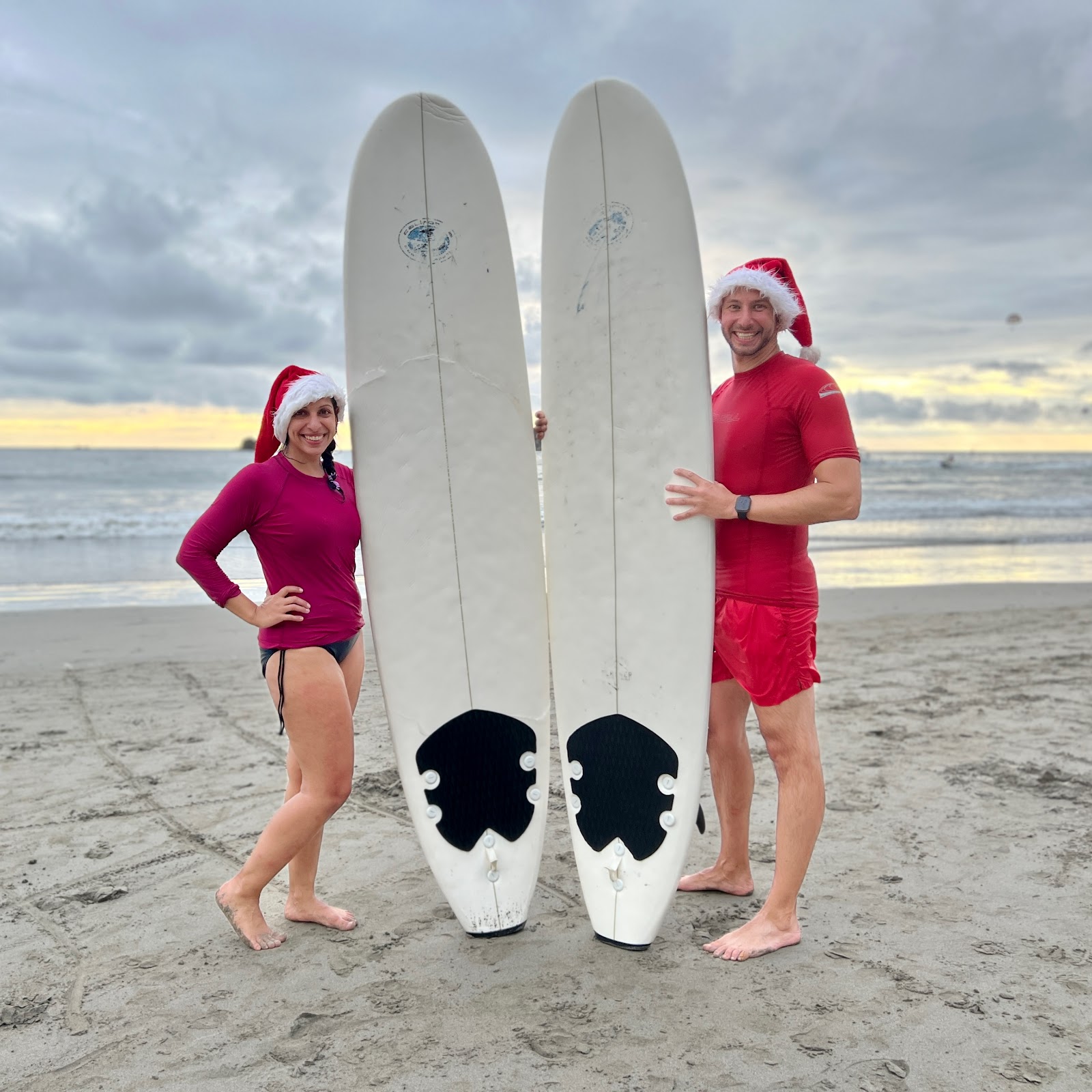 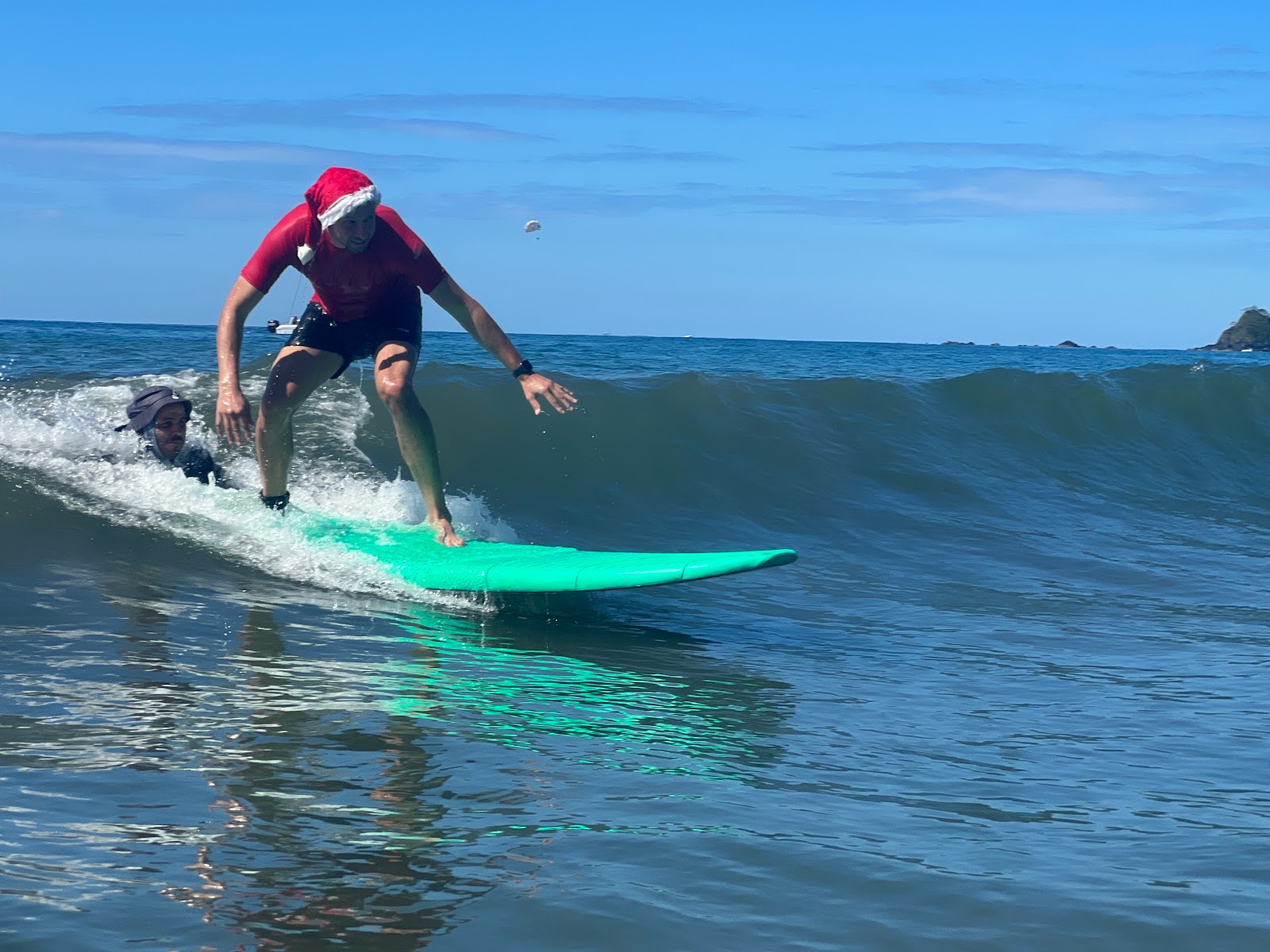 After a few days of relaxing on the beach and surfing, we had one last morning to enjoy Manual Antonio.  We decided to spend the morning on the beach, but also soaring above.  We took a 15 minute flight over Manuel Antonio National Park and the surrounding islands. 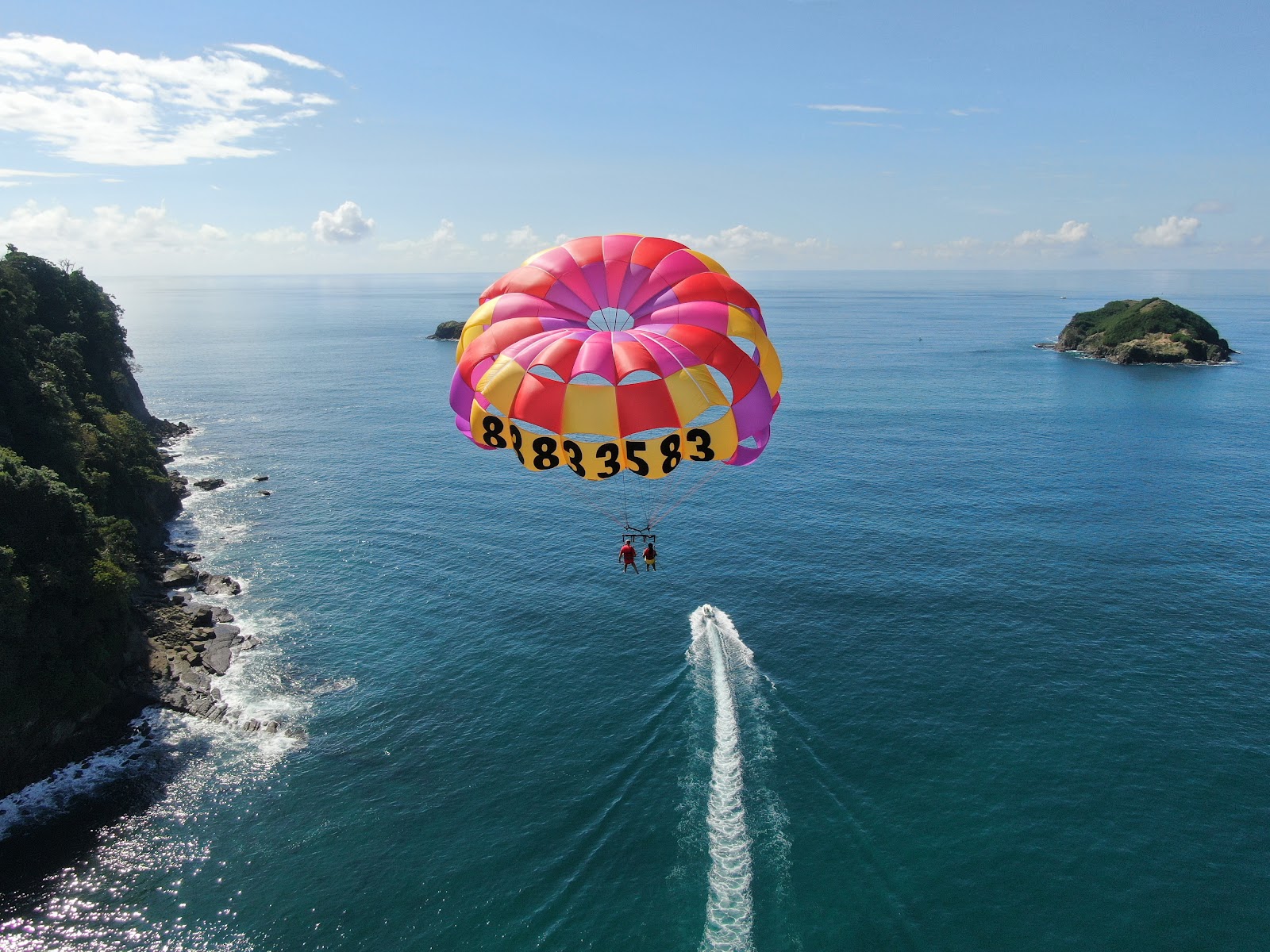 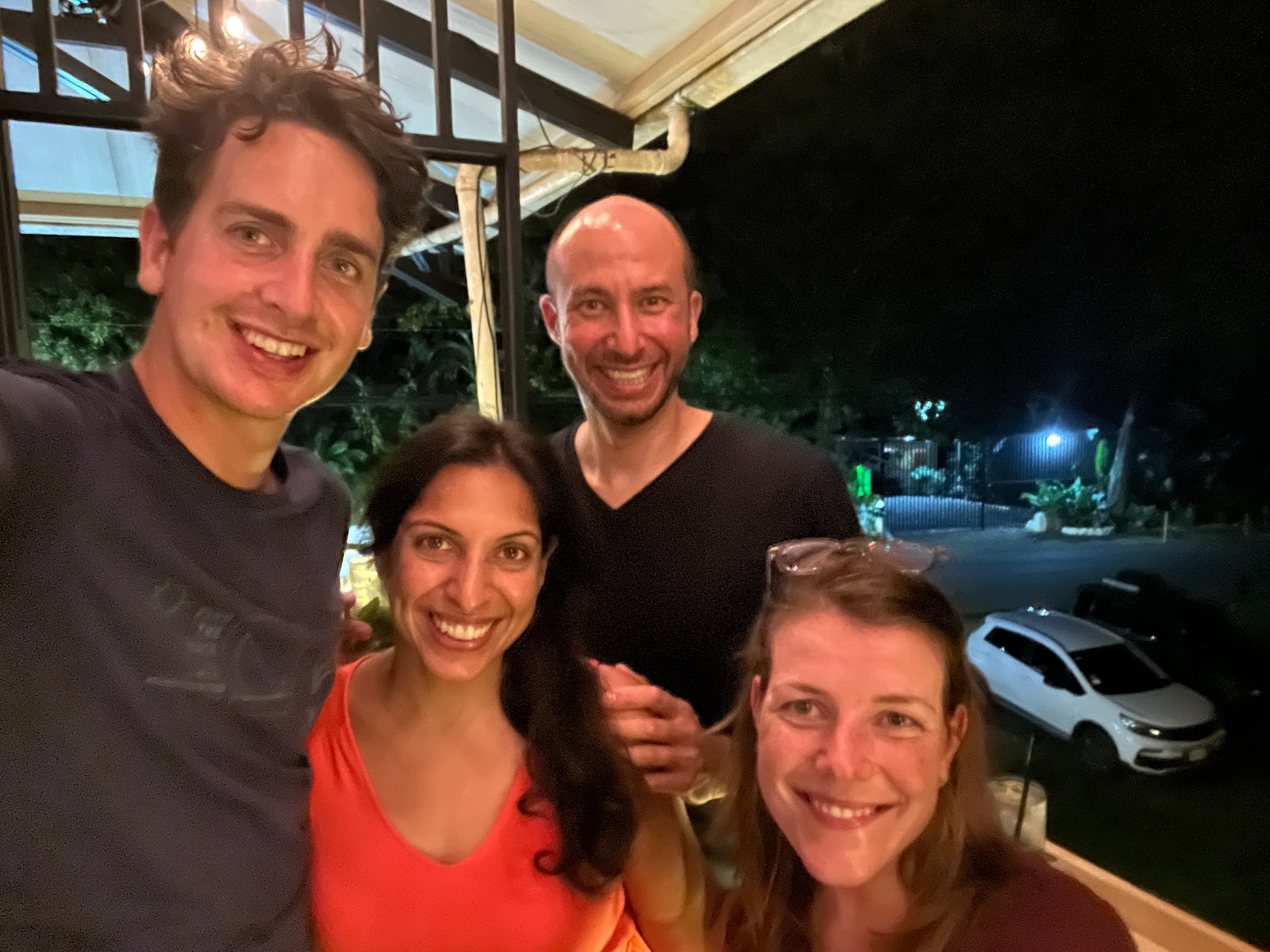 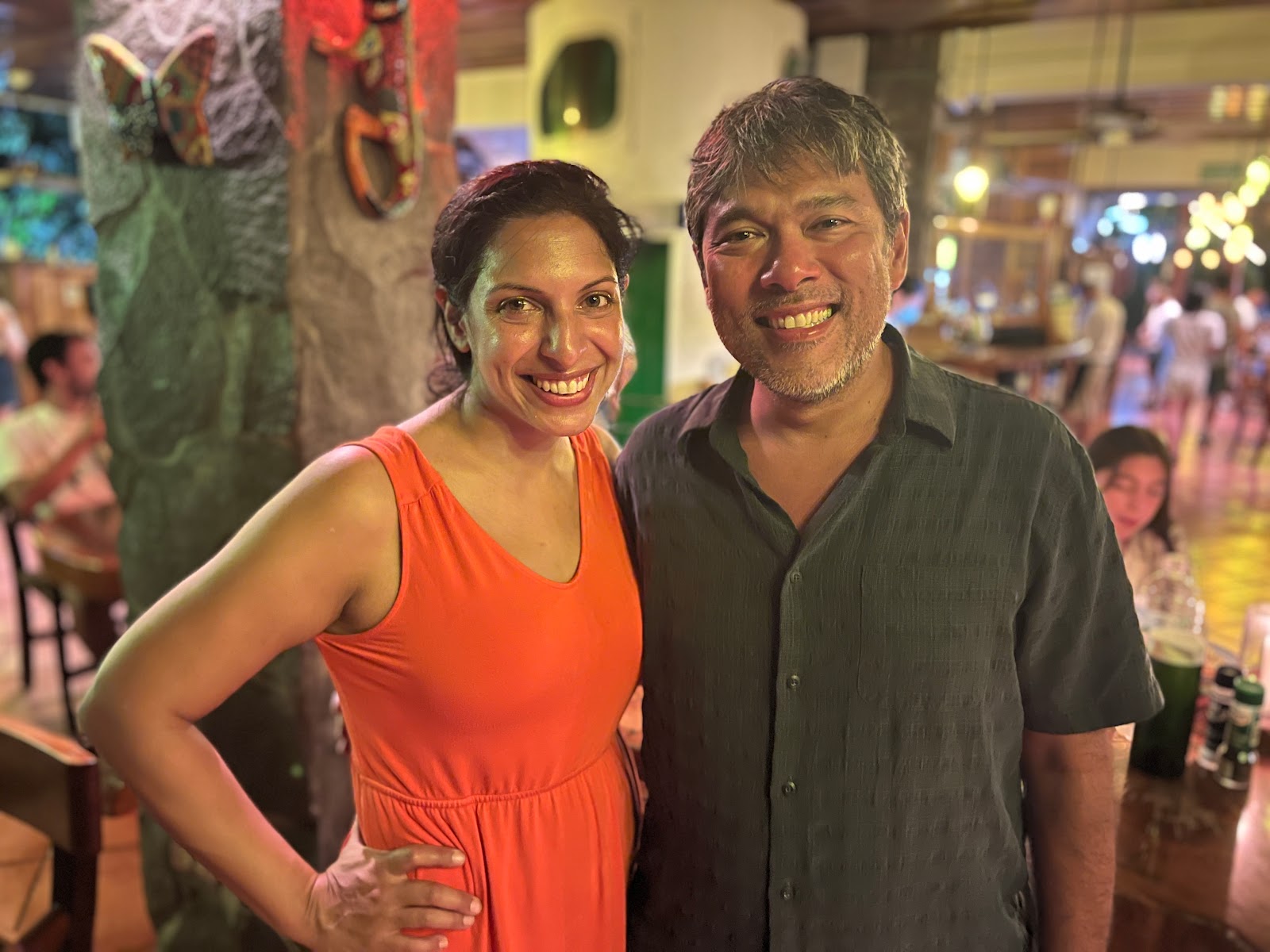 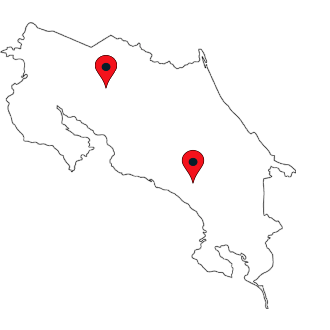 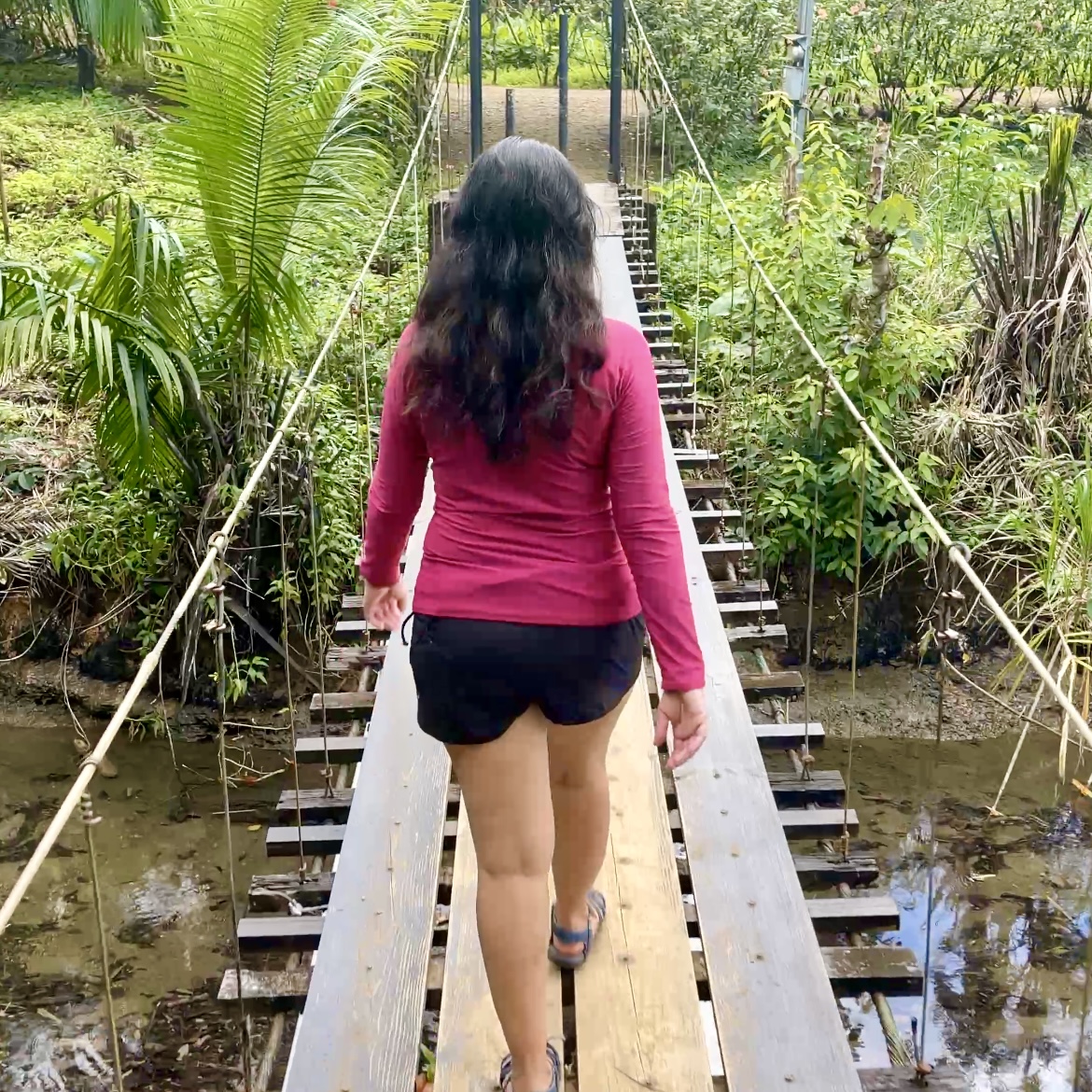 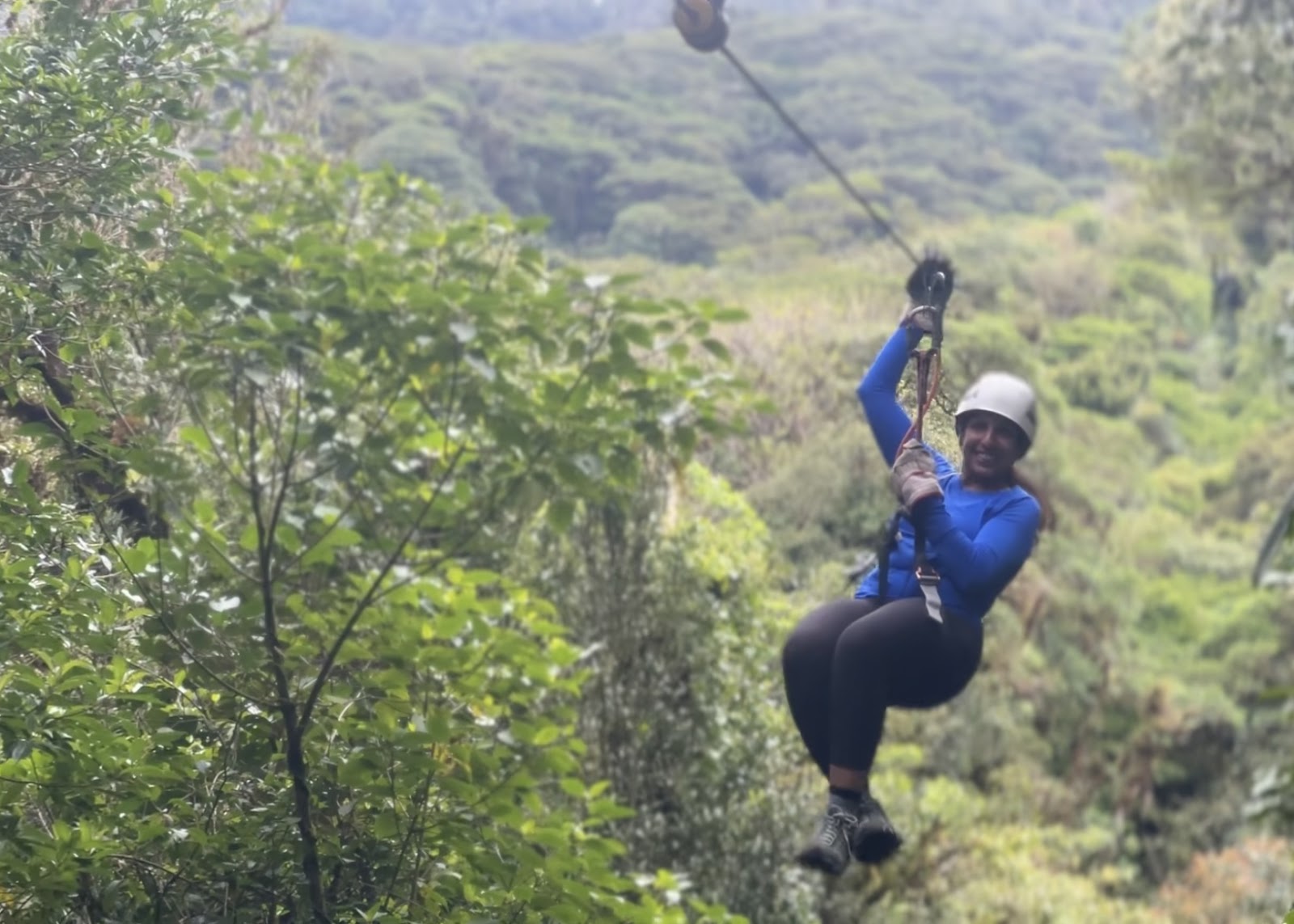 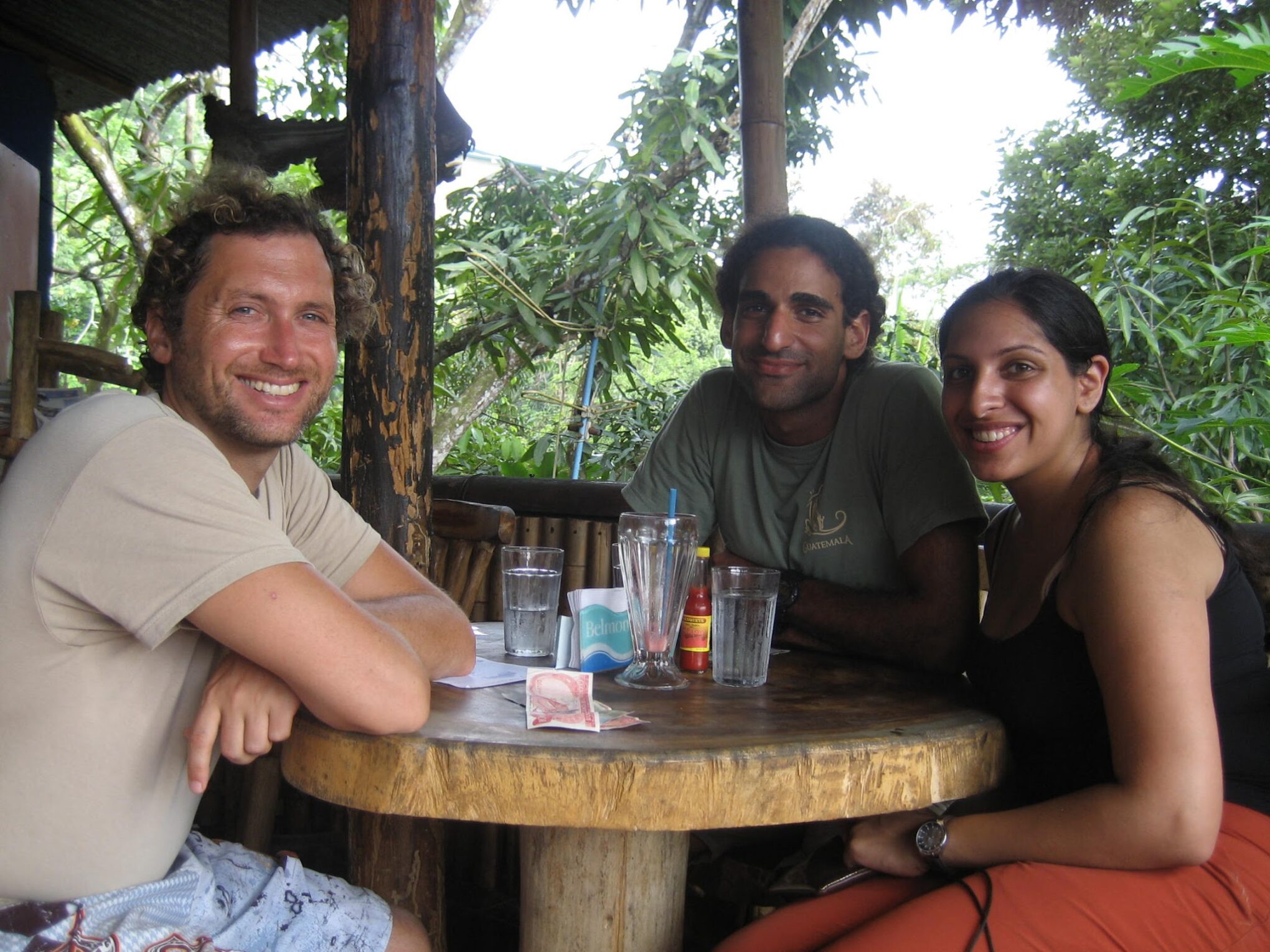