Mount Fuji is Japan’s tallest mountain at 3,776 meters high.  The now dormant volcano is an iconic image throughout the country, and during the climbing season, thousands of visitors attempt to summit the mountain. 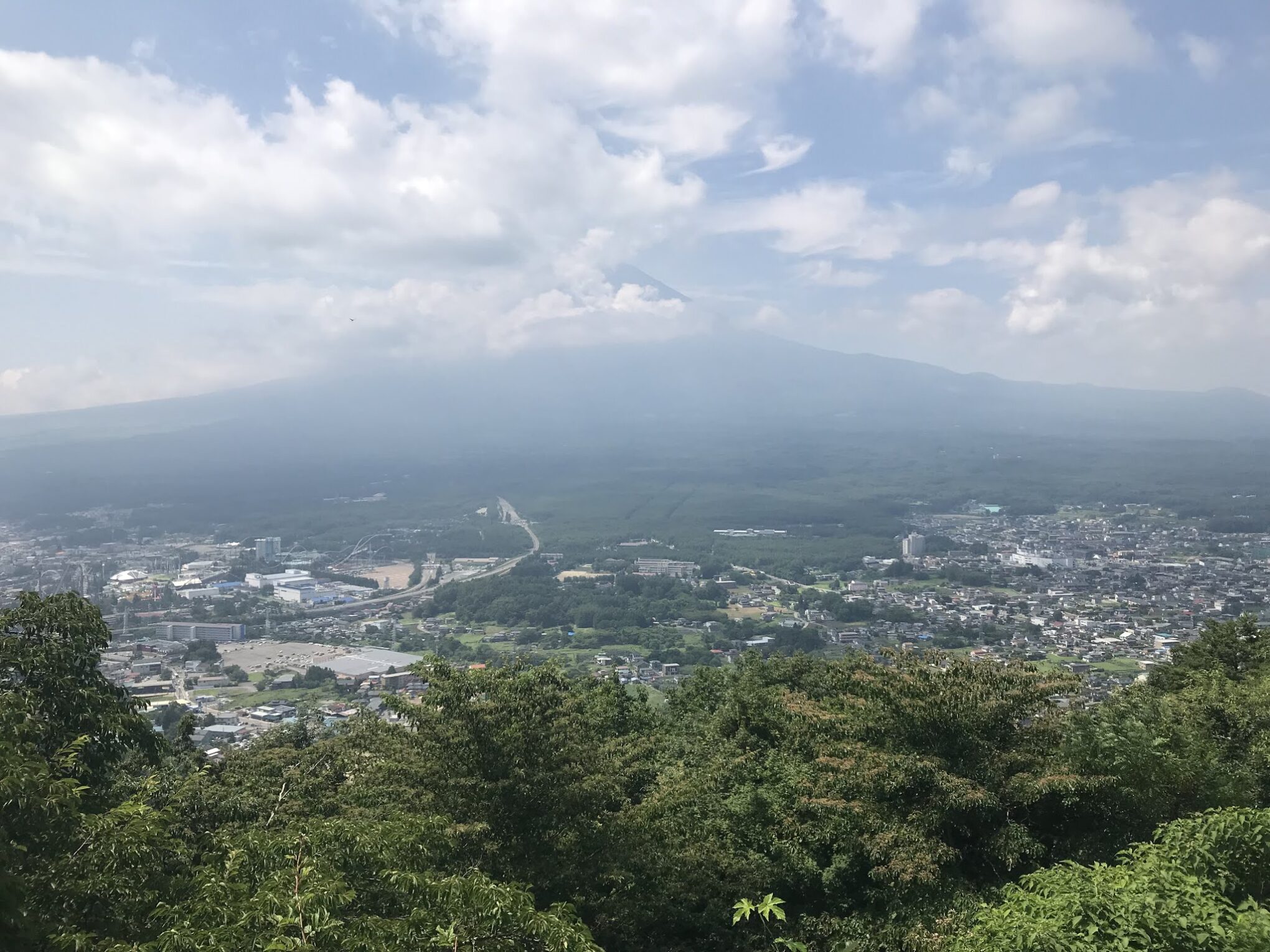 There are four trails to the summit, the most popular being the Yoshida route.  We decided to go for this, as like most, we thought it would make sense to climb to the 8th station, rest, and then summit the mountain for sunrise, and this route has the most mountain huts.

The beginning of the trail is fairly simple, but we walked fairly slow in order to avoid any altitude sickness. 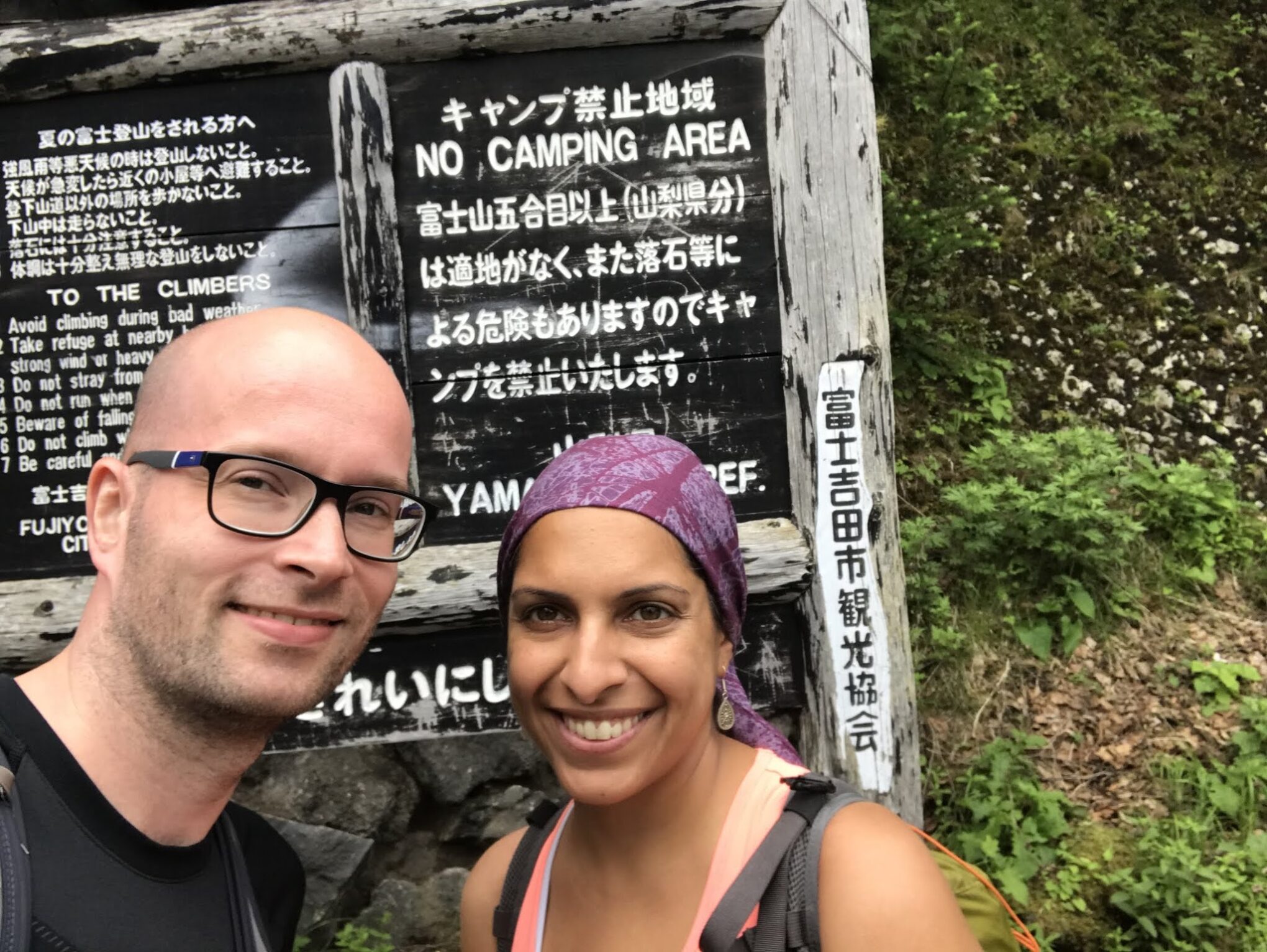 The hardest part of the Yoshida trail is between the 7th and 8th stations, primarily because it is a bit of a scramble.  This turned out to be my favourite part as the path was far more interesting and a fun scramble up the mountain. 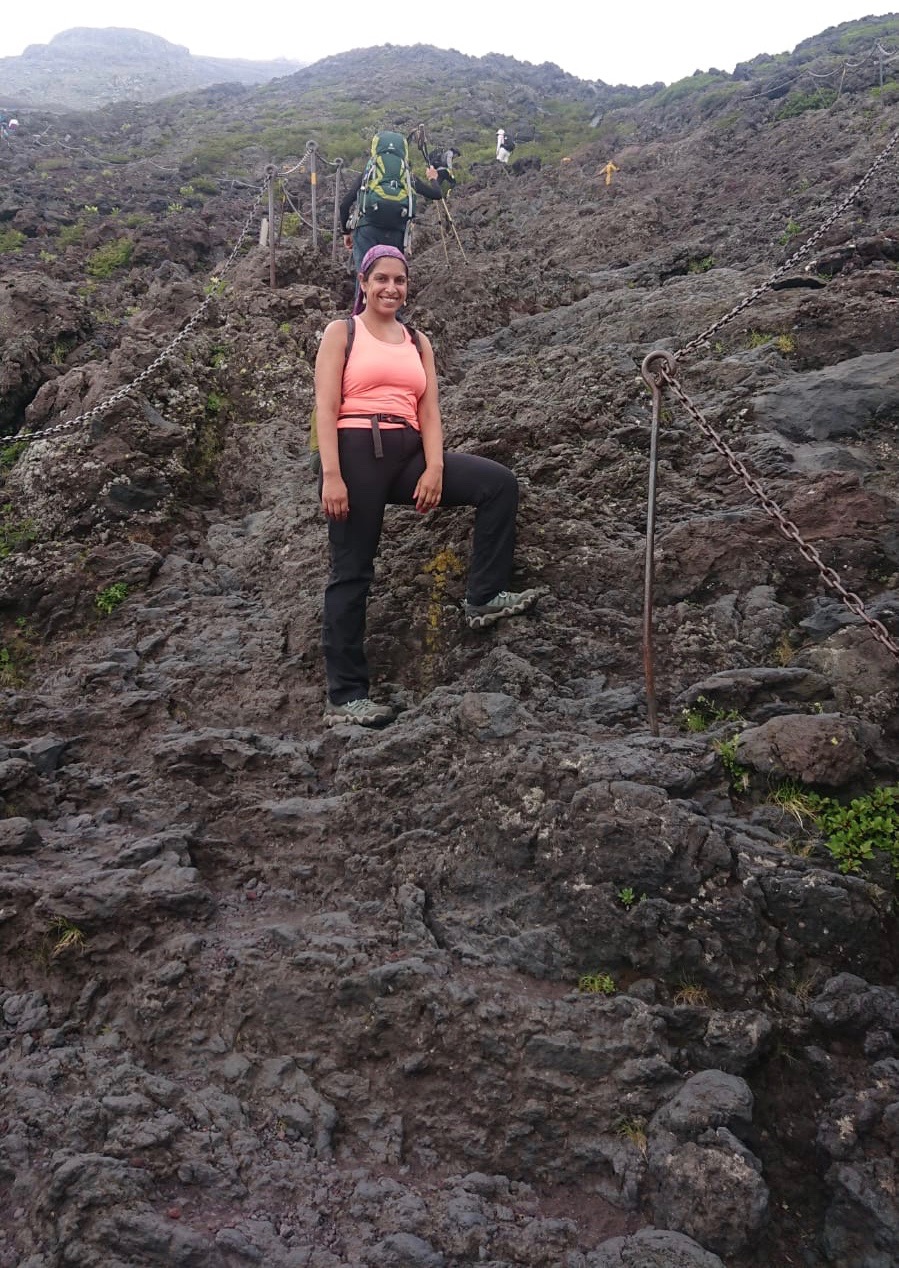 As it turned out, our slow pace was faster than the average, and we reached the 8th station around 1:45pm. 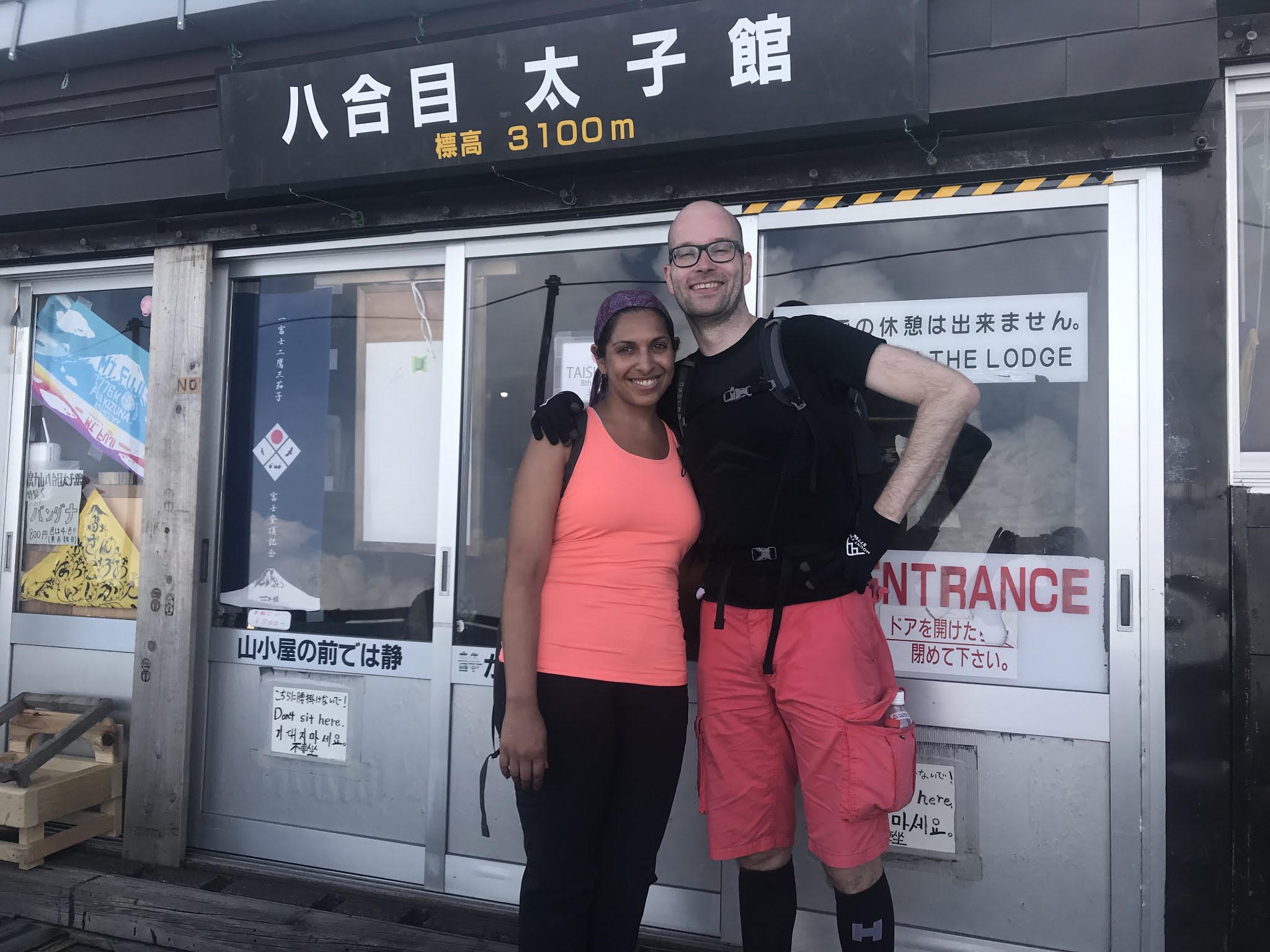 Therefore, we decided to continue to the summit.  After a visit to the shrine at the top, we walked around the crater to reach the weather station, which is the actual highest point on the crater’s 4 kilometer circumference. 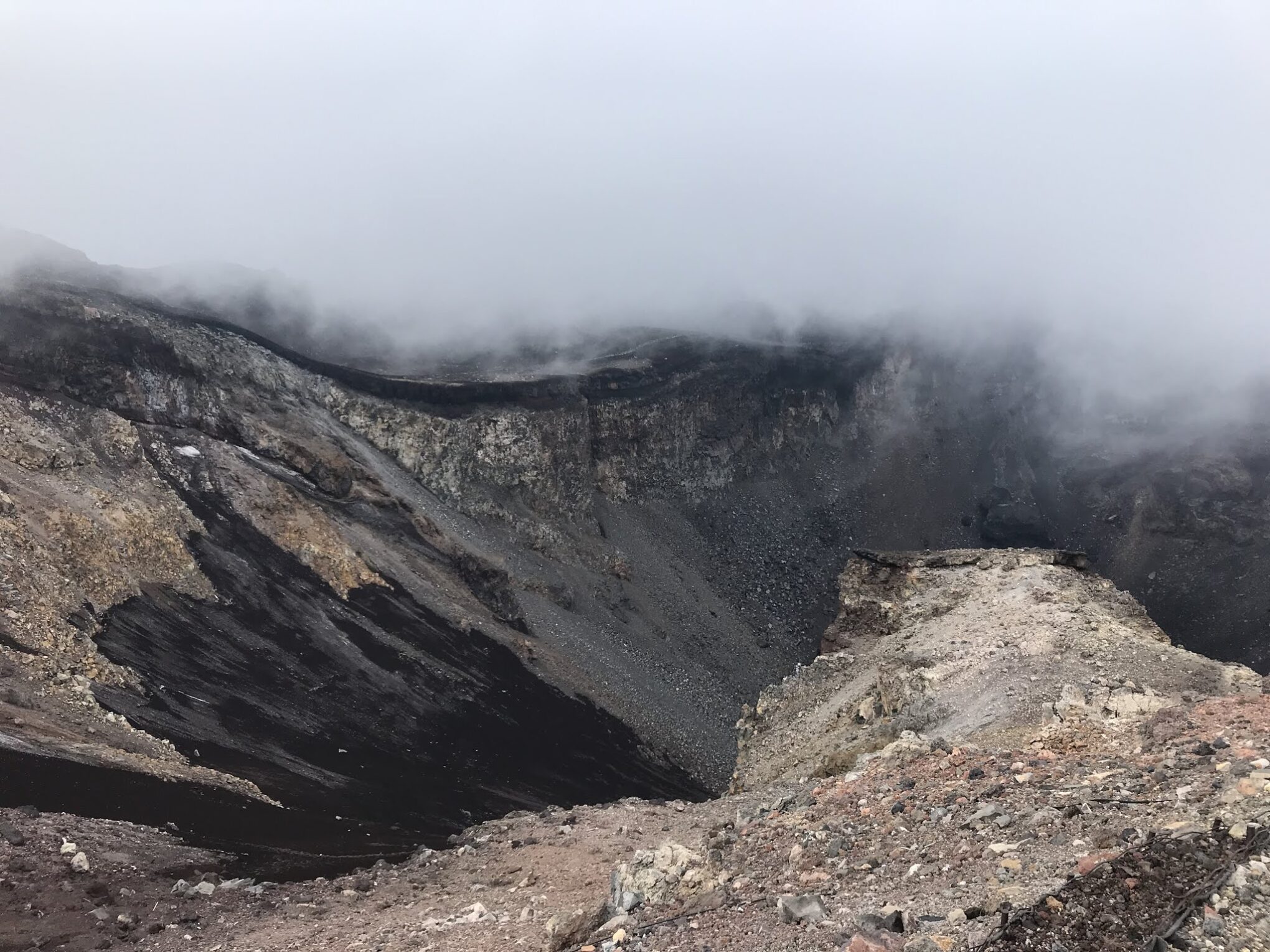 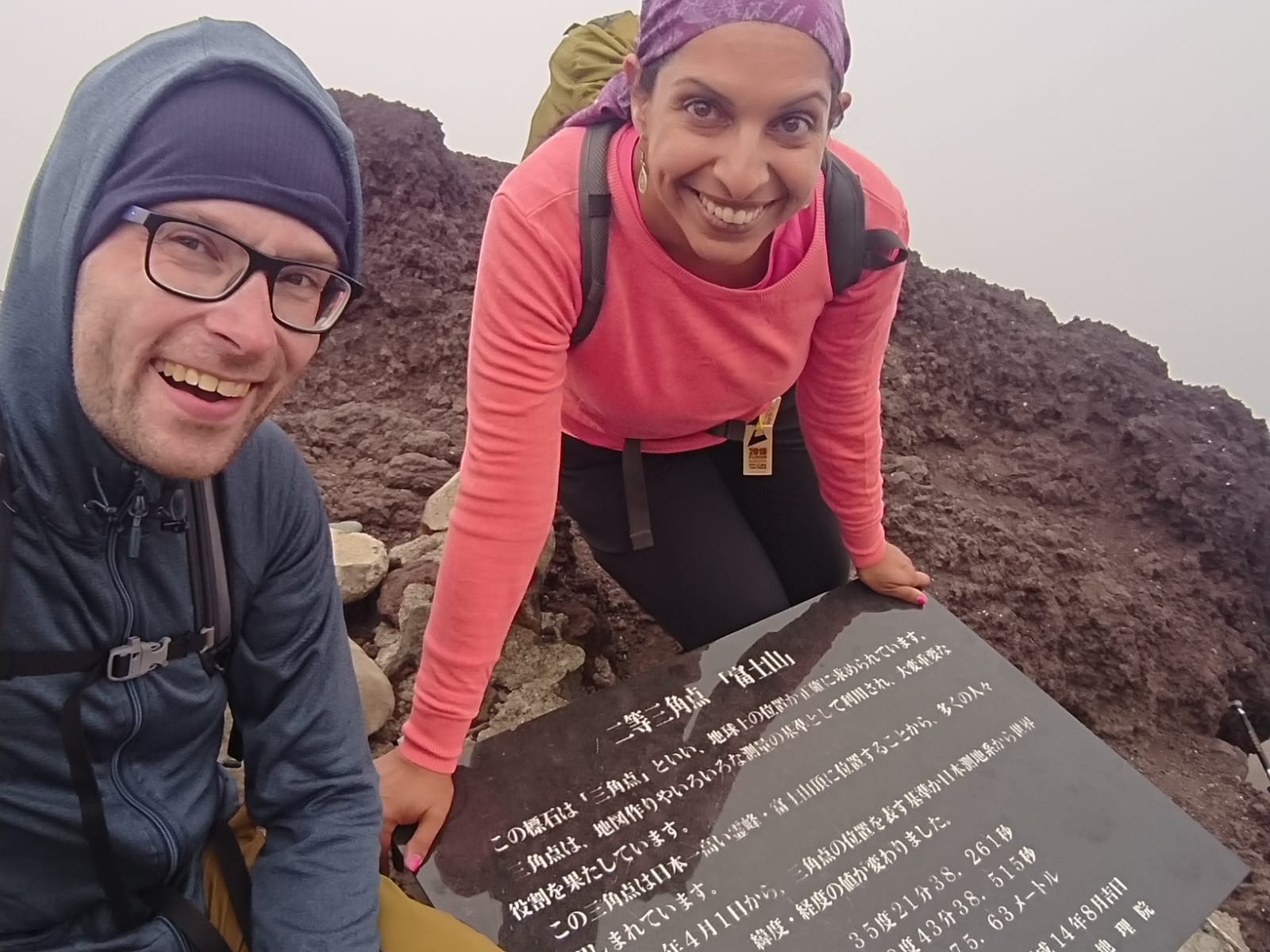 After our walk around, we jetted down the mountain to try and get as far down in daylight as possible. The decent is basically a bunch of switchbacks on a sandy gravel.  Pretty boring and each 100 meters felt like forever.  Once you get to the 6th station, the terrain changes a bit and then it’s just a walk down. 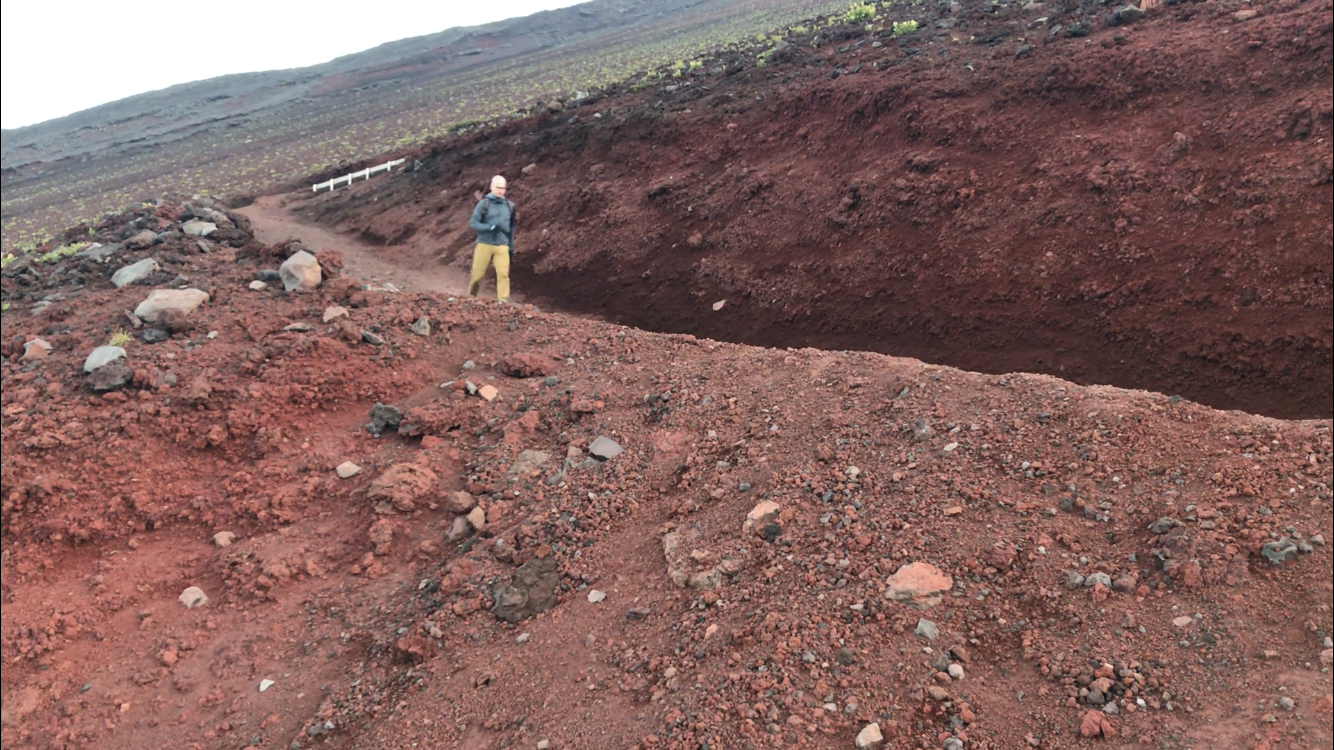 We unfortunately arrived at the 5th station at 8:05pm, just missing the last bus to Tokyo by a couple minutes.  Had we planned for a day hike, we could have made it, but we didn’t know the bus times as we were coming down the mountain.  Therefore, we ended up getting a bus to Kawaguchiko,  a lakeside town at the base of Mt. Fuji, and booking a last minute hotel near the station.

This worked out well – we managed to get a decent night’s sleep, a visit to the Onsen in the morning, and then a quick ropeway ride up to view the five lakes region and see the mountain we had just summited! 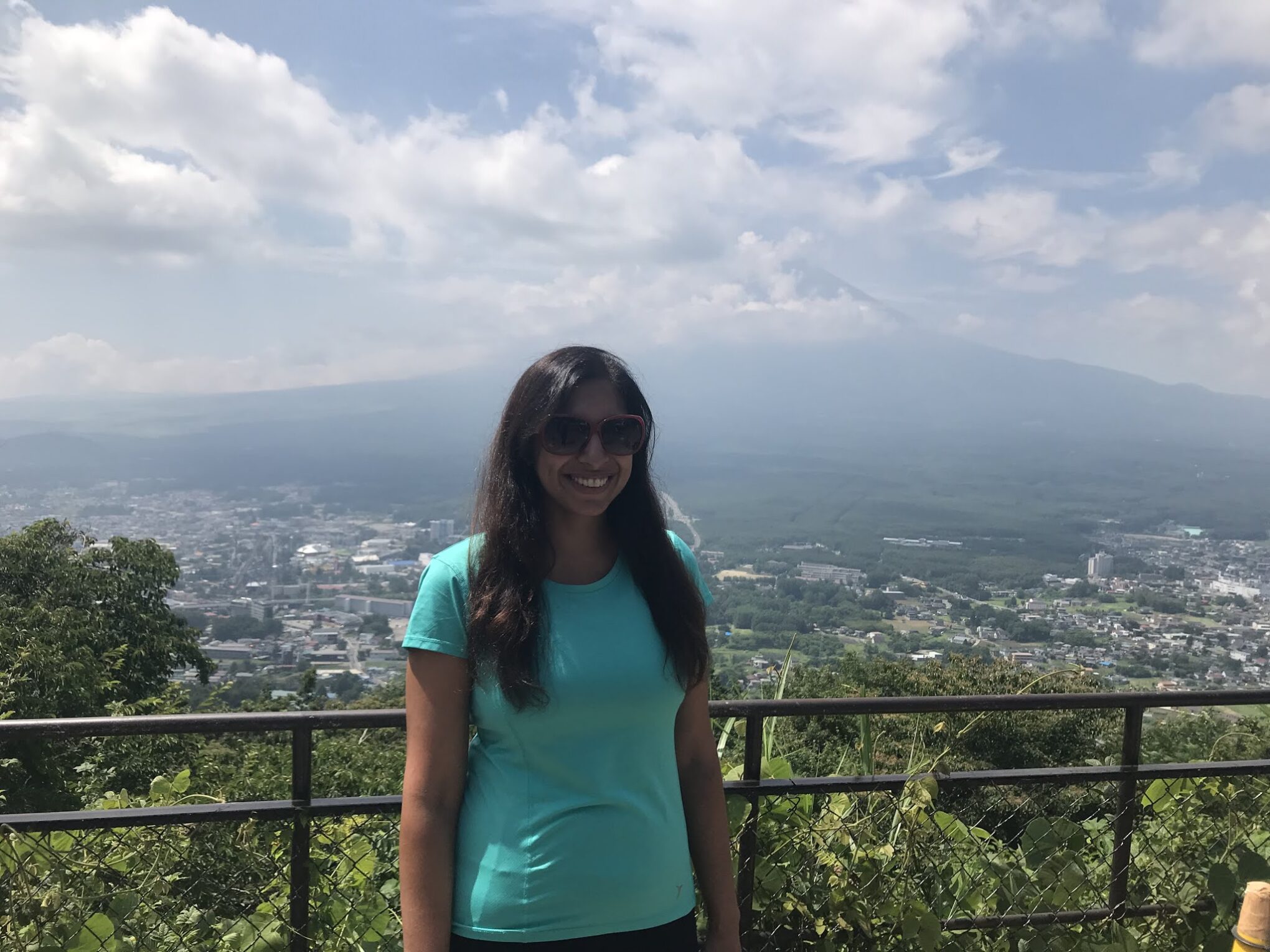 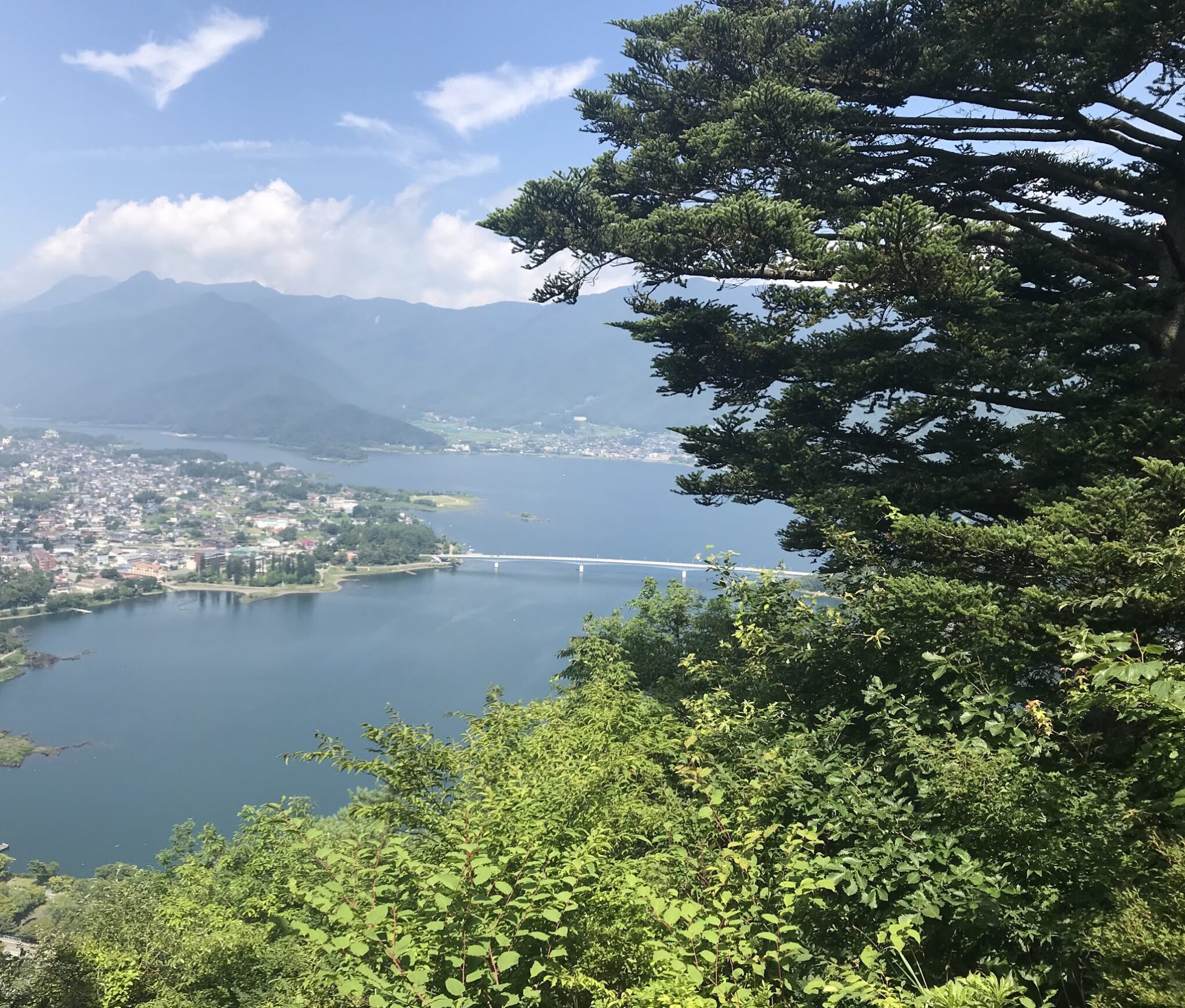 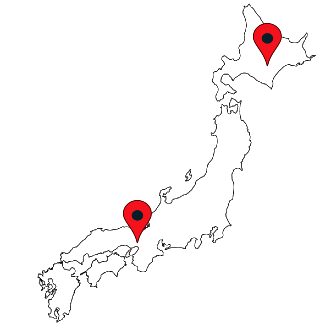 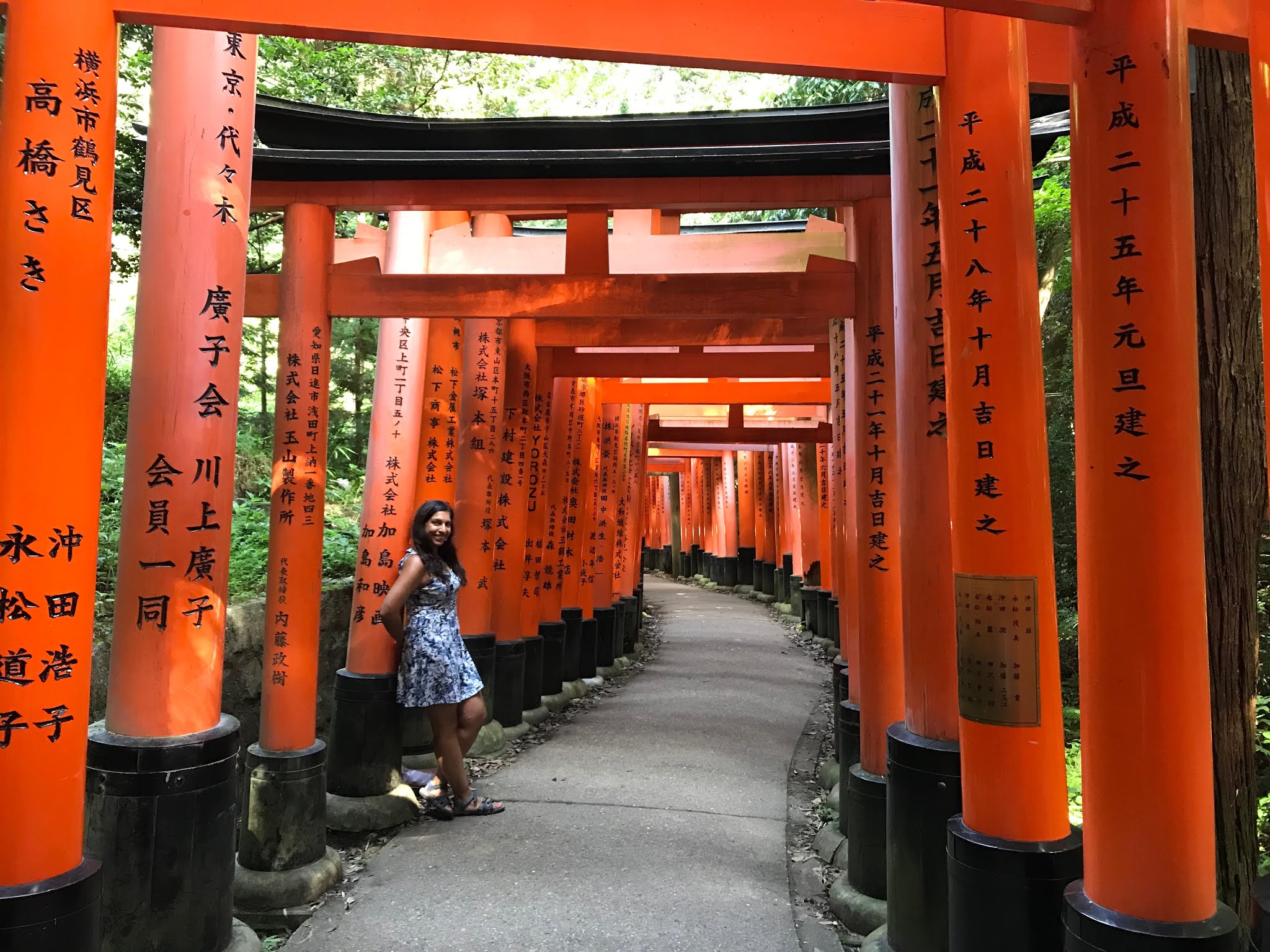 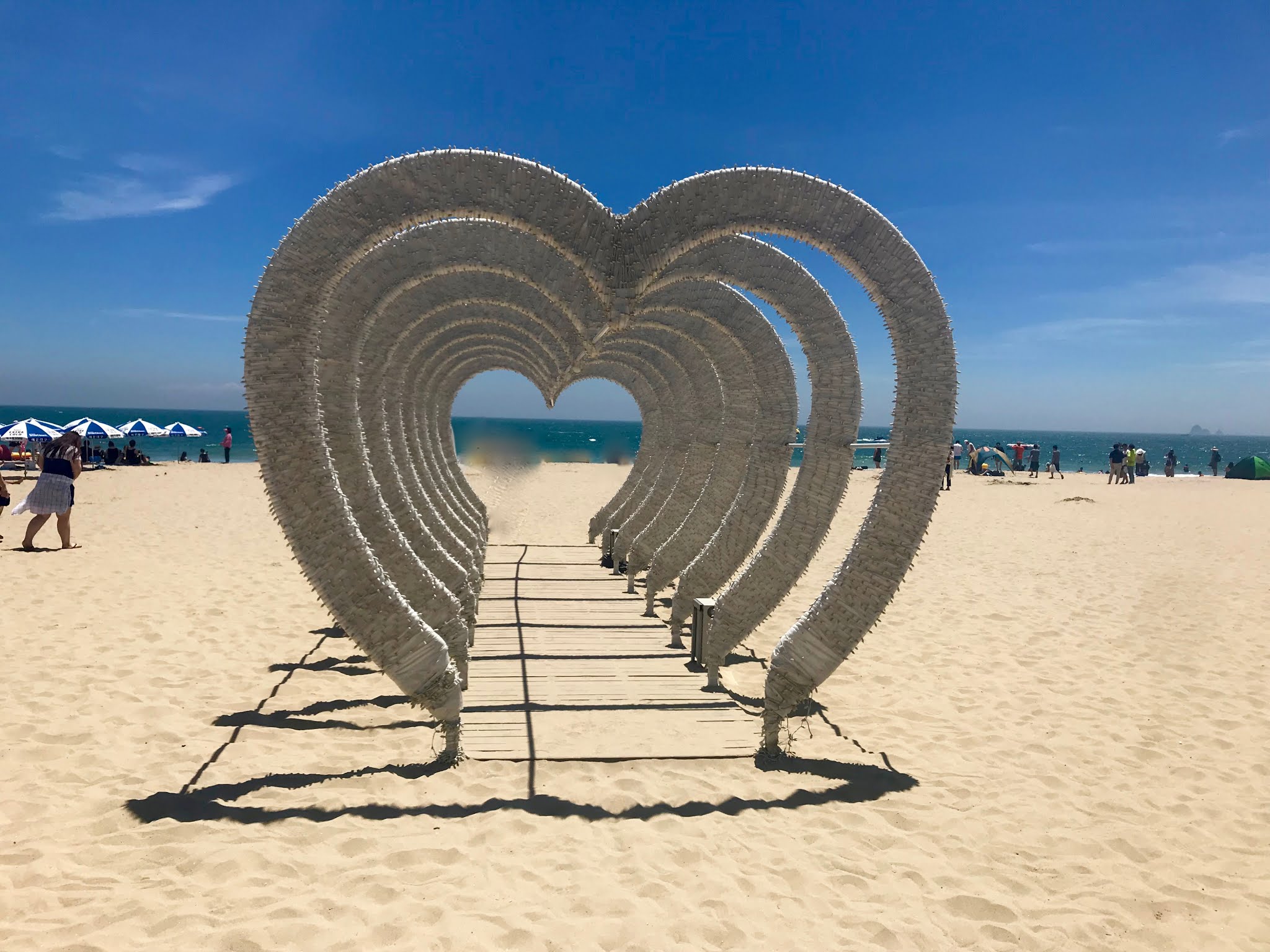 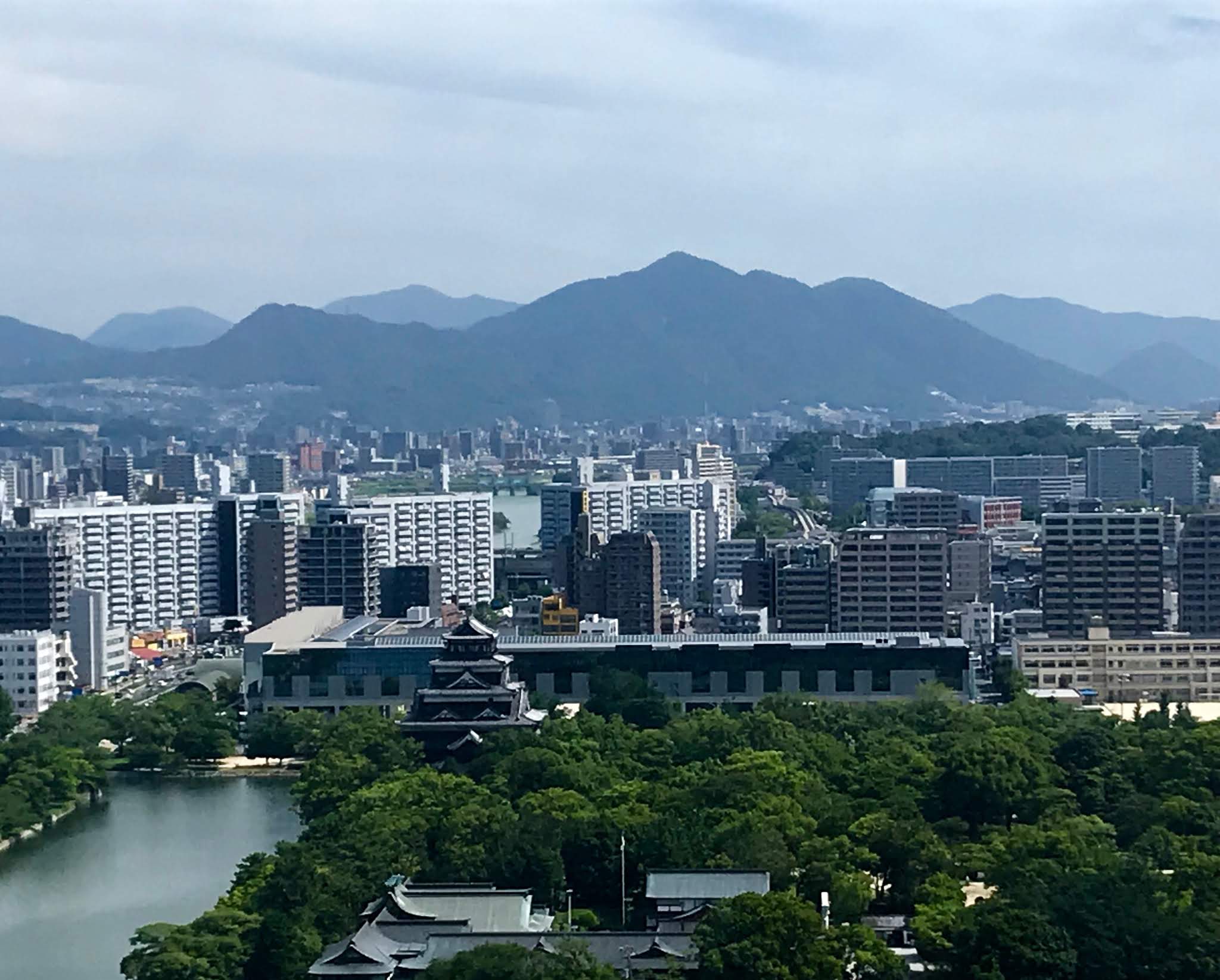 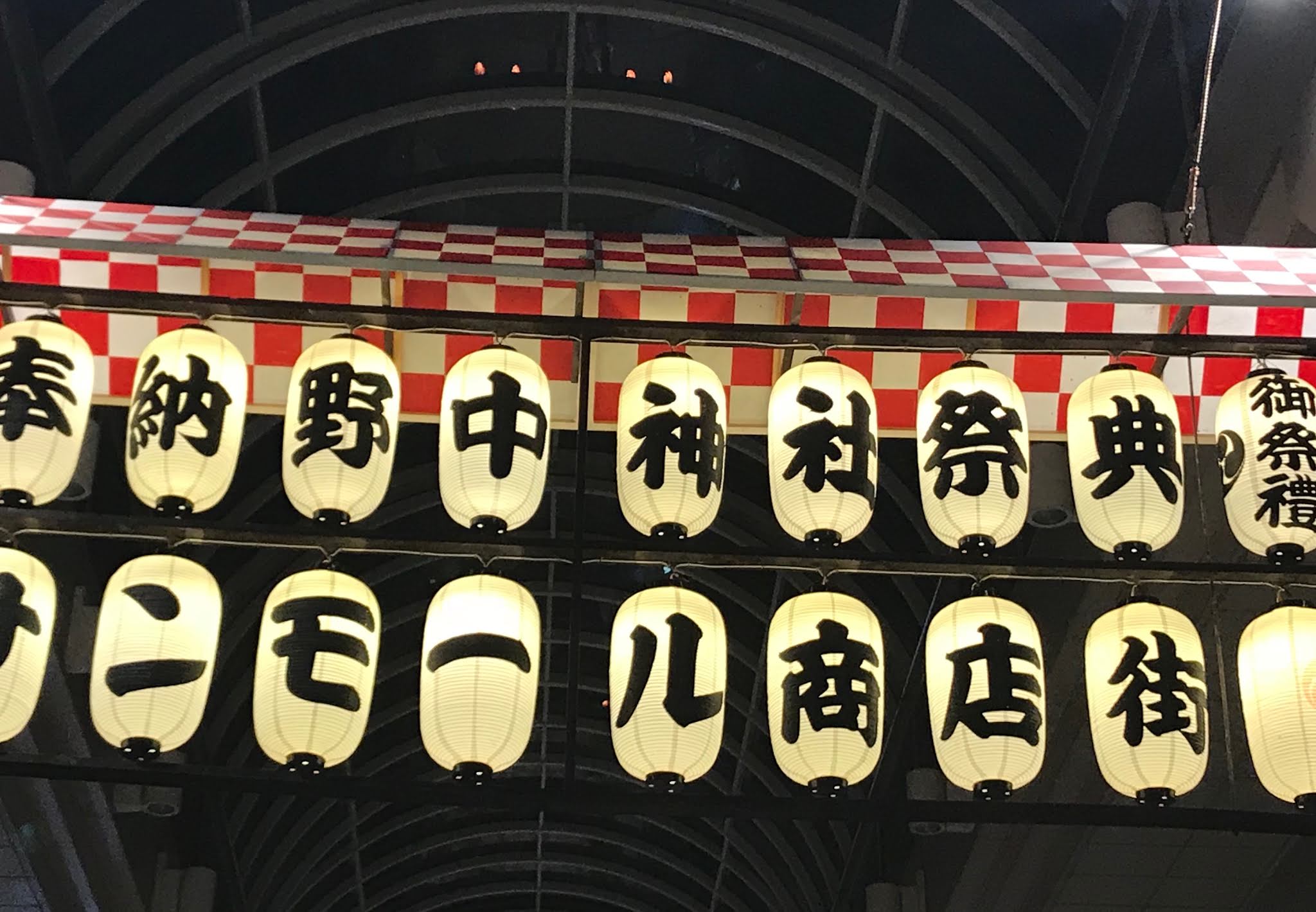